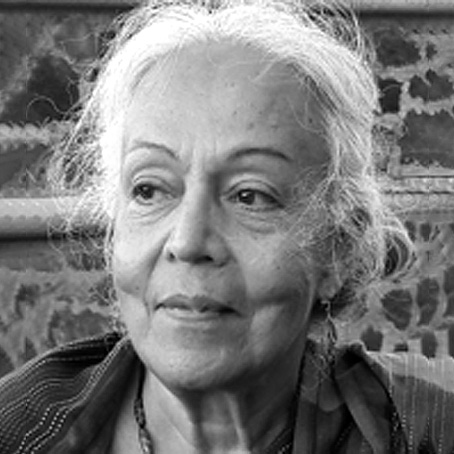 The Hindu-nationalist ideology promoted by PM Narendra Modi shares a remarkable similarity to Zionism, the Jewish-nationalist movement that oppresses Palestinians

Although faced with a backlash from Muslim countries at the offensive comments about the Prophet Mohammad by official spokespersons of India’s ruling Bharatiya Janata Party’s (BJP) – and the serious economic crisis this may precipitate for India – Prime Minister Narendra Modi has been unable to deliver a credible response.

Modi faces an impossible task: how to reconcile his chosen international image of a man of peace who loves hugging world leaders, with the murderous Islamophobic agenda he implements back home.

His mask has dropped. Modi and his BJP party, stand exposed for what they are – violent Hindu-supremacists driven by Hindutva, an ideology very similar to Zionism which seeks to transform India into a fascistic Hindu state.

India, is, of course, a very different country from Israel. It has a history of anti-colonial struggle, it is currently in dire economic straits (worse off in the global hunger index than countries like Rwanda and Sudan), and most significantly, it boasts massive people’s movements of farmers, students and indigenous people which are challenging the government and facing intense repression.

But this does not stop the BJP government from seeking to emulate Israel and its policies. Just as the Israeli state was built on ethnic cleansing, the Modi apparatus is involved in the ethnic cleansing of the 14 percent of its population who are Muslims.

India has enacted laws comparable to the Nazi Nuremberg legislations which can potentially strip Muslims of citizenship and expel them from the country; prevent them from marrying Hindus; ban them from offering prayers in public places, and so forth.

There is also a violent economic boycott of Muslim-owned businesses, while lynchings by vigilante mobs sponsored by the state are frequent.  Outspoken Muslim women are facing vile attacks online including being ‘sold’ in mock auctions, while Muslim women and girls in hijab are being barred from entering colleges and hounded on the streets by Hindu-supremacists.

In many areas, Muslims are being labelled encroachers or illegal immigrants and incarcerated in massive immigration detention centers. Recently, in a striking comparison with what commonly takes place Palestine, bulldozers have been brought into action to crush Muslim homes and property.

Modi endorses all this with his silence. Before he became prime minister, he was the chief minister of the western state of Gujarat, where, in 2002, he had presided over a massacre of Muslims in which 2000 were killed and 200,000 displaced.

Revealing the true nature of Hindutva, these genocidal attacks had been precisely planned months in advance, with mobs arriving in trucks, armed to the teeth, chanting slogans of incitement to kill, and guided by computer printouts of addresses of Muslim families and their properties, obtained from the local government.

The police joined in killing and mutilating Muslims, specifically targeting women, killing their children, born and unborn, before their eyes, before they themselves were raped, mutilated, and murdered.

The Hindutva project had another face too which was clearly revealed in Gujarat when Modi sold prime coastal land to corporations for a pittance. They reciprocated by supporting him and the Hindutva agenda. Modi soon became synonymous with development, despite soaring inequalities.

As a result of the Gujarat massacres, Modi was banned from entering the US and Britain, but was welcomed back when he became prime minister in 2014. Meanwhile, the killings engineered by the BJP continued with a series of pogroms against Christians in 2008, against Muslims in 2013 and again in 2020 – this time in the capital city of New Delhi.

The role of the British

Like Israel, which was given Palestinian land by Britain, Hindutva owes its origins to the British. Following India’s first war of independence in 1857, in which Hindus and Muslims united to fight the colonizers, the British implemented trusted divide and rule policies.

They nurtured enmity between Hindus and Muslims and encouraged the growth of right-wing Hindu and Muslim parties which became ultimately responsible for the partition of what was once India, into two countries, India and Pakistan.

Chief among these far-right Hindu parties was the Rashtriya Swayamsevak Sangh (RSS) established in 1925. Today, nearly one hundred years later, it is of crucial importance as the controlling parent of scores of Hindu supremacist groups, which include not only the BJP, but militant women’s organisations, violent student groups, and killer gangs.

Modelled on Mussolini’s Black Shirts and inspired by the Nazis, the RSS views Hitler’s treatment of the Jews as a model of ‘race pride’ which should be replicated in India against Muslims.

Just as the militant Stern Gang and Irgun shaped the Israeli state, the RSS has today penetrated much of the Indian state, from the judiciary and the police, to the media and education system – including many universities, though here the resistance has been very strong.

The creation of myths

Central to Hindutva is the rewriting of history, and like Israel, Hindutva groups are always discovering ‘evidence’ which suggests that ancient Islamic shrines are of Hindu origin, or as in the case of the Al-Aqsa Mosque in Jerusalem, claimed to be built on the Second Temple. These ‘discoveries’ are followed by mass demolition campaigns.

Even the famed and iconic Taj Mahal, arguably India’s most famous landmark and a symbol of love, built by the Mughal emperor Shah Jahan as a mausoleum for his beloved wife Mumtaz Mahal, is now being dubbed Tejo Mahalaya, a Hindu temple.

Hindutva claims that all true Indians are Aryans who lived in India from time immemorial in an area called Akhand Bharat or Undivided India, which it aims to re-establish. According to proponents, Akhand Bharat included today’s Pakistan, Afghanistan, Bangladesh, Nepal, Bhutan, Tibet, Sri Lanka, Maldives and Myanmar but its borders (like Israel’s) are constantly shifting, with Malaysia and Thailand recently added.

The BJP and neoliberalism

Despite its espousing of these medieval beliefs, however, the BJP is a modern party, which rose to power in the early 1990s by reshaping itself to fit in with India’s neoliberal policies.

The neoliberal era also brought a profound change to India’s relationship with Israel. In the early years after independence, India was committed to freedom for Palestine and its citizens were banned from visiting Israel (as well as apartheid South Africa). Indeed as a gesture of solidarity, Prime Minister Nehru famously visited Gaza in 1960.

However, by In 1992, full diplomatic relations were established between India and Israel, and when the BJP rose to power in a coalition government between 1998 and 2004, the relationship strengthened, with Israel supplying arms, including laser-guided missiles, during the 1999 Indo-Pakistan war. In 2017, Modi visited Israel – the first Indian PM to do so – and signed numerous weapons deals.

Today, India is Israel’s largest purchaser of weapons, accounting for nearly 50 percent of Israel’s arms sales. Joint ventures include the notorious Adani group and Elbit partnership. Additionally, New Delhi imports agricultural technology from Israel, and many resorts in India, are effectively places for rest and recreation for Israeli soldiers.

More recently, the Bollywood film industry is being used to cement the India-Israel relationship and fight the cultural boycott of Israel’s entertainment business. Co-productions are in the making and there have been numerous visits to Israel by Bollywood stars

On Israel’s so-called Independence Day there were celebratory parties across India marking the occasion. Israeli actor-musician Tsahi Halevi, famous for his role in Fauda, a TV show which demonises Palestinians, visited India and performed a cover of the Indian hit song “Tere jaisa yaar kahaan.”

Like their Zionist counterparts, Hindutva groups are active in the diaspora across the world. Their aim is to project India as a peaceful and highly successful democracy. To this end they have penetrated political parties in the west as well as the corporate world.

Back in India, a very intense struggle is being waged, with people’s movements, the Left, and other progressives pitted against the ruling party.

They are students fighting the attempts to impose a neoliberal Hindu-supremacist model of education; farmers who have won the first round of a battle against the corporatization of agriculture; human rights activists and lawyers fighting to defend the thousands of political prisoners in Modi’s jails – imprisoned for campaigning peacefully against fascism.

Many, though not all, of these people are Hindus, but they are not organized as Hindus. In addition, there are indigenous people or Adivasis who have their own religion and are fighting displacement from their ancestral land by mining companies. These struggles bring hope in an otherwise bleak environment, and serve as a reminder that fascism will always be defeated.

Amrit Wilson
Amrit Wilson
Keywords
Akhand Bharatarms tradeBJPBritaincitizenship rightsdiscriminationeconomic boycottGujarat massacreHindutvahome demolitions
More from this author
The unholy alliance: Hindutva and Zionism
Jun 29, 2022
PreviousNext
The unholy alliance: Hindutva and Zionism
The ideologies of Hindutva and Zionism have taken centre stage in India and Israel’s apartheid-based policies. They have a lot in common, probably more so than their supporters would like.
Jun 29, 2022
PreviousNext
Most Popular
US-Turkiye brinkmanship won’t reach a point of no return
BY MK Bhadrakumar Nov 28, 2022
The role of UK intelligence services in the abduction, murder of James Foley
BY William Van Wagenen Nov 25, 2022
A war of narratives: Who killed the child in Iran’s Izeh?
BY Fereshteh Sadeghi Nov 23, 2022
Pentagon fails to pass new financial audit, unable to account for over $2 trillion in assets
Nov 23, 2022
Israel, US to conduct air drill simulating attack on Iran
Nov 28, 2022