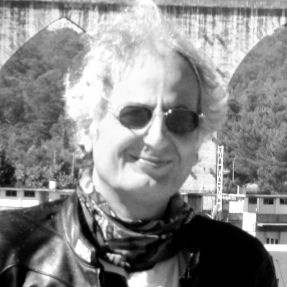 By the late 1990s, it was clear that a China-led Asia would be the dominant economic, technological and military power of the 21st century.

The late Polish-American diplomat and political scientist Zbigniew Brzezinski spelled out in 1997 that the way to control Asian growth, and China’s in particular, was to control global energy reserves.

The attacks on 11 September 2001 provided the “catastrophic and catalyzing event – like a new Pearl Harbor” to set military intervention plans in motion. As noted by US General Wesley Clark, “in addition to Afghanistan, we’re going to take out 7 countries in 5 years: Iraq, Syria, Lebanon, Libya, Somalia, Sudan and Iran.”

Rise of the ‘RIC’

In the two decades since Brzezinski laid out his strategy and the west immersed itself in failed wars, the Eurasian sovereignist core of Russia, Iran, and China (RIC) were heavily focused on national development in all arenas, including the economic, technological and military fields, and physical and social infrastructure development.

By 2018, it was clear that plans for western control of global energy reserves had failed and that the RIC had overtaken the west in many, if not most, of the aforementioned sectors.

As a result, the RIC were able to project power, protecting sovereign nations from western interventionism in West Asia, Central Asia, South America and Africa. In Iran’s case this also involved a direct military response against US forces, following the assassination of the late General Qassem Soleimani. Making matters worse, the gap between the west and the RIC is widening, with little chance for the former to catch up.

The impossibility of sustaining western global hegemony had become evident amid continuous erosion of western power and global influence, which coincide with a commensurate expansion of RIC global influence, both of which necessitated an alternative strategy: a Plan B, as it were.

Plan B: Securing the realm

In view of the irreversible widening of this gap, and the growing global influence of the RIC, the only feasible strategy for the west would be to ‘terminate the competition’ by splitting the world into two regions, one in which the west has ironclad control, where western “rules” reign, and is divorced from the RIC-influenced region.

The current geostrategy of the west is the imposition of an Iron Curtain with the inclusion of as many resource rich nations as possible. Only by realizing the west’s actual geostrategic objective is it possible to understand the reason behind its apparently self-defeating actions, specifically:

While the world is fixated on the conflict in Ukraine, the geostrategic objective of the west is being steadily advanced.

Sanctions: the catalyst of crises and coercion

The widely accepted explanation is that the west imposed draconian sanctions with the expectation that it would turn the ruble into “rubble,” create a run on banks, crash the Russian economy, weaken President Vladimir Putin’s grip on power, and pave the way for a more amenable president to replace him.

None of these expectations materialized. On the contrary, the ruble strengthened against the dollar and the euro, and the Russian economy is faring better than most western economies, which are witnessing record inflation and recessionary indicators. To add insult to injury, Putin’s popularity has soared while those of his western counterparts are hitting record lows.

The west’s after-the-fact explanation that sanctions, and their repercussions, were not well thought out, do not hold water.

Often overlooked though, has been the devastating impact of these sanctions on the Global South. US economist Michael Hudson argues that the Ukraine war is merely a catalyst to impose sanctions that would result in global food and energy crises – allowing the US to coerce the Global South to be “with us or against us.”

Indeed the impact of these crises are compounded by the earlier detrimental impact of Covid lockdowns. Food, energy and economic crises are further exasperated by the US Federal Reserve raising interest rates which directly impact the debt servicing ability of Global South countries, placing them on the edge of bankruptcy and at the mercy of the western-controlled World Bank and International Monetary Fund — the instruments for effectively locking these nations within the western realm.

Thus, despite the very negative impact of sanctions on western countries, these nevertheless fit perfectly with the strategic objective of locking in as many Global South countries within the western sphere of influence.

Tensions with China and Iran:

Driving a wedge between Eurasian powers has been an axiom of western geostrategy, as expressed eloquently by Brzezinski: “The three grand imperatives of imperial geostrategy are:

In this regard, raising tensions with Beijing and Tehran, while the west is involved in a proxy war with Russia, appears contradictory.

However it starts to make more rational sense when contextualizing the strategy as one aiming to establish an “Iron Curtain” that separates the world into two: one is the western Realm, and the other is Brzezinski’s ‘Barbaria,’ at the core of which are the RIC.

The western realm will continue on its path of neoliberalism. Yet due to significantly smaller populations and resources under its control, it will be significantly impoverished compared to present, necessitating imposition of police states for which Covid-19 lockdowns provide a glimpse into the socio-political future of these states.

Global South countries under the western realm will continue down a path of increased poverty, requiring management by dictatorial governments. Political turbulence is expected as a result of deteriorating socioeconomic conditions.

‘Barbaria,’ as reflected in the very diverse political and economic models of the RIC, will have a variety of development models, reflecting the civilizational diversity within this realm and the mutually beneficial cooperation which currently exists between the RICs, and between the RIC and others.

What about the Global South?

Facing the perfect storm of food, energy, inflation and debt servicing crises, many Global South countries will be in a very weak position and may be readily coerced into joining the western realm. This will be facilitated by the fact that their economic, and consequently, political elites, have their interests aligned with the western financial construct – and will thus wholeheartedly embrace joining the west.

The inability of west to provide effective solutions to these crises, coupled with their colonial past, will make joining Barbaria more attractive. This can be further influenced by the RIC providing support during this crisis period.

Russia has already offered to assist in the provision of food to Afghanistan and African countries, while Iran notably provided gasoline to Venezuela during its fuel crisis. Meanwhile, China has a successful track record of infrastructure development in Global South countries and is spearheading the world’s most ambitious connectivity project, the Belt and Road Initiative (BRI).

As Russian economist and Minister of Integration for the Eurasia Economic Union (EAEU) Sergey Glazyev already hinted when describing the emerging alternative global financial network: “Countries of the Global South can be full participants of the new system regardless of their accumulated debts in dollars, euro, pound, and yen. Even if they were to default on their obligations in those currencies, this would have no bearing on their credit rating in the new financial system.”

How many Global South nations can the western realm realistically expect to hold onto when Barbaria offers a clean slate, with zero debt?

Where does this leave West Asia?

The Axis of Resistance will be further aligned with Barbaria; however, political elites in Iraq and Lebanon favor the western realm. Thus, a politically turbulent period is expected in such countries. Due to the inability of west to offer economic solutions, coupled with the clout of local Resistance parties in these countries, the end game for Iraq and Lebanon is ultimately to join Barbaria, along with the de-facto government of Yemen.

Oil sheikhdoms of the Gulf are creations of the west and therefore belong in the western realm. However due to events of the past two decades, this may not necessarily be where they all line up.  The west’s debacles in Afghanistan, Iraq, Syria and Yemen have convinced the sheikhdoms that the west has lost its military edge, and is no longer able to offer long term protection.

Furthermore, unlike the west, Barbaria has a track record of not directly meddling in the internal affairs of nations, a factor of significance for the sheikhdoms. Recent diplomatic tensions with the west have been evidenced by Saudi and UAE leaders rejecting the oil production demands of the US administration – an unprecedented development. If offered convincing protection by Barbaria, oil sheikhdoms may decide to join it.

End of an Era

Retrenchment of the west marks the end of a long era of western expansionism and oppression. Some date this era back six centuries to the start of European colonization in the fifteenth century. Others date it even further back to the Great Schism and the subsequent Crusades.

The latter are supported by a statement attributed to British Field Marshal Edmund Allenby on entering Jerusalem in 1917:  “only now have the crusades ended,” and the fact that church bells chimed worldwide in celebration of the occupation of Jerusalem.

During this era, hundreds of millions all over the globe were massacred, civilizations were wiped out, billions suffered and still suffer. To state that we are living in epochal times is a gross understatement.

Naturally the end of such an era cannot happen peacefully; the wars of the past 30 years are witness to this.

The regression of western initiated wars from direct military intervention (Yugoslavia, Afghanistan, Iraq) to wars by proxy (Syria, Iraq, Ukraine) augurs well, as it reflects the realization by the west that it is no match militarily to the RIC. Had there been any lingering doubts, the war in Ukraine has put them to rest. Thus it can be concluded that the worst is over.

Internal instability in some Global South countries will exist in the near future; a consequence of the struggle between diverging interests of populations and neoliberal ruling elites. Decline and impoverishment of the west vs. the rise of RIC will favour the resolving these struggles in favour of the peoples and alignment with RIC.