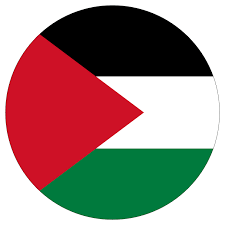 The round of fighting between Israel and the Palestinian Islamic Jihad (PIJ) – alongside a number of small Palestinian resistance factions in the Gaza Strip – ended at midnight on Sunday, 7 August.

The very next morning, at dawn, the Israelis began demolishing homes in Jenin, a resistance stronghold in the northern occupied West Bank, and the morning after that, also in Jenin, its security forces assassinated three members of Fatah’s Al-Aqsa Martyrs Brigade.

The three men were close to Al-Quds Brigade, the PIJ’s military wing. The latter claims its fighters had tried to defend them and had confronted the attacking Israeli forces.

One thing is clear: Without missing a beat, Israel has swiftly moved to reap the benefits from its Gaza offensive by launching security operations in the West Bank.

Is it Jenin’s turn now? Has Israel really been able to break the bond between the parties of the “Axis of Resistance” and end the unified Gaza-West Bank deterrence strategy drawn up by PIJ?

Is the West Bank next?

Israel chose a sensitive time to strike at the deterrence equation between the Gaza Strip and the occupied-West Bank, something the Palestinian resistance has long worked to nurture. The unexpected resurgence of resistance activity in the West Bank, following the Sayf Al-Quds battle (Sword of Jerusalem) in May 2021, was a shock for Tel Aviv as much as it was for the resistance, providing the latter with an opportunity for expansion into new territory.

Palestinian Islamic Jihad, which spearheaded military build-ups and support bases in West Bank cities such as in Jenin, Tulkarem, Tubas and Nablus, moved to establish the “Unity of Fronts” operation, advocated for over a year by its Secretary General Ziad al-Nakhala in his speeches and interviews.

Because Nakhala realized that Israel’s security clampdown on emerging resistance activities in these West Bank cities could undermine them in the short term, he imposed a new deterrence equation on Tel Aviv by threatening to bomb Israeli cities from the Gaza Strip. The complexities surrounding Gaza, however, left PIJ isolated in this endeavor.

To put recent events in context: On the evening of 2 August 2022, the Israeli provocation began with the arrest of Sheikh Bassam Al-Saadi, one of the most prominent leaders and founders of PIJ in the occupied-West Bank. This was despite the fact that Saadi has not had any direct organizational activity in the PIJ.

His presence in the Jenin refugee camp, however, has effectively served to guarantee co-existence between the various Palestinian factions, especially the PIJ and Fatah. His detention by the Israelis may therefore leave a vacuum, leading to increased disruption by Palestinian security services when organizational or personal problems arise between the two factions.

The morning after Saadi’s arrest, Israel mobilized its combat units and a tank battalion on the Gaza border, brought in hundreds of reservists, and cut off and diverted roads adjacent to the border, in conjunction with the active movement of warplanes and drones in the skies over the densely-populated Gaza Strip.

Although PIJ did not initially react, the international and Egyptian mediations began to gather momentum in anticipation of a potential military clash. PIJ did stipulate one thing: the release of both Al-Saadi and the hunger-striking prisoner Khalil Al-Awawda were necessary for any short-term respite in resistance activities.

At that point, Israel claims to have spotted elements of the PIJ carrying anti-armor missiles and searching for targets to hit. They further alleged that these fighters worked under the direction of PIJ commander Tayseer al-Jabari, in what appeared to be an effort to set the scene to justify a series of high-profile resistance assassinations.

…to scene-set for military assault

After three days of tension, on 5 August, Israeli warplanes launched Operation Breaking Dawn, which began with the assassination of that same PIJ commander of the Gaza and North Brigade, Tayseer Al-Jabari.

According to an Israeli military statement, within “170 seconds” it targeted 15 observation points belonging to the Palestinian resistance, leading to the death of 10 people, some of them civilians, including several children. It was clear from the outset that the Israelis limited the escalation to targeting the leaders of PIJ exclusively, and warned the Hamas movement against interfering in this battle.

Informed sources told The Cradle that within an hour after the Israeli attack began, the resistance factions discussed plans to respond to the Israeli escalation in three meetings held simultaneously – in Gaza, Beirut, and Tehran – under the auspices of Hezbollah and Iran’s Islamic Revolutionary Guards Corp (IRGC).

The sources said that all parties agreed on a unified and joint response to the Israeli escalation. At 9pm on the evening of 5 August, the armed wing of PIJ, the Al-Quds Brigade, began to retaliate with large missile bursts that targeted the Gaza periphery and cities inside occupied Palestine, to a depth of 70 kilometers.

PIJ sources further revealed to The Cradle that the Al-Qassam Brigades, the military arm of Hamas, had apologized for not publicly participating in the battle, but expressed its willingness to participate and offer support without announcing it.

Political analyst Ayman Al-Rafati says that since the arrest of Sheikh Al-Saadi, Tel Aviv had worked assiduously to provoke the PIJ into an isolated military escalation with Israel. But when PIJ maintained an ambiguous silence for four continuous days, Israel decided to launch the offensive anyway.

The aim of this military operation was to strike a blow that would drain PIJ’s capabilities for confrontation, to sow discord between the “Unity of Fronts” (the various Palestinian areas), allowing Israel to disband the expanding ‘resistance brigades’ in West Bank cities without facing retaliation from Gaza – in effect, to break the PIJ’s deterrence strategy in two.

Another goal was to completely neutralize Gaza as a potential participant in the Levant’s other confrontations – especially the Lebanese front, where a possible military escalation may unfold over the disputed Karish gas fields.

A third goal was to disrupt harmony between the entire Axis of resistance, since any tensions between PIJ and Hamas would likely not be confined to Gaza and would pour into their respective relationships with the Iranians, Syrians, and Lebanese resistance group Hezbollah. This was quickly demonstrated when the Syrian media began attacking Hamas for its unwillingness to participate in the battle with Israel.

Virtually singlehandedly, the PIJ’s Al-Quds Brigade fired around 1,100 retaliatory rockets at major cities in occupied Palestine such as Tel Aviv, Ashkelon, Ashdod, and Beersheba – in addition to the remarkable feat on 8 August when it simultaneously fired 200 rockets at 58 Jewish settlements flanking the Gaza Strip.

Political researcher Ismail Mohammed says that had the battle lasted 24-48 hours longer, and had external mediation efforts not succeeded in halting it, Hamas would have been forced to enter the fray to prevent the collapse of its public credibility.

Hamas was not involved initially for a variety of reasons, but just days into the fight, it was already struggling to contain its embarrassment.

While Hamas’ participation may have led to an expanded war with Israel, it also would have increased the Palestinian resistance’s ability to thwart Tel Aviv’s battle objectives and preserved the unified front between Gaza and the West Bank.

Why Hamas stayed out

But what are the obstacles that prevented its participation?

Muhammad tells The Cradle: “There are a number of obstacles, some of which are logistical and related to [Hamas’] Al-Qassam Brigades, who have not yet fully recovered from the May 2021 Sayf al-Quds battle in which it lost about half of its missile arsenal, with a limited ability to compensate due to obstacles to the entry of raw materials needed for local manufacture.”

Another obstacle was the group’s concern that if Al-Qassam Brigades intervened, it would only serve to tighten Israel’s siege over the Gaza Strip and cut off two main sources of revenues: a Qatari financial grant (95,000 families in Gaza each receive a $100 grant monthly), and the earnings of 15,000 Palestinians who work in Israel.

This would result in Gaza’s loss of $50 million per month in Qatari grants, electricity subsidies, and income from Palestinian workers. It was not a cost that Hamas was prepared to bear. In effect, Israel had “paid” for Hamas’ silence and reluctance to militarily engage in the fight. It is what Israeli Defense Minister Benny Gantz hinted at when he announced after the ceasefire that the last battle was based on a well thought-out calculation.

There are significant negative repercussions to Hamas’ non-participation. Muhammad argues that “this paves the way for Israel to pursue a policy of singling out, as it is not unlikely that it will launch later a campaign against the Popular Resistance Committees, for example, or only against Hamas. And there we go again down the slippery slope.”

The current round may be over, but there are no guarantees that the fighting will not be renewed soon. Israel seems pleased with the outcome of this operation and has been quick to reap its benefits by diverting its security attentions to the West Bank, specifically in Jenin and Nablus.

Tel Aviv may launch a major battle in Jenin soon, since PIJ is currently weakened despite its fierce response to Israel. Just as Hamas did not intervene now, there is no guarantee that it will intervene later.

The Israelis say they have been able to transform Hamas from a “problem“ into a “solution,” because in their view it is the only group capable of controlling PIJ more than Egypt, and even Iran.

Israel undeniably dealt a blow not only to the PIJ but to the Resistance Axis as a whole, which is why the Axis powers must meet and consult again to study the experience, adapt to the challenges, and overcome any differences as they prepare for inevitable, upcoming battles.

In his postwar speech, PIJ leader Ziad al-Nakhala tried to minimize damage to the resistance when he said the movement remained on good terms with Hamas. Lebanon’s Hezbollah Secretary General Hassan Nasrallah also reiterated in his recent Ashura commemoration speeches that coordination between the resistance parties are ongoing.

Moreover, Nasrallah warned Israel against “miscalculations“ with Lebanon, especially the assassination of any Hamas or PIJ leader in Beirut.

The Cradle has also learned that Hamas and PIJ have formed a joint committee in the Gaza Strip to investigate claims of resistance rockets that fell in Gaza and may have led to Palestinian casualties.

While a few rockets backfired, the sources say the preliminary investigation indicates that in some cases the Israeli ‘Iron Dome’ anti-missile system deliberately shot down rockets above Gaza in order to cause Palestinian casualties and then shift blame to the resistance.

The important question is whether the two movements will continue to coordinate in order to restore cohesion and unity, and to anticipate what Israel plans for the West Bank and Jerusalem – or whether a rift will appear between them?

The answer is worrying, because although their respective leaders speak of an amicable relationship, things seem tense between their cadres on the ground and there have already been exchanges of accusations of betrayal and treason.

However, there is equally a possibility that the situation will be remedied by the regional resistance leadership and that the state of unity that existed in 2021 will be restored. If not, Israel will move next from PIJ to target Hamas, as Tel Aviv does not ultimately differentiate between the resistance factions.