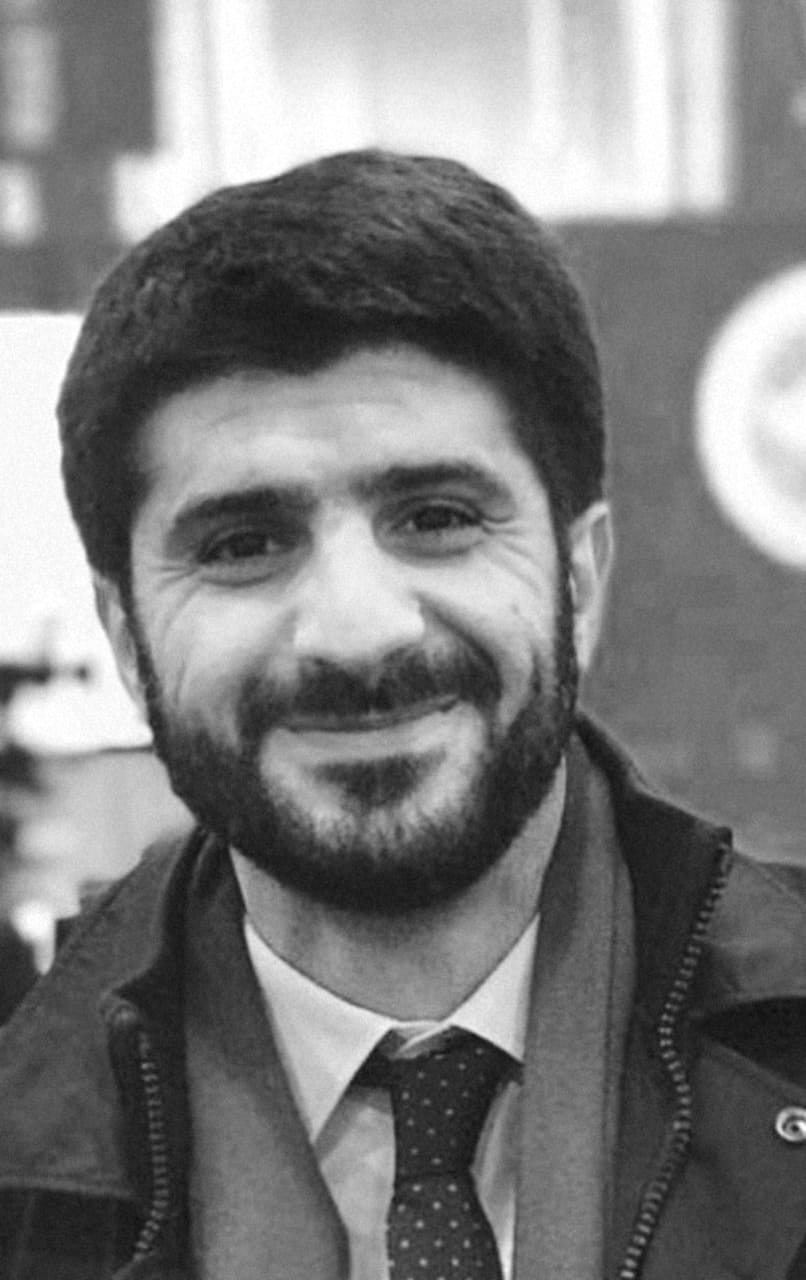 After more than a decade of a foreign-backed regime-change war, exploitative Turkish and US occupation, and repeated Israeli attacks on its territorial integrity, Syria has come a long way from the regional and international isolation intended to topple the government of President Bashar al-Assad.

Of the Arab states that suspended diplomatic relations with Damascus 11 years ago at the start of the war, most have since re-established their envoys in the Syrian capital, such as Bahrain, Kuwait, the UAE, and Oman, or have re-established security and political dialogues, as in the case of Saudi Arabia.

Going against the grain

However, a notable exception to this current of normalization with Syria has been Qatar. The tiny, resource-rich Persian Gulf state was the first Arab country to shutter its embassy in Damascus and has consistently opposed the idea of Syria’s re-admission to the Arab League following its suspension in the early days of the war.

This unwavering stance has been recently reiterated by Qatar’s ruler Sheikh Tamim bin Hamad al-Thani in light of efforts by Algeria to include Syria in the upcoming Arab League summit in November.

Nevertheless, the invitation extended by Algiers was politely turned down by the Syrian government so as to “to unite the Arab ranks facing the challenges posed by the current situation,” according to Algeria’s foreign ministry.

The feeling is mutual

It is difficult, if not impossible, to find a single Syrian official eager to talk about relations with Doha. This, in spite of Syria’s policy of maintaining open communication with Arab states, including with Saudi Arabia which funded opposition militants in the Syrian war.

Yet Damascus has been adamant that it has no intention or desire to restore relations with Qatar, considered to be a hostile country by the Syrian authorities for its continued support for Al-Qaeda affiliate Hay’at Tahrir Al-Sham (HTS) and other terrorist organizations in northern Syria.

Qatar was one of the first foreign entrants into the Syrian conflict, bank-rolling armed factions in coordination with the CIA, including the precursor to Al-Qaeda affiliate Hay’at Tahrir al-Sham, Jabhat al-Nusra.

Doha’s role was even acknowledged by the US Defense Intelligence Agency (DIA), which stated In 2016 that the Nusra Front “probably received logistical, financial and material assistance from the elements of the Turkish and Qatari governments.”

These allegations can be traced to the ruling House of Thani. In 2020, Issam al-Hana, a Moroccan leader of al-Nusra arrested in Iraq revealed that Qatari Sheikh Khaled Suleiman was financing the group with more than a million dollars a month.

Qatar also found itself implicated in a high-profile British court case in 2021, in which the state’s ruling elite and institutions had allegedly “funnelled millions” of dollars to al-Nusra.

In May 2022 fresh charges were made in the US against prominent Qatari institutions accused of wiring $800,000 to an ISIS “judge” who ordered the beheading of American journalists Steven Sotloff and James Foley.

From President Assad’s ascension to power 22 years ago, up until the March 2011 onset of the Syrian crisis, Syrian-Qatari relations had made great political and economic strides. This, in stark contrast to the strained ties between Damascus and Riyadh, particularly after the assassination of the Saudi-backed former Lebanese Prime Minister Rafik Hariri in 2005.

During the height of relations between Syria and Qatar, senior officials made frequent visits, the two sides exchanged diplomatic and political support, joint companies were established, and the Qataris opened more than one bank in Damascus.

Qatar was not alone in working hard to develop its relations with Syria. Turkey, another key supporter of the Syrian militancy whose troops currently occupy the Syrian north, also enjoyed positive commercial and political relations with the Assad government prior to 2011.

“It turned out that all the steps of Qatari and Turkish rapprochement before the war were part of an American plan to contain Syria and pass the Qatari gas pipeline through its territory to Turkey and then Europe, which is what President al-Assad was aware of. After the US discovered the difficulty of containing Syria, the decision was taken to overthrow the regime and divide the country, and this is one of the reasons for the war. Unfortunately, Qatar, with its money, media, and support for terrorist groups, spearheaded this conspiracy, and still is.”

“Throughout the meeting, the emir sat like an emperor, legs spread, preaching about reforms and democracy, and what Syria should do, and in the end he spoke of a partnership with the Muslim Brotherhood in power. It was a very bad meeting,” the official explained.

The official added that after the meeting, the scene in Damascus became clear:

“The Americans placed the Syrian file in Qatar’s custody in the first phase of the war. Al-Jazeera engaged in a media war, Qatari money flowed to the armed opposition, and Doha opened its hotels to host the Syrian opposition. The Qataris believed that with the money they could bring the Muslim Brotherhood to power in the entire Arab world, and they bear a great responsibility for the destruction of many Arab countries such as Syria and Libya.”

However, an Arab diplomat who asked for his identity not to be revealed, shares a different view, telling The Cradle that:

“The bad relationship between Qatar and Syria began when the Syrians did not know how to benefit from the Qatari role, did not listen to advice, and refused to involve the Muslim Brotherhood in power. The Qataris have repeatedly tried to open a dialogue between the regime and the opposition, but President al-Assad did not want to make any reforms and concessions.”

The diplomat points out that “Qatar supported the Syrian opposition within an international and Arab coalition.”

To date, the Qataris have not shown any hint of goodwill toward Damascus. For Syrian officials, the hostile Qatari role continues, albeit at a slower pace after it became clear that its regime-change project had failed.

Former Qatari Foreign Minister Hamad bin Jassim, in more than one television interview about Doha’s role in the war on Syria, described it as “prey over which a group of hunters are fighting.”

Columnist Abu Abdallah says “it is sufficient to listen to Hamad bin Jassim’s confessions that Qatar paid $140 billion to finance the war, to realize the great Qatari role in destroying Syria and killing its people.”

He points out that the Qatari media war against Syria continues unabated, and Doha still hosts opposition television stations and digital media platforms that incite violence against the Syrian state.

Who is really isolated?

It should be noted that Syria’s intensity of hostility toward Qatar applies neither to the rest of the Persian Gulf states, nor to security or political contacts with Ankara. “Turkey is a big country and a major player in the region, while Qatar is a puppet of the Americans,” says Abu Abdallah, also a founder of the Syria-Turkey Friendship Movement.

“Relations with the United Arab Emirates and the Sultanate of Oman were not cut off in the first place, and they have returned to normal with Bahrain, and there are security and political contacts and talks with Saudi Arabia,” he said, explaining:

“Prince Mohammed bin Salman said in a meeting with a senior Syrian official that he was not responsible for the [Saudi] policies of the past, and that he was ready to restore relations. The desire of the two sides to communicate, in addition to the Russian role, helped break the ice, and one of the results of that was the end of the Saudi-armed and funded Jaysh al-Islam militant group in Syria. But it is certain that the hard-line US position towards Syria and the Qatari role is what hinders progress in relations with Saudi Arabia.”

On the other hand, according to the Arab diplomatic source, Qatar is benefiting from the US and its western allies’ position – and “even from the Saudi position” – to put some brakes on the Arab push toward normalization with Syria.

He claims that “the Saudis, and not only Qatar, do not want to develop the relationship with Damascus. It is difficult to accept Syria as it was without significant changes and without the implementation of international resolutions.”

In the past years, some third parties have tried to mediate between the Syrians and the Qataris – at whose behest is unclear: “The Iranians and the Russians tried. But President Assad is very strict on this matter, and they understand the rightness of our position,” another Syrian official reveals.

Can we witness a transformation in Syrian-Qatari relations soon? “Nothing is impossible in politics – and in light of rapid international and regional changes,” he muses. “But nothing is currently in sight. This is a very complicated issue and depends on the steps taken by the Qataris, starting with stopping support for terrorism, followed by other necessary steps towards Syria.”

At present, Doha’s normalization with Damascus remains unlikely. The recent momentum toward rapprochement with Syria by Hamas and even Turkey – if successful – would leave their mutual ally Qatar as the only regional state without a pathway back to Damascus.

Only Doha can judge whether its continued hostility is worth the cost of shunning a historic Arab giant. The longer the rift, the higher the price of return.