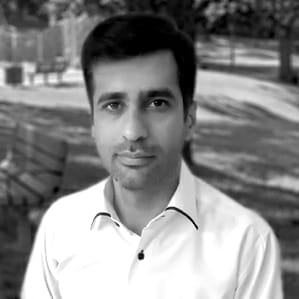 Turkey’s foreign policy under the ruling Justice and Development Party (AK Party) is based on the ideology of “Neo-Ottomanism.” Ankara employs soft power and military intervention to promote three priority axes: the Muslim Brotherhood, Pan-Turkism, and moderate Islamism to serve as a model for Sunni activists in the region and beyond from West Asia and North Africa to Central Asia.

Western-oriented approaches of previous Turkish governments -with recent priority given to Syria and the Eastern Mediterranean  – have also played a part in Ankara’s limited activity in Yemen.

Despite this relative inactive foreign policy, Ankara has swiftly passed through three stages in Yemen: it has veered from supporting the Saudi-led coalition, to silence, followed by de-escalation. At present, Turkey’s preference of diplomacy with neighboring countries has opened the door to similar attitudes towards Yemen.

What does Turkey want in Yemen?

As mentioned, Turkey’s current foreign policy has three axes -among them, the promotion of moderate Islam, which in turn is a projection of soft power. Despite a bitter history of the Ottoman Empire in this corner of Arabia, and unlike the main foreign stakeholders in the conflict, the modern Republic of Turkey is a relative newcomer to the complex political arena of contemporary Yemen.

This has encouraged Ankara to try influencing the hearts and minds of Yemenis through this soft power in order to advance its own interests.

As the effective inheritor of the Ottoman Empire, Turkey presents itself as a Muslim power that is far more responsible and ethical than influential Arab states. In early 2019, Turkey’s Deputy Interior Minister Ismail Çatakli visited Yemen’s southern port city of Aden to discuss the humanitarian situation and infrastructural investments.

Around that time, Foreign Minister Mevlut Çavuşoglu stated that “finding a solution to the Yemeni issue will be one of Turkey’s priorities in 2019,” placing particular blame on coalition partners Saudi Arabia and the UAE for the current humanitarian crisis. More recently, in May, Ankara’s chief diplomat accused Abu Dhabi of fuelling the chaos in Yemen.

Through promoting its soft power, Turkey hopes to forge a role as a provider of humanitarian aid so that after the end of the crisis, it can further develop relations with a future government of Yemen and build a bridge for its future policies.

Given the circumstances, where Turkey has less political and economic influence in Yemen than other competitors – namely, Saudi Arabia, Iran, the UAE, and even the US – this may be the best option for Ankara. A prominent supporter of the Muslim Brotherhood, Turkey is also trying to deepen its ideological ties with the Islah Party, widely seen as the Yemeni chapter of the Brotherhood.

From a Realist approach, Ankara’s real interests arguably lie in developing a strong presence in the Red Sea and the Horn of Africa. In December 2016, Turkey signed an agreement with the northeastern African country Djibouti, to establish a free trade zone of 12 million square meters with a potential economic capacity of $1 trillion.

In September 2017, Turkey established its biggest military base overseas in Mogadishu, the capital of Somalia and a key city in the Horn of Africa. The lifting of US sanctions on Sudan in the following month, also caught the attention of the Turkish government. As the first Turkish president to visit Sudan, Recep Tayyip Erdogan signed $650 million in deals, including $300 million of direct investments.

Turkey considers Yemen as the gateway to Africa and the Red Sea; the Strait of Bab al-Mandab, the Gulf of Aden, and the ports of Yemen in the Red Sea are all strategic areas where Turkey can exert influence in the southern entrance of the Red Sea.

The Bab al-Mandab strait is where the oil of the Persian Gulf Arab sheikhdoms is transported to the Red Sea and from there to the Suez Canal to be sent around the world. Therefore, the presence of Turkey can potentially apply political pressure on these oil producing nations.

In this regard, in early 2020, the Yemeni Minister of Transport, Saleh al-Jabwani, traveled to Ankara to negotiate with his Turkish counterpart to form a joint committee for the development of transportation infrastructure in Yemen, including the modernization of ports and airports.

However, while it illustrates Turkey’s intention to invest in and use Yemeni ports to strategic ends, this decision was rejected by the former exiled-Yemeni President Abed Rabbo Mansour Hadi.

Three stages of diplomacy in Yemen

At the beginning of Riyadh’s military intervention in March 2015, President Erdogan announced that Turkey supported the coalition’s objective of toppling the Ansarallah-led government in Sanaa. He also went onto to criticizing Iran’s regional ambitions in both Yemen and Iraq. “The aim of Iran is to increase its influence in Iraq,” he added, “Iran is trying to chase Daesh from the region only to take its place.”

There were several reasons for Turkey backing the coalition. Firstly, Ankara is engaged in a rivalry with Iran through sponsoring opposing sides in Syria and Iraq, and now in Yemen, with most of power lying with the Iran-allied Sanaa government. The Saudi-backed Islah Party are also among Ansarallah’s main opponents on the ground, who as mentioned earlier have drawn closer to pro-Brotherhood Turkey.

Second, Saudi Arabia’s paradoxical shift toward the Brotherhood changed after King Salman bin Abdulaziz Al Saud came to power in January 2015. His predecessor, the late-King Abdullah, was in favor of eliminating threats from Muslim Brotherhood movements in Arab countries such as Egypt, but under King Salman, Riyadh focused on improving relations with Doha and Ankara to counter Iran, and was less concerned about the Brotherhood.

This provided Ankara with an additional incentive to support the war against Yemen, because it meant weakening Iran while coordinating with the Saudis on their mutual animosity toward the Islamic Republic’s regional role.

A non-interventionist approach was the second stage of Turkey’s diplomacy toward Yemen. Since 2017, along with the Saudi-led blockade of Qatar, Ankara felt that it’s alignment with the coalition would eventually prove costly and therefore decided to pursue a non-interventionist policy in Yemen.

Turkey’s economic downturn in 2018 and its decision to normalize relations with the UAE, Saudi Arabia, and Iran have also influenced this foreign policy shift.

The “active” approach is the latest stage of Turkish diplomacy toward Yemen. After pursuing its destabilizing policies based on a competitive foreign policy with its neighbors over spheres of influence, Ankara gradually realized that pursuing these policies was eroding its own power.

This was especially so following the growing domestic unrest, driven by economic mismanagement and mistrust of the Turkish government. It was around this time that Erdogan pursued a policy of de-escalation with the UAE, Israel, Egypt, and Saudi Arabia to adapt to the changing political landscape.

A back-door entry into the Yemen conflict

The warming of ties between Ankara and Riyadh has given rise to the speculation that Turkey intends to join the Arab front against Iran and to covertly become involved in the Yemen war. This limited involvement may come in the form of increased support for the Islah or arms sales, especially advanced Turkish drones, to Saudi Arabia in exchange for Riyadh’s investment in Turkey.

In April 2021, Al-Monitor reported that although there was no accurate information about Turkey’s entry into the Yemeni fray, the so-called Syrian National Army, an armed group backed by Turkey, has been working to send dozens of mercenaries to Yemen with a monthly salary of $2,500. Similarly, the Violations Documentation Center in Northern Syria said Turkey’s intelligence agency assigned an opposition commander to recruit fighters to be sent to Yemen.

Yemen provides an opportunity for Turkey to further its regional ambitions with potential low-risk and low-cost benefits. The geopolitical and ideological upside of Turkey’s possible presence in Yemen – and Ankara’s recent de-escalation with Saudi Arabia and the UAE – have convinced Turkish officials to take a closer look at this strategic part of the Arabian Peninsula.