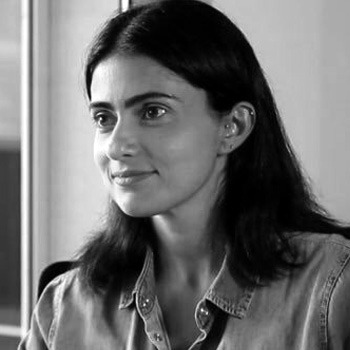 Lebanon’s economic collapse can no longer be halted by a bailout; it needs a wholesale makeover

It has been two years since the collapse of the Lebanese economy. According to the World Bank, Lebanon’s economic and financial crisis is likely to rank in the top 10 – possibly in the top three – most severe crises in the world since the mid-nineteenth century.

Poverty is on the rise, the middle class has plunged into poverty, real GDP per capita has fallen by 37.1 percent, consumer prices have soared, the Lebanese lira has lost more than 85 percent of its value against the dollar, and the financial sector is bankrupt.

While the situation worsens, the political establishment has spent the past two years vacillating over an economic and social recovery plan for Lebanon.

The first attempt to vote in a recovery plan dates back to the government of former prime minister Hassan Diab, on 30 April 2020.

Diab’s recovery plan outlined the losses of the banking sector, the imposition of capital controls, cut-offs for deposits above 500,000 US dollars, and the restructuring of the financial sector.

The plan was met by strong opposition from the banks, the Banque du Liban (Lebanon’s Central Bank), and the Finance and Parliamentary Committee (in particular, deputies Ibrahim Kanaan, Yassin Jaber, Nicolas Nahas), as well as various political parties and representatives of the private sector. The plan failed, and talks with the International Monetary Fund (IMF) for a bailout came to nothing.

On 10 September, following a 13-month vacancy in the executive branch, a new government was formed headed by the billionaire Najib Mikati, also a former prime minister.

Once again, the government attempted to adopt a recovery plan, with no success to date. The central problem obstructing all proposals is the absence of agreement on the distribution of losses and the identification of responsibilities.

The Banque du Liban, other banks, and all the members of their political parties resolutely deny responsibility for the crisis, while punishing society through the reduction of the value of deposits, the decline of currency value, and through the seizure of public property.

A common element between the Diab and Mikati governments, in spite of fundamental differences in approach, is to seek an IMF program, as though it were the one and only solution to extract Lebanon out of its crisis.

Despite numerous internal actions, Lebanon has around $30bn in foreign reserves, which are more than enough to finance a reform program, diversify economic and trade relations, impose tax on wealth, and kickstart the shift towards a productive economy.

The main objective of an agreement with the IMF is to secure three to four billion dollars for Lebanon, if financial reforms and anti-corruption measures are implemented.

More importantly for Lebanese officials, however, is that an IMF deal is set to regain the confidence of the international community, and unlock $11 billion pledged in 2018 through the CEDRE conference organized in Paris.

Despite all this, the question remains: Does Lebanon really need an agreement with the International Monetary Fund, knowing that this financial institution also has a political agenda, a history of imposing unpalatable austerity measures, and is strongly influenced by Washington in its decisions?

Could and should Lebanon pivot towards alternative investments available from newer, multipolar, and less-intrusive institutions? Could and should China, Russia, or West Asian neighbors become the saviors of Lebanon?

Russia is accused by the west of controlling energy resources in the eastern Mediterranean, and extending its influence into Lebanon.

Over the past few years, Russia has offered Lebanon security and military coordination, as well as investments, especially in the energy sector.

One the main projects was the signing of an operations and services contract between the Lebanese Ministry of Energy and Water and the Russian state-owned oil company Rosneft, in 2018. The contract was for the rehabilitation and operation of oil through Tripoli Oil Installations (TOI).

According to Lebanon’s former minister of energy and water, Cesar Abi Khalil, this was a strategic decision with known benefits.

“TOI is now productive and valuable,” Abi Khalil said, “and we are able to store around half a million of fuel derivates to face any potential obstacle.”

Abi Khalil, who signed the deal, said that the most important benefit is “transforming Tripoli (north) into a mandatory passage for Iraqi oil.”

Another project involved Russia’s largest independent natural gas company, Novtek, which has a 20 percent stake in Blocks 4 and 9 in Lebanon’s offshore fields. The deal was signed in 2020.

In February 2018, Russian Prime Minister Dmitri Medvedev signed a military agreement to issue a credit line of $1 billion that would provide the Lebanese Army with ammunition for free.

Under US pressure, the Lebanese government postponed its decision on the matter.

During bilateral meetings, both Lebanese and Russian politicians discussed the creation of  attractive conditions for Russian investments. These included the reconstruction of Beirut port, building of power stations, infrastructure projects, and improvements in bilateral trade.

“Procedures, however, are slow from their end, and they look for investments that generate profits, and it is hard to attract them now while we are struggling with the collapse,” Abi Khalil explained.

Lebanese economist Hasan Moukalled said that, despite Russian business interest in Lebanon having started a year and four months ago, “[this interest] has not evolved yet into an official Russian decision to expand its influence in Lebanon.”

A former minister, who requested anonymity, told The Cradle about his meeting with a former Chinese diplomat. The minister explained that China did not want confrontations with the US over investments in Lebanon.

This, he added, despite the fact that trade ties are strong, with around 40 percent of Lebanese imports coming from China, as well as offers by Lebanon for Chinese companies to invest in Lebanon’s electricity grid, in the port of Tripoli (an important link in China’s Belt and Road Initiative), in the revival of the Beirut-Tripoli railway, and in the reconstruction of post-conflict Iraq and Syria.

Hasan Moukalled, who is known for bringing Chinese companies to Syria and Lebanon, says that China sees Lebanon as an important part of its Belt and Road Initiative, and part of their area of interest through Syria and Iraq.

On the other hand, Cesar Abi Khalil describes Chinese delegations who visited Lebanon as “interested in investing, but to our surprise refused our official frameworks and our bidding process.”

Can the future be in the Levantine market?

This eastern economic integration was the plan of current Lebanese President Michel Aoun, even before his election and the country’s economic collapse unfolded.

“[It was] never implemented due to political divisions and US sanctions against Syria,” says an advisor to President Aoun. “The eastern belt is a potentially huge market, and there is a need to establish it to develop our economy.”

It is not a question of alternatives, or ‘who’ invests in the country. As Hasan Moukalled explains: “Yes, heading east is a solution, but what matters is having our own national plan.”

“How can we diversify our options when security and the army, and every sector is controlled by the US?” the advisor to the president went on to ask. “The biggest problem in Lebanon today is the absence of unity. What is the role of the country now? Which economic and political system do we want? What are our goals and plans?”

Definitive answers to these questions could provide a strong basis for Lebanon to work its way out of its crisis.