Home Analysis Investigations Interviews News
Home / Analysis / Turkey’s Road to Damascus is difficult but necessary
Iraqi resistance group warns of attacks against US, Israeli targets in Kurdistan region
9 minutes ago
Turkey plans to block ascension of Finland, Sweden to NATO
1 hour ago
Israeli media says Russian missiles targeted their jets over Syria
2 hours ago
Iran's foreign minister on official visit to the UAE
16 hours ago
Turkey’s Road to Damascus is difficult but necessary
Turkish reports suggest that Ankara is exploring the possibility of resetting ties with Syria. This policy shift will be complex but will be in the interests of both countries going forward. 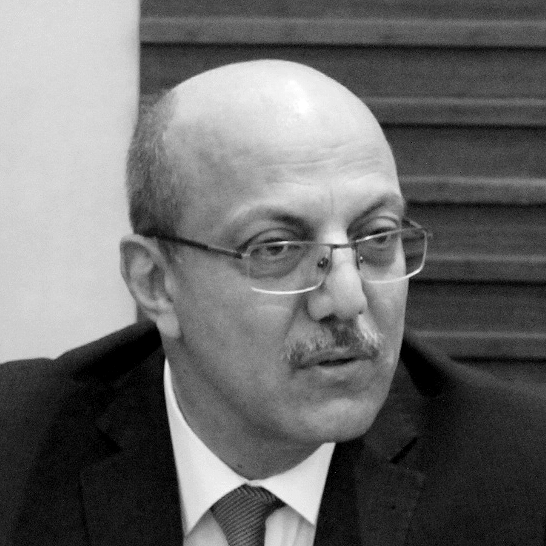 Will they or won't they? The Turkish press has been abuzz on the possibility of a Syrian-Turkish dialogue. But while Turkey clearly needs the economic boost, Erdogan appears bitter about his losses, and Assad will not easily forget the betrayal.
Photo Credit: The Cradle

Editor’s note: The Cradle is republishing an edited piece that appeared in Syria’s Al-Watan newspaper. This column was notable in that a prominent and influential Syrian writer is promoting the re-establishment of ties with Turkey – the northern neighbor most heavily blamed for the destruction of Syria during the war, and which currently has occupation forces in Syria’s north. The Cradle strives to air regional perspectives that are rarely voiced in the English language. This article has been republished with permission from Bassam Abu Abdallah.

I have written several articles in the Syrian newspaper Al-Watan about the possibility of restoring Syrian-Turkish relations. Although this issue is complicated and arduous, I believe it is a necessity that can only be achieved from Ankara.

The truth is that every time I wrote on this subject, I was faced with a barrage of questions and doubts about its possibility:

“The Turks stabbed us in the back. We didn’t give them what they wanted. We have surrendered our own economy, industry and security to them. Turkish President Recep Tayyip Erdogan cannot be trusted.”

Understandably, the Syrians who lost their sons in this dirty and brutal war are more vocal in their criticism of Turkey and the Erdogan government, which they once hailed as “brothers, partners and friendly countries in destiny,” in reference to the strong bilateral relationship between 2000 and 2011.

Frankly, Erdogan’s government opposes a reset in relations with Damascus as long as it is in power – and believes that this is not possible anyway. This view is shared by Syrian President Bashar Al-Assad’s allies, Moscow and Tehran. Collectively, they created obstacles for the ‘Neo-Ottoman Project’ and therefore Erdogan retains a complex against Assad for this.

The wound that this war has inflicted on Syria’s national body is severe. Although funded in great part by many petro-dollar-rich Arab states, Turkey’s ruling Justice and Development Party (AK Parti or AKP) government has played a huge role in the resultant humanitarian catastrophe. The war of destruction and terror imposed on Syria is the dirtiest and most destructive war our region has witnessed since the Second World War.

So, what has changed now that we propose the rebuilding of these relationships? Why are there so many media reports in Turkish newspapers about the recent Hurriyet article discussing the possibility of dialogue with Damascus that rekindled debate about Turkey’s policy towards Syria? Why is it now on the agenda? I will try to summarize the reasons I believe are behind this shift.

1. Turkey cannot improve its relations with Damascus without opening the doors of relations with Arab countries such as Egypt, Saudi Arabia and the United Arab Emirates, and before that, with Israel.

The main Arab countries mentioned are important for political and economic reasons. As for Israel, it is key to winning favor with the US. Normalization with Damascus is therefore not easy for Ankara without provoking Washington, which still strongly oppose normalization.

Being objective in this regard is important in terms of understanding the obstacles that stand in the way of relationships. My goal is not to justify the behavior of the Turkish government, but to explain what reasons have an impact on it. Erdogan’s government is also caught between necessities and preferences. We’re at a point where necessities prevail over preferences.

2. It is difficult for Ankara to establish a strong and stable relationship in the long term with Arab countries without repairing relations with Damascus. After all, Syria is Ankara’s terrestrial bridge to the central and southern regions of Iraq, bypassing Jordan, Lebanon, Saudi Arabia, the Gulf states and even northern Iraq. This route is the most important trade gateway for Ankara.

It is also the economic lifeline of Turkey’s provinces along the Syrian border. Alternative sea routes to deliver Turkish goods to the Persian Gulf market are long and expensive.

3. Turkey’s 2023 elections are just around the corner amid serious economic challenges facing the state. The overall financial picture places serious pressure on the government to deliver urgent relief. This is particularly the case for the provinces located on the Turkish-Syrian border, the regions most affected by the economic crisis.

The illicit income that a small group of people generate from the war zone by looting oil and agricultural products cannot cover the losses of these provinces. In addition, due to the war in Ukraine, there was also a serious damage to the export of agricultural products.

The difficulties in exporting 90 percent of agricultural products to Ukraine and Russia, as well as the increased cost of access to Arab markets in the Persian Gulf, have dealt a real economic blow to Turkish trade. The deterioration of relations with Damascus and the resulting disruption of transit trade was disastrous for many private companies.

4. Even assuming that Erdogan’s decision to open a new chapter with Damascus is not strategic but tactical, when we look at the extent of Turkey’s economic interests, we see that the Turkish economy and interests are in Asia, including neighboring Iran in addition to China, Russia and Central Asian countries.

Prior to the war in Ukraine, the share of Turkish export commodities in European markets was only 30 percent. The majority of this trade is with Germany. Trade relations with other European states are relatively modest. The importance of Syria, its geographic location, and relations with Moscow, Beijing and Tehran are clearly going to be key for Turkey in the future. We must assume that in the medium and long term, Ankara cannot be judged independently of its positive or negative relations with Damascus.

5. The issue of Syrian refugees, which the opposition uses against Erdogan and his party has become a major Turkish domestic political issue. The sociological and psychological impact of poor economic conditions on Turkish citizens will also be used against the government.

There is a significant number of people who will attribute the lack of jobs and food to the presence of Syrians and other refugees. There will also be internal and external forces politicizing the issue for their own agendas.

This could lead to civil unrest and instability as public grievances increase, blaming the government for bringing in refugees who will be seen as causing unemployment and inflation for Turkish citizens.

Of the estimated 3.6 million Syrian refugees in Turkey, at least half have left areas controlled by the Syrian state. Any solution involving their resettling in Syria will require reaching an agreement between the governments of Ankara and Damascus.

6. The ethnically divisive Kurdish Issue is the most important security issue concerning the national security of both states, which makes the return of Ankara-Damascus relations all the more logical.

Perhaps one of the most important aspects of the Syrian war is that Turkey’s pro-Kurdish Peoples’ Democratic Party (HDP) and Syria’s People’s Defense Units (YPG) proved that these groups are two sides of the same coin. We have seen how these two organizations abuse the concerns and rights of our Kurdish brothers, how they trample on democracy, justice, freedom and law, which they vigorously defend in discourse for their own narrow organizational interests, and how these values are only a tool for them.

Crucially, both organizations have been used as pawns by the US, Israel and some European states. These secular, women-prominent organizations, which are exonerated and favored by the western press, are collaborators and tools of the US and Israel.

Another important priority of these Kurdish groups is to change the demographic structure of the region, to build an ethnically divisive state over Syria in order to influence and spread to Turkey from there. These ethnic separatist organizations seek to break up the nations of the region, fuel ethnic conflicts, and undermine regional states in favor of US and Israeli interests. The return of Ankara-Damascus relations is imperative to eliminate these threats.

7. The reasons we have mentioned above provide a favorable environment for a return of Syria-Turkey relations.  The good relations between Ankara and Damascus will be supported by the overwhelming majority of both the Turkish and Syrian people.

It will also create the opportunity for Syrian refugees to return home peacefully. The Turkish public in turn will approve and support the opening of relations with Damascus. This positive mood and satisfaction in society will contribute greatly to Turkey’s economy, politics and security. In addition, the issue of refugees, which is open to abuse and abuse by many inside and outside, will be shelved.

As a sincere friend of Turkey and the Turkish people and a regular commentator on the importance of Damascus-Ankara relations, I wanted to underline where the interests of Turks and Syrians are. If Ankara shows this sincere step and goodwill, Damascus will reciprocate accordingly.

It will meet national interests and priorities of both countries. However it is important that the Turkish army withdraws from Syrian territory and that Ankara respects Syria’s territorial integrity, independence, security, and sovereignty and does not meddle to undermine these principles.

Only Syrians alone must decide on what forms the constitution or other issues concerning the Syrian Arab Republic and its future.