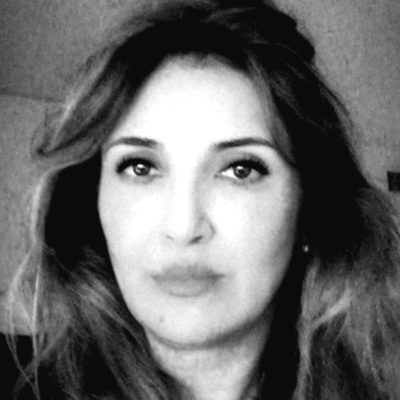 Lebanese President General Michel Aoun and other officials had a choice: they made the wrong one, the illegal one.

Three sets of Lebanese laws expressly forbid Lebanese citizens from interacting with Israeli ones. Yet, on 20 October, and in broad daylight, the US Department of State’s Special Envoy and Coordinator for International Energy Affairs, Amos Hochstein – an Israeli national – waltzed into Beirut to meet Lebanon’s top brass.

Hochstein may have entered Lebanon on a US passport, but this was no “American.” The former diplomat and lobbyist, born and raised in Israel, served in the Israeli army from 1992–1995, during its occupation of Lebanon.

Did no-one in Lebanon do their homework? Or did the US State Department and its envoy in Beirut, Ambassador Dorothy Shea, plan this as a humiliation for a Lebanese government characterized as ‘pro-Hezbollah’ by Washington?

The US State Department ignored my request for an explanation as to why they would send an Israeli national to Lebanon for an already sensitive task.

Did they think Amos would be an impartial mediator in the hotly contested Lebanese–Israeli battle over oil and gas claims in the Mediterranean Sea? Was this Israeli soldier boy the best they could do – or was this a deliberate American attempt to rub Lebanon’s nose in the dirt?

No chief of protocol worth his or her salt would have dared to let this one slide. For all we know, Hochstein could have been a soldier in the notorious Khiam prison during the Israeli occupation, banging on the tiny metal boxes into which Lebanese locals were crammed for sound-and-heat torture.

To ensure the Lebanese keep a hard distance from their aggressive southern neighbor, the country has not one, but three sets of laws to ensure commerce, communication and collaboration with Israel and Israelis is nil.

Lebanon’s code of military justice, its criminal code and the 1955 Boycott Law all prohibit contact with Israel, but their language can be vague and prison sentences can vary dramatically.

A cursory look online identifies at least 15 names of people tried and convicted for dealings with Israelis, most of them in 2020 and 2021. Some of these are Lebanese living abroad, tried in absentia. This includes Jamal Ahmad Rifi, the Australia-based brother of Lebanon’s former Minister of Justice and Internal Security Forces (ISF) ex-chief, Ashraf Rifi, an extremely pro-west figure in Lebanon.

Of the list of 15, only two have been released – one, awaiting another sentence; the other, dead, after being whisked away by the Americans.

The first is Kinda Khatib, a political activist sentenced in December 2020 by the Military Tribunal for allegedly communicating with the enemy, visiting Israel and sharing intelligence. Khatib, who is brashly critical of the Lebanese resistance, was released on bail earlier this year, pending re-sentencing.

The second is Amer Fakhoury, former member of the South Lebanon Army (SLA), a pro-Israel militia that fully collaborated with the enemy state during its invasion and occupation of Lebanon. Fakhoury was tried in absentia in the 1990s and convicted for his crimes, then inexplicably showed up in Lebanon decades later, where he was arrested and detained for six months.

A US helicopter choppered Fakhoury out of detention – and Lebanon – in 2020, to the horror of Lebanese victims tortured by Fakhoury and his ilk in the very same Khiam prison mentioned above. Reports suggested that Fakhoury’s release had been orchestrated under heavy US pressure.

Fakhoury’s case is a no-brainer – he openly collaborated with Israel and was responsible for the death and torture of Lebanese nationals. But Lebanese law is equally applicable to those who make cursory contact with Israelis  – even on social media.

Miss Lebanon Emigrant 2017, Amanda Hanna, was stripped of her title when it was discovered she had visited Israel with a Swedish passport. Her 2015 predecessor, Saly Greige, was almost forced to relinquish her title when a photo of her emerged with Miss Israel:

“Since the first day of my arrival to participate to Miss Universe, I was very cautious to avoid being in any photo or communication with Miss Israel, who tried several times to take a photo with me,” Greige told Reuters, claiming that despite these refusals, her Israeli counterpart had “photobombed” her.

That same year, Lebanese film director Ziad Doueiri was briefly detained, and his passports confiscated for filming in Israel five years earlier. Despite widespread public backlash against the filmmaker, Lebanese authorities released Doueiri, citing he had committed no crime.

Yet, also in 2017, the same authorities banned Hollywood’s Wonder Woman from playing in Lebanon’s movie theaters, because the lead was an Israeli.

Clearly, Lebanese courts and judges appear to differ in their standards of sentencing and leniency for treasonous crimes. This lapse has much to do with the inherent weakness in governance in Lebanon – and the fact that two vastly contrasting world views dominate the body politic and dilute any strong direction.

Israel violates Lebanon’s airspace every day. Israel threatens Lebanon, kidnaps its nationals, assassinates its resistance, steals its energy resources, its water, bombs its allies, subverts and sabotages Lebanon’s attempts at independence and advancement. And it does this every day.

Lebanese laws to prohibit contact with the enemy state are valid and within reason. But they can only be enforced by example.

When the Lebanese president Michel Aoun violates the sanctity of his office by meeting with an Israeli national who served in the IDF during Lebanon’s occupation, he drives a knife into the wounds of the thousands of Lebanese people who sacrificed their lives and loved ones in protection of their country.

Is Michel Aoun an ally of the Lebanese resistance? I think not.

When the Lebanese parliament speaker Nabih Berri meets with the Israeli national who served in the IDF during Lebanon’s occupation, he mocks his entire Shia community who suffered the hardest; and he disparages and degrades his mentor Musa al-Sadr who sought to liberate that community.

Is Nabih Berri an ally of the Lebanese resistance? I think not.

The former head of Lebanon’s Military Court, Brigadier-General Khalil Ibrahim, says of the Israeli’s visit that “the blame should be placed on this government that didn’t object to [Hochstein’s] trip.”

Ibrahim tells The Cradle: “the government should have refused to receive him when they identified him as an enemy national, as governments have a right to do, when they refuse to accept any ambassador or envoy because of his or her past record.”

Lebanon’s ruling government needs to nix the Israelis and school the Americans in diplomatic manners. Next time Amos tries to cross this border, he should be received with a boot up his ass.