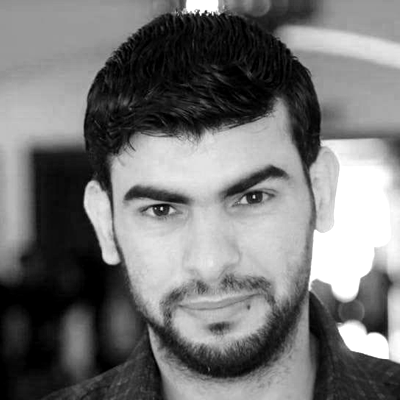 On 11 October, Palestinian gunmen killed an Israeli soldier near the illegal Jewish settlement of Shavei Shomron, west of the city of Nablus in the occupied West Bank. On the same day, masked men opened fire on four other Israeli targets on the outskirts of the city.

A total of five operations were carried out in one day, reportedly by the recently established resistance faction called the Lion’s Den (Areen Al-Osood) who claimed responsibility for them.

The purpose of the meeting was to discuss the new West Bank resistance phenomenon, the Lion’s Den, which Haaretz calls a “major headache” for the Israeli state. Earlier that day, Israel’s Defense Ministry denied entry permits for 164 Palestinian family members allegedly related to the Lions’ Den.

Who are the Lion’s Den?

What do we know so far about the Lion’s Den, a West Bank resistance group that Defense Minister Gantz admits poses a challenge to Israeli security, demanding repeatedly that the Palestinian Authority (PA) limit its expansion?

The first nucleus of this group was formed last February in Nablus, when Israeli security forces assassinated Muhammad al-Dakhil, Ashraf Mubaslat and Adham Mabrouka, all members of the Al-Aqsa Martyrs Brigade, the military arm of the Fatah movement.

The three were friends with Jamil al-Amouri, a leader in the Al-Quds Brigades, the military arm of Palestinian Islamic Jihad (PIJ), and founder of the Jenin Brigades, who was assassinated by Israeli forces in early June 2021.

In retaliation, the trio, along with Ibrahim al-Nabulsi, were involved in a string of shooting operations at occupation army checkpoints in the city. The lack of support from Fatah to which they belong, prompted them to seek assistance from other factions, most notably Hamas and PIJ, who provided them with material and logistical support.

After the assassination of Nabulsi on 9 August, 2022, he and the others became national icons for the Palestinian public, joining the extensive list of celebrated martyrs from Nablus. Political researcher Majd Dergham told The Cradle that “Nablus has a special status in relation to the Palestinian Authority and Fatah movement, which does not allow any other organization to be active in it.”

As the Nablus Brigade of the Al-Quds Brigades did not have much chance of success, there was a need to form new non-partisan groups, consisting mostly of Fatah fighters. This is how the Lion’s Den was born, and how within a short period it has transformed into a cross-faction group dominated by the Fatah members.

The leader of the Lion’s Den, who spoke to The Cradle on condition of anonymity, stressed that his group was “founded for resistance. We renounce partisanship, and we work in unity for God and the nation, and we extend our hand to every member of any faction who wants to engage with us away from his party affiliation.”

In the past month, the military operations of the Palestinian resistance in the West Bank have led to the killing of four Israeli soldiers, and about 800 confrontation events have been recorded.

In a report by Haaretz entitled “Nablus’ Lion’s Den has become a major headache for Israel and the Palestinian Authority,” the authors of the article, Yaniv Kubovich and Jack Khoury, posit that the main problem with this new resistance group is that most of its members belong to Fatah and hail from large families in Nablus.

This places the PA in an embarrassing situation because any operation targeting the Lion’s Den by the Israeli-backed Palestinian security forces will mean the PA shoots itself in the foot, and destroys what remains of its legitimacy among Fatah and its supporters.

While recognizing that “the situation in the West Bank is very sensitive,” Gantz said in a press statement that eliminating the Lion’s Den whose number does not exceed 30 young men, is “possible.”

However, the group’s leader responded to this by telling The Cradle: “Gantz will be surprised very soon by our numbers and methods of work and how far we can reach.” According to researcher Dergham, the popularity of The Lion’s Den is not limited to the old city of Nablus – rather, its influence now extends to all parts of the West Bank and Gaza Strip.

He adds: “Ibrahim al-Nabulsi, Muhammad al-Azizi, Abboud Sobh and others have turned into icons. Whoever assaults them, or arrests their friends, will appear to be a security agent for the occupation, and this is what the authority  (PA) cannot tolerate.”

In advance of his assassination, Ibrahim al-Nabulsi left behind a message in simple colloquial Arabic, in which he said: “For the sake of the honor of your families, keep your arms.”

These words formed the founding charter of the Lion’s Den, which appeared for the first time on 2 September at the memorial ceremony held for their martyred fighters Muhammad al-Azizi and Abd Al-Rahman Subh, who were killed by Israeli forces during a military raid in Nablus on 24 July.

Wearing all black, fully masked, and with weapons held high and close to their right, the members of the Lion’s Den marched through the streets and alleys of Nablus’ old city, with hundreds of people in attendance.

One of the masked men recited the group’s charter, in which he proclaimed the Lion’s Den as “a phenomenon of continuous resistance derived from its unity on the ground, and from the roots of the past revolution.”

He added that “the arrogance of the occupation impose on us as resistance fighters renewed battles, the shape of which the occupation may not expect, especially since this organized and self-managed resistance is able every day to renew the blood in the veins of the resistance in many forms and methods.”

He also reminded fellow members “not to leave the gun under any circumstances and to direct it at the occupation, its settlers, and those who collaborate with the enemy,” and called on their “brothers in the [PA] security services to unite and direct our guns toward the occupation only.”

Popularity of the pride

On 19 September, the PA’s security services arrested Hamas member, Musab Shtayyeh, who is also one of the leaders of The Lion’s Den. In response, the group called for demonstrations that included clashes with Palestinian policemen.

After two days of tension and protests, the group released a statement saying that “the internal fighting only serves the occupation, and our guns will only be directed at the enemy.” Calm returned to the city, and since then, the Lion’s Den fighters have carried out dozens of shooting attacks on settler cars and Israeli military checkpoints.

Due to the group’s rising popularity across the West Bank, several Palestinian factions have sought to claim affiliation with the Lion’s Den, prompting the resistance group to issue statements that it acts independently. The Lion’s Den leader tells The Cradle: “The Qassam, Saraya [Al-Quds Brigades] and Fatah members who operate within the den are involved in a national framework, and do not represent their parties.”

“All are our brothers. When the protests over the arrest of Musab Shtayyeh were about to develop into a strife, we chose to end it, to direct our compass to the occupier,” he explained.

The Hebrew Channel 13, which describes the group as a “terrorist organization,” concedes that: “in less than a year, [the Lion’s Den] have transformed from an obscure organization into an organization that has more influence than all known Palestinian factions, and threatens the security of the Israelis and the stability of the Palestinian Authority.”

A source in the Palestinian resistance in Nablus confirms to The Cradle that the Lion’s Den has indeed expanded the resistance in the West Bank from confronting military incursions and random raids, to organized operations against the collective occupation forces.

The recent operations have illustrated that they are working according to a well-thought-out strategy based on undermining any chance of order that the occupation army and settlers seek to enforce in the cities of the West Bank.

Nevertheless, the Den’s leader expects difficult days ahead in Nablus, the group’s stronghold. In addition to a major security campaign that Israeli forces may launch on the city at any moment to eliminate the group’s infrastructure, the compliant PA is making great efforts to contain the group.

Recently, the PA offered to co-opt Lion’s Den members in its security services, in exchange for an Israeli guarantee that they would not be pursued. The group’s leader responded thus: “We rejected all offers. We will not exploit the blood of martyrs for personal gain.”

According to observers, the new resistance faction has progressed to such an extent that it is now firmly beyond the stage of possible containment or elimination, and the coming days will likely witness its expansion to various West Bank cities and camps.