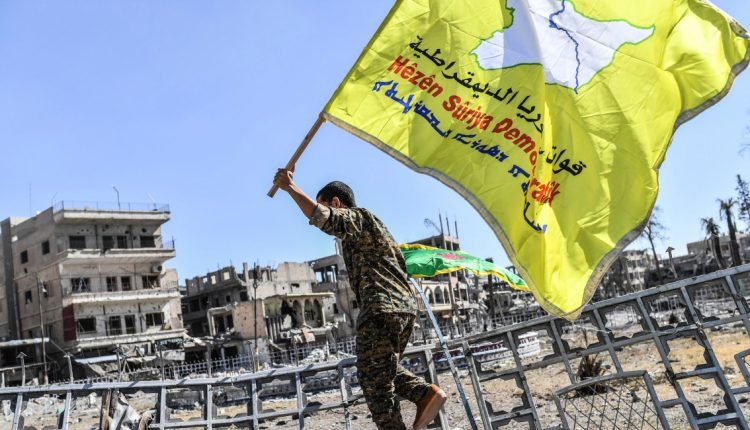 The US-backed Syrian Democratic Forces (SDF) have stepped up efforts to rally international support against the Turkish initiative to resettle Syrian refugees in areas under Ankara’s control in northern Syria, in what the SDF sees as a threat of “Arabization”.

The resettlement project was announced by Turkish President Recep Tayyip Erdogan on 3 May – despite having been in the works for over two years – and is meant to return one million Syrian refugees to areas dominated by the Turkish Armed Forces in northern Syria, while also offering to build the infrastructure needed to rebuild their lives.

The US-backed militia has also reportedly set up a dialogue forum to discuss Ankara’s resettlement project.

During a conference last week, the SDF made a statement calling on the UN to “send an international fact-finding committee on Turkish violations, and the UN Security Council to hold a session to discuss these violations.”

Organizations close to the SDF, including the Syrian Observatory for Human Rights (SOHR), issued a separate statement to the Sixth Brussels Conference, condemning the Turkish project.

“The scheme aims to cause strife and civil war in the region within the policy of demographic change, and to destroy the demographic structure, under the guise of the return of refugees,” the statement said.

This is not the first time Kurdish forces in northern Syria have tried to maintain their demographic superiority over the areas they control.

In January, the SDF introduced an “expatriate card” for Arab citizens who arrive from areas controlled by the Syrian government.

At the time, the Kurdish group also demanded that all displaced Syrians leave the areas under their control unless they have a sponsor for their residence.

In what appeared to be an overt ‘Kurdification’ program, experts agreed that this new system of segregation was introduced in order to limit Arabs buying property in the predominately Kurdish areas in Hasakah governorate.