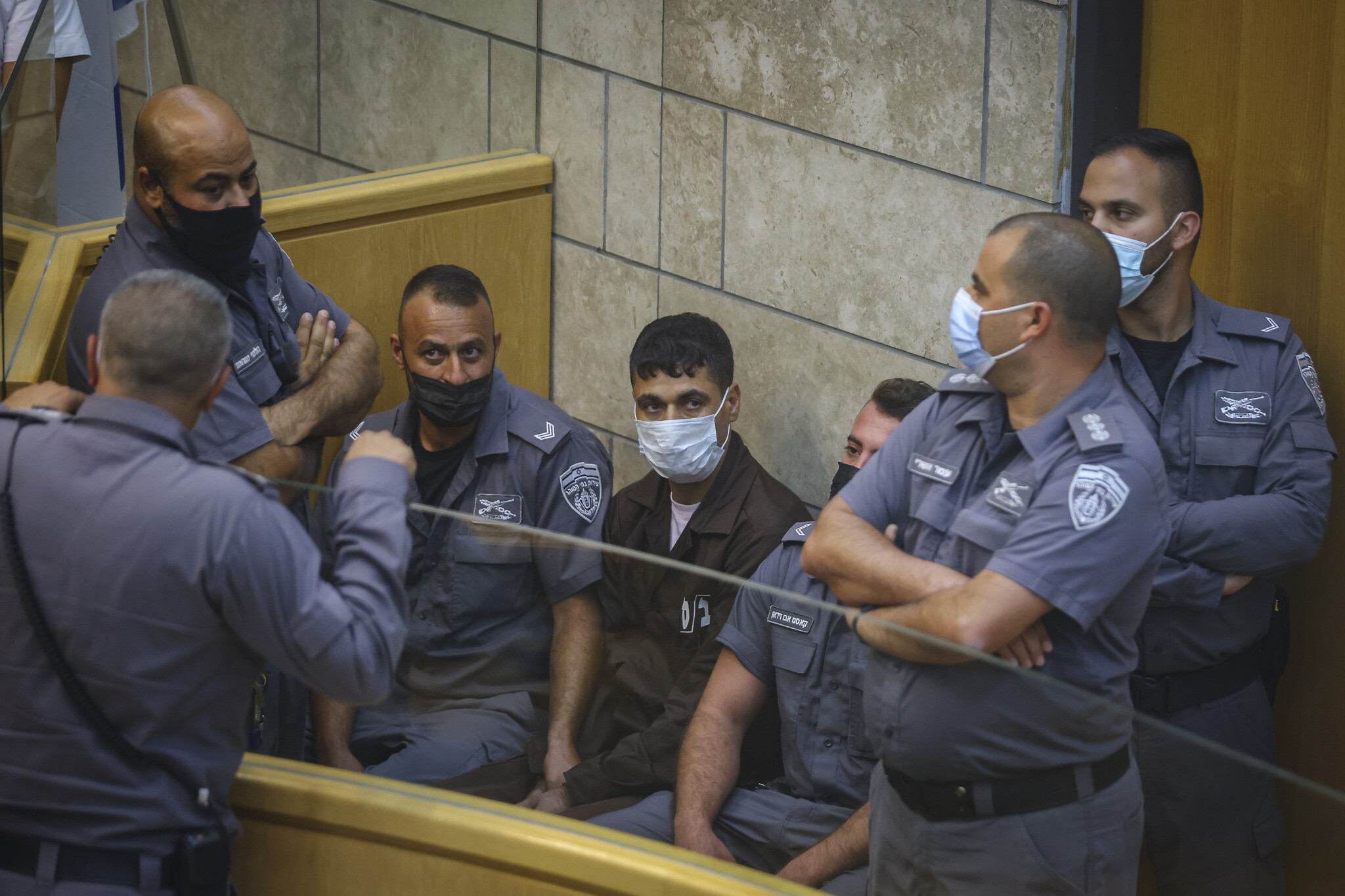 An Israeli court issued a sentence on 22 May against six Palestinian prisoners who escaped from a high security detention facility in northern Israel last year.

On 6 September 2021, the six Palestinian prisoners escaped from the Israeli prison in Gilboa, known to Palestinians as the ‘Great Escape’, by digging a tunnel out of their cell. They were found and arrested two weeks after an extensive manhunt.

According to Al Mayadeen, the court sentenced five of the prisoners to five years and eight months in prison. Zakaria al-Zubaidi was not sentenced on the same day. The sentences will be in addition to the time they are already serving behind bars.

The court also imposed four-year sentences and fines of nearly $600 dollars on four prisoners who helped the escapees carry out their plan.

Palestinian Prisoners Club lawyer Khaled Mahajna told Al Mayadeen: “The rulings against the prisoners were unfair. The sentences are an example of Israel’s arbitrary practices against the Palestinian people.”

The new sentences were denounced by a spokesman for the Hamas group in Gaza, as “a continuation of the occupation’s aggression and violations against our heroic prisoners.”

Meanwhile, the Israeli occupation troops shot and killed a 17-year-old Palestinian during a raid in the northern city of Jenin in the occupied West Bank, the Palestinian health ministry revealed on 21 May.

The ministry identified the teen as Amjad al-Fayyed.

“A 17-year-old boy was killed, and an 18-year-old was critically wounded by the bullets of the Israeli occupation during its aggression on Jenin,” the statement by the ministry of health said.

According to a statement by the Palestinian Islamic Jihad (PIJ) resistance group, the teenager was one of its members, and that he had taken part in the fighting against Israeli soldiers.

Over the past year several months, Jenin has become a hub of the Palestinian resistance, as the refugee camp faces increasingly brutal raids by occupation troops.

Data provided by the Palestinian Prisoner Support and Human Rights Association indicate there are about 4,450 Palestinian political prisoners in Israeli jails and detention centers.

Over the past 50 years, more than 800,000 Palestinians, representing 40 percent of Palestinian people living under military occupation, have been imprisoned or detained by Israel.