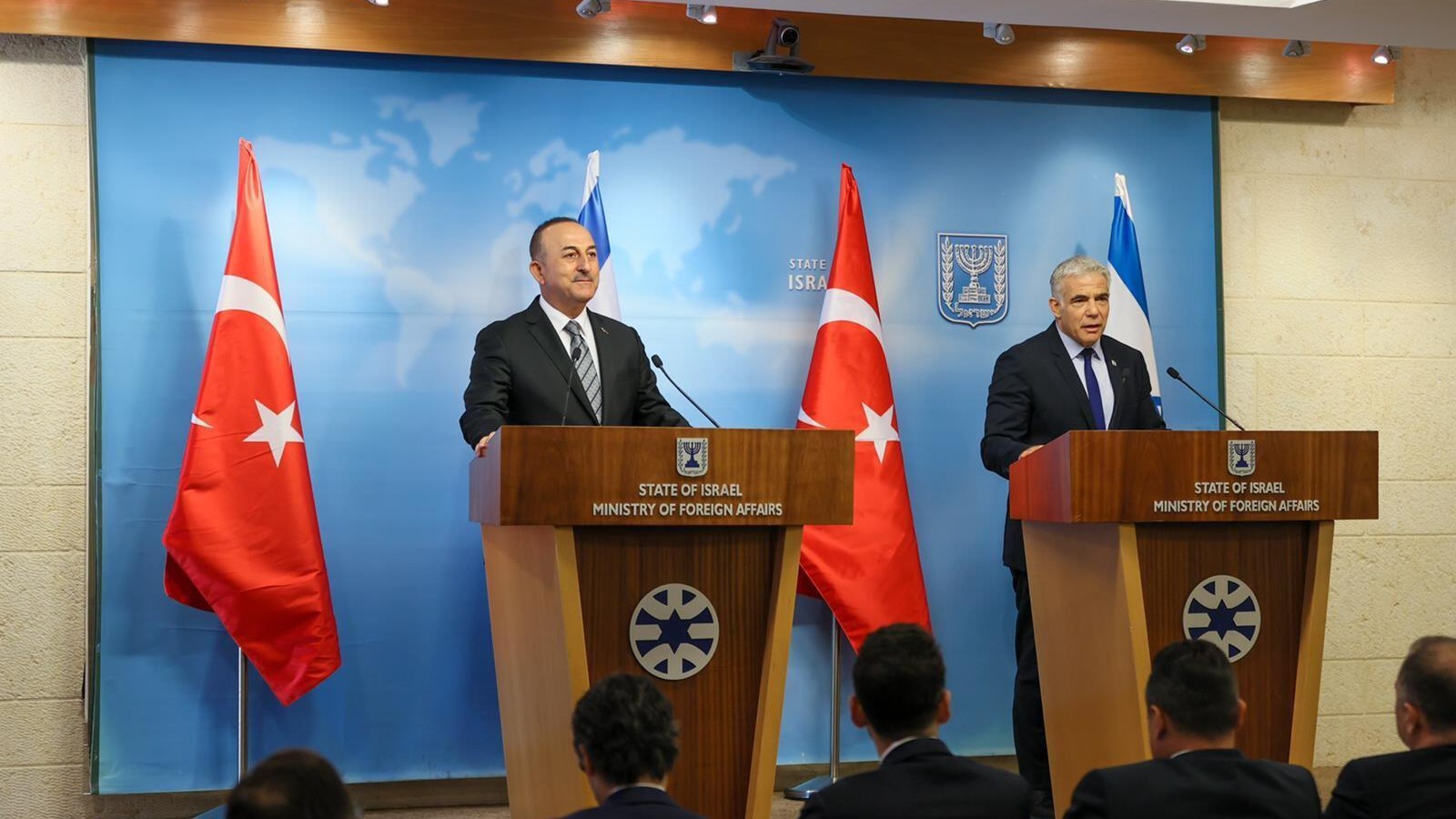 During a visit to Tel Aviv on 25 May, Turkish Foreign Minister Mevlut Cavusoglu said that normalization of ties between Turkey and Israel would have a “positive impact” that would result in a “peaceful” solution to the Israeli-Palestinian conflict.

Cavusoglu, who arrived in Tel Aviv on 24 May, is the first Turkish foreign minister to visit Israel in 15 years, and was accompanied by the country’s energy minister, Fatih Donmez.

During a press conference following talks, Cavusoglu said that he agreed with his Israeli counterpart, Yair Lapid, to “revitalize” the relationship between Israel and Turkey in various fields, including resuming negotiations on civil aviation.

During the talks, Israel and Turkey also agreed to relaunch their joint economic committee, as well as to step up their bilateral energy relations.

“Israel and Turkey are two regional powers, and more than that, two countries with a long, ancient and common history … Countries with a long history always know how to close one chapter and open a new one, and that’s what we’re doing here today,” Lapid said following the press conference.

“We expect to see progress, not only in our diplomatic and security relations, but in our economic relations as well,” Lapid added.

During his visit, Cavusoglu also met with members of the Palestinian Authority, including Palestinian Foreign Minister Riyad al-Maliki and President Mahmoud Abbas, in Ramallah.

Last month, it was reported that Turkey, at Israel’s request, has been deporting Hamas members.

Ankara and Tel Aviv have also been cooperating on the potential to create a gas route from Israel to Europe via Turkey, in a sign of warming relations between the two states.

In March, Israeli President Isaac Herzog made a controversial visit to Turkey, marking the first visit by an Israeli leader to the country since 2008.

The visit sparked a large demonstration, with hundreds gathering in Istanbul burning Israeli flags in a show of support for the Palestinian cause and in protest against the normalization of ties with Israel.