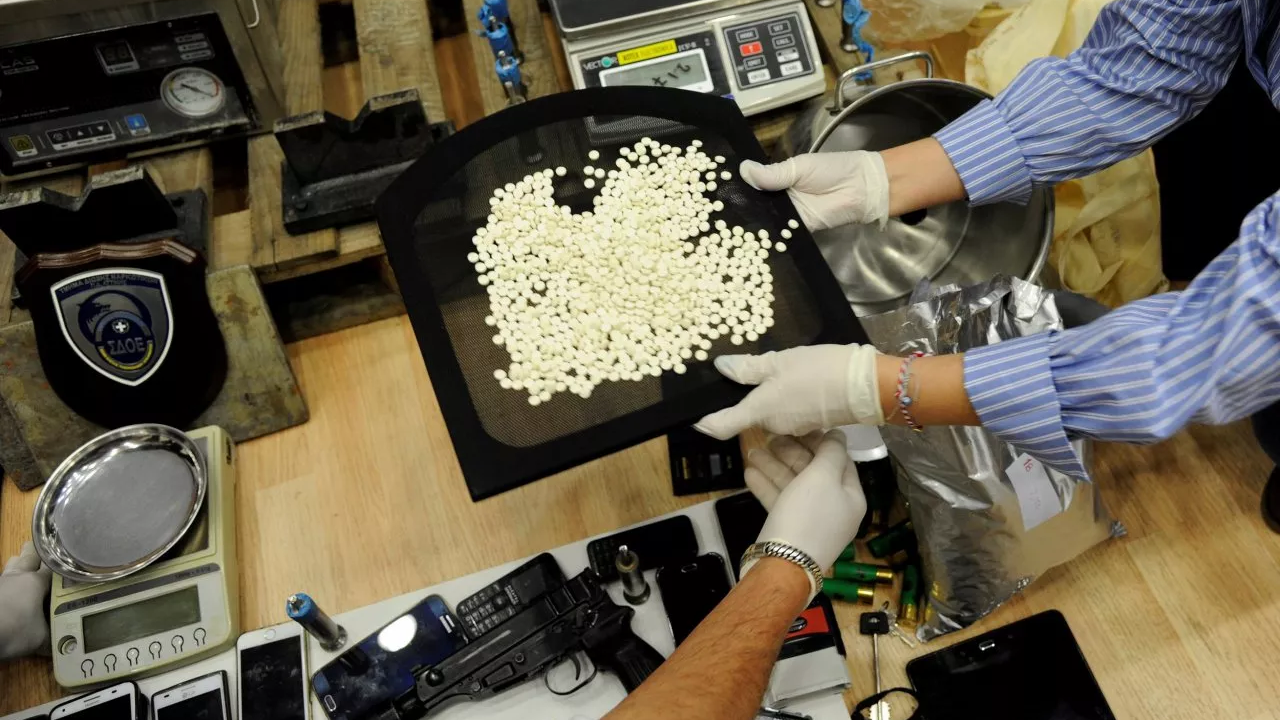 A security official from Saudi Arabia was arrested at Beirut International Airport on 29 May trying to smuggle 18 kilos of captagon, an illegal drug in the amphetamine family.

The Saudi official was identified as Adel al-Shammari. Lebanese security sources told Al-Manar TV that the suspect was on his way to Kuwait with the illegal drug.

The Lebanese Ministry of Interior issued a statement on behalf of caretaker minister Bassam Mawlawi, which stated that Lebanese security forces “proved yet again that they are on the constant lookout to uncover and stop illicit smuggling operations.”

“Minister Mawlawi affirms that efforts are ongoing to protect our Arab societies from all kinds of harm, while pointing out that Lebanon will not be a corridor or platform for the export of evil or smuggling,” the statement read.

No Saudi official has yet commented on the arrest of one of their colleagues for the crime of drug smuggling.

In November 2015, a Saudi prince and nine other people were charged with drug smuggling after a record drug bust of captagon pills – amounting to two tons of illicit substances – were found on their private jet.

The prince, who is known only as the ’emir of captagon’, sought to use the cover of diplomatic and royal immunity for his criminal activities. He remains in a Lebanese prison to this day.

On 26 May, the Hezbollah Media Relations Department issued a statement refuting recent claims made by the Saudi-funded Al-Arabiya News that the Lebanese resistance movement manufactures and sells illegal drugs.

Hezbollah fired back, saying the “fabricated accusations” are a means of distorting the image of the resistance and to favor Israel and the trend towards normalization of diplomatic ties with Tel Aviv.

The statement also noted that the false claims from Saudi media aim to distract from the fact that the “biggest traffickers of drugs” are senior Saudi officials.

“It would have been more appropriate for the channel and those responsible for it to work hard in combating this deadly [drug] scourge in practice, via the media, educationally and religiously, and to limit its imminent security and its social risks”, the Hezbollah media statement said.