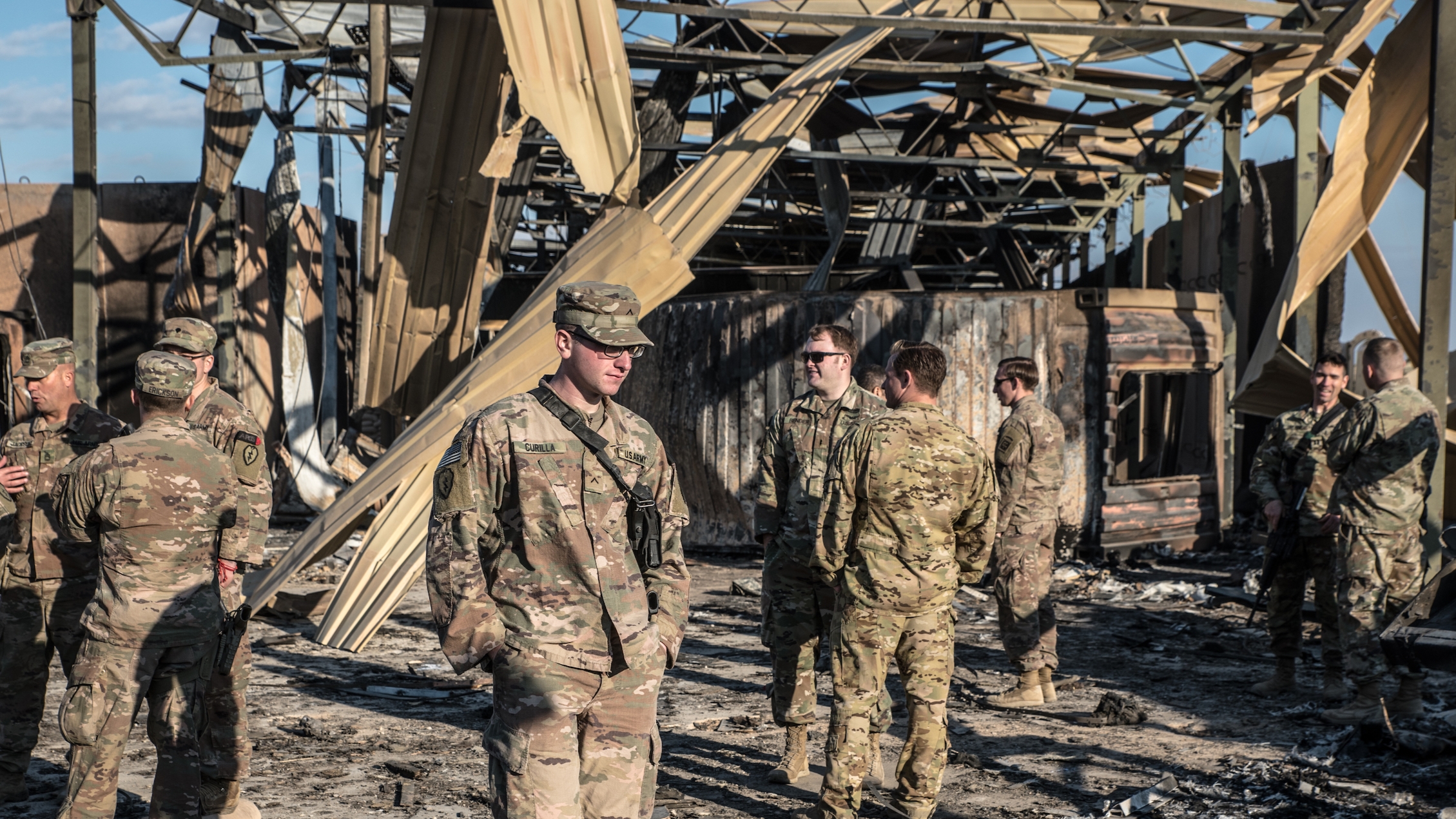 US troops stand near a damaged installation hit by Iranian airstrikes inside the Ain al-Asad base near Anbar, Iraq, on 13 January, 2020. (Photo credit: Emilienne Malfatto for The Washington Post)

Local sources in Iraq’s western province of Anbar reported late on 30 May that several rockets landed in the vicinity of Ain al-Asad Air Base, where US occupation forces are stationed.

According to a source who spoke with Sputnik Arabic, five Katyusha rockets targeted the air base, which is located about 160 kilometers west of Baghdad.

No casualties were reported from the attack, and no group has yet claimed responsibility.

Telegram news channel Sabereen News revealed that the explosions could be heard as far as the city of Haditha, located 240 kilometers northwest Baghdad.

It also revealed that US military choppers and reconnaissance drones flew over the Khan al-Baghdadi area, west of the Euphrates River in Anbar province, in the aftermath of the rocket strike.

The rocket barrage is the latest in a wave of attacks against US occupation troops in Iraq, who have remained in the country despite parliament passing a law in 2020 demanding their expulsion.

Ain al-Asad Air Base was also one of the targets of retaliatory strikes by Iran in the wake of the murders of Soleimani and Al-Muhandis. According to the Pentagon, more than 100 troops suffered “traumatic brain injuries” during the counterstrike which lasted for two and a half hours.

In April of this year, the Popular Mobilization Units (PMU), also known as Hashd al-Shaabi, announced that they will not disarm nor cease operations until the complete withdrawal of US forces from Iraqi soil.

PMU chief Falih al-Fayyadh stipulated in an interview with Iraqi TV station Al Sharqiya that the Iraqi armed resistance groups will gladly hand over their weapons to the Iraqi army, but that this will not happen “until the next Iraqi government is formed, and all US forces pull out of the country.”