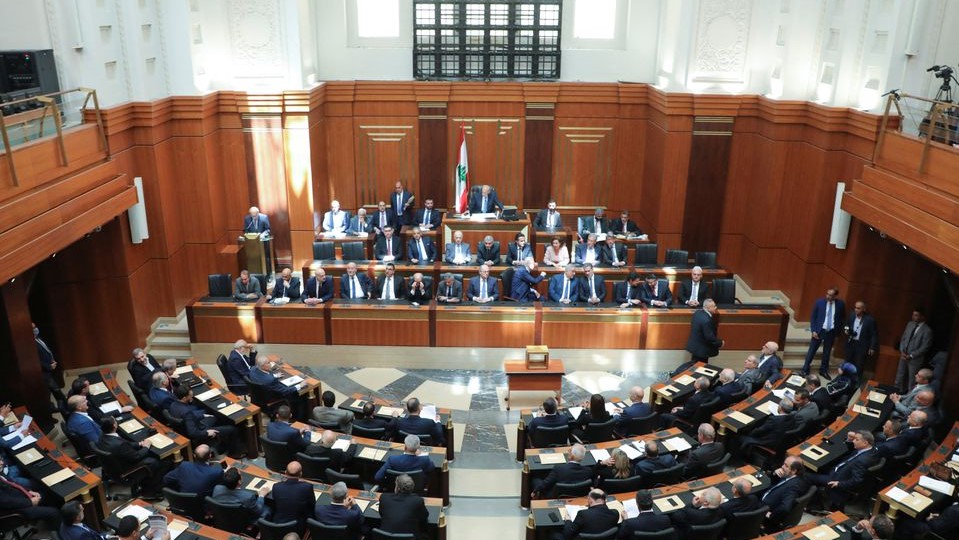 Newly-elected Lebanese Member of Parliament (MP) Mark Daou has come under fire after calling for sanctions on his own country, in an interview he gave to Middle East Eye (MEE) on 3 June.

“Since the local processes in Lebanon and those in power continue to undermine justice and work against the interest of Lebanese people, added sanctions are needed to take action” @MiddleEastEye https://t.co/p9rt0Wdu5u

Due to the politicization of the Beirut port explosion by Judge Tarek Bitar, who was recused of his position several times for using the tragedy to exact political scores against Hezbollah and their allies, Daou is indirectly calling for sanctions on his political opponents, including Hezbollah.

The newly-elected MP Mark Daou won his seat in a race against long-time Druze ally of Hezbollah Talal Arslan.

Sanctions typically affect the people of the country far worse than it affects the public officials targeted by the sanctions. Lebanon has experienced a massive economic collapse since October 2019, with the country seeing triple-digit hyperinflation.

Twitter users criticized Daou, referring to him as a ‘traitor.’ The amount of quoted tweets, consisting mostly of Lebanese people angry at his call for further crippling the economy, outnumbered the amount of likes and retweets.

Many accused him of working for  NGOs funded by George Soros, and that his election victory was won due to his support of the US and Saudi Arabia.

Daou was elected as part of the ‘civil society’ bloc, which are aligned with US-backed NGOs operating in Lebanon.

The Cradle columnist Sharmine Narwani questioned the sincerity of claims made by ‘civil’ society candidates that the call for sanctions against their own country is in support of Lebanese sovereignty.

Newly-elected #Lebanon MP invites US to sanction his country further. So much for strengthening Lebanese sovereignty with these new US-Bots in parliament. https://t.co/kxOjRRm03G

Those who call for more sanctions against their country mark an unprecedented degree of immorality and a shameful absence of nationalism! They turn a blind eye to the financial perpetrators who enjoy a cover from the same international side whom they beg to impose more sanctions!

Daou also stated that the best hope for Lebanon is if the US assists in getting the IMF to approve loans for an energy-sharing deal between Egypt, Jordan, and Lebanon through Syria.

He further called on the US to issue the sanctions waiver necessary for the energy to pass through Syria into Lebanon.

“That would be a game-changer for us (Lebanon) and it’s currently decided by the US,” Daou stated. “If they remove the sanctions, then we will get electricity, a core thing to stop the fall in the currency and the crisis in basic services.”

Despite the US brokering this plan, it has been revealed that the US is behind the IMF decision to block funds needed for this project, as well as the refusal to issue a sanctions waiver to this date.

The US plan was announced just after Hezbollah sought to import Iranian fuel to avert the man-made fuel shortage plaguing the country.

“Have the Lebanese officials obtained anything from the Americans who are only offering false promises? To this day, the US State Department has not given Egypt and Jordan documents exempting them from the Caesar Act,” Nasrallah said.

The state continues to ignore these offers.

Nasrallah has also called for the Lebanese state to extract the large energy reserves that exist in its territorial waters.

“Extracting oil is the main opportunity for getting ourselves out of the crisis we are in, not begging and asking the International Monetary Fund (IMF) for loans,” the Hezbollah leader said.

Due to the lack of a clear parliamentary blocking majority, Hezbollah has called on all parties to cooperate to save the country form the current crises it faces.

Hezbollah has criticized those parties that do not have plans or policy proposals for fixing the country and which focus only on confiscating the weapons of the resistance.

The head of Lebanon’s Directorate of General Security, Major General Abbas Ibrahim, warned that the country is facing a political deadlock due to the lack of a legislative majority in the newly elected parliament.