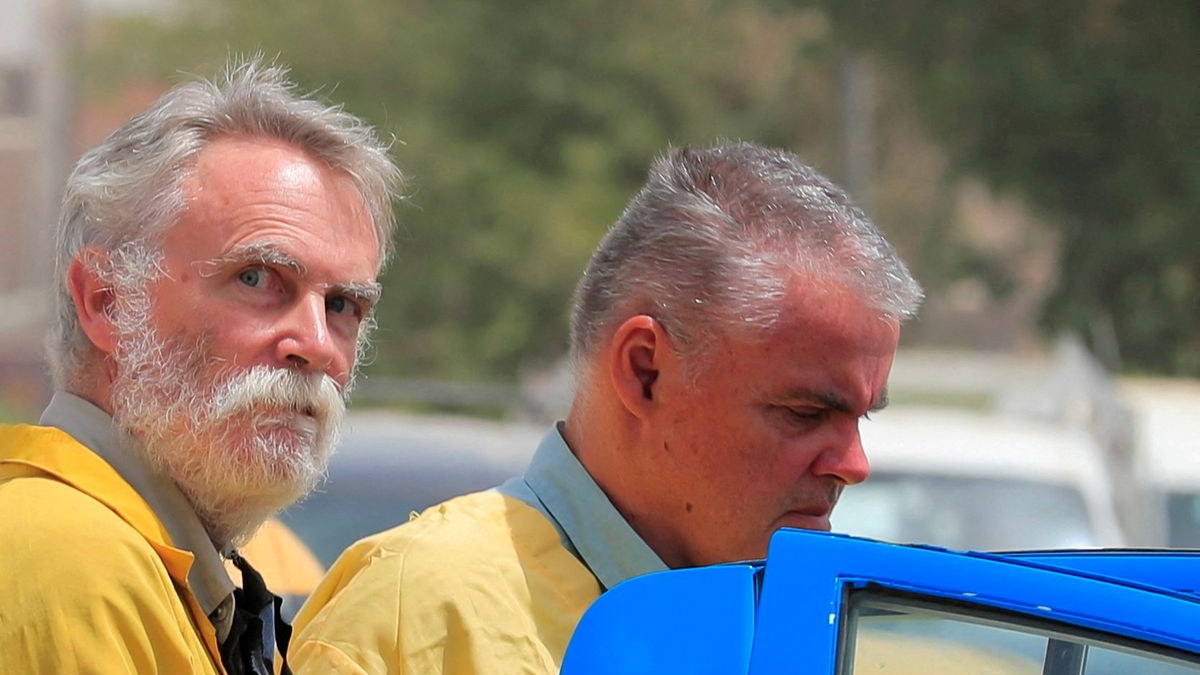 Jim Fitton from Britain and Volker Waldmann from Germany are escorted in handcuffs by Iraqi policemen, outside a court in Baghdad, Iraq, 22 May, 2022. (Photo credit REUTERS/Thaier Al-Sudani)

On 6 June, an Iraqi court sentenced British citizen James Fitton to 15 years in prison for attempting to smuggle antiquities out of the country.

A German national who was tried alongside Fitton, Volker Waldmann, was found not guilty and is set to be released.

“I thought the worst-case scenario would be one year, with suspension,” Fitton’s lawyer said after the sentencing.

Waldmann and Fitton were arrested in Baghdad on 20 March after airport security discovered dozens of ancient relics inside their luggage. The items had been taken during expeditions across the ancient sites of Iraq.

According to the judge in charge, Jabir Abd Jabir, the evidence pointed to Fitton having criminal intent to smuggle 200-year-old artifacts outside the country.

Fitton’s baggage contained about a dozen stone fragments, pieces of pottery, and ceramics, which he said he had collected as souvenirs, according to customs officers.

“I didn’t realize that taking them was against the law. I am a retired geologist. My interests still lie in geology and ancient history, and archaeology,” Fitton told the court.

Waldmann’s defense team, meanwhile, claimed the German tourist was carrying the pieces for Fitton, but had no involvement in extracting them from the site.

During both US-led wars against Iraq – in 1991 and 2003 – thousands of priceless historical relics were looted from Iraq.

Last year, an ancient Mesopotamian tablet containing the Epic of Gilgamesh was returned to Iraq after being stolen and illegally exported from Iraq by the US during the first Gulf War.