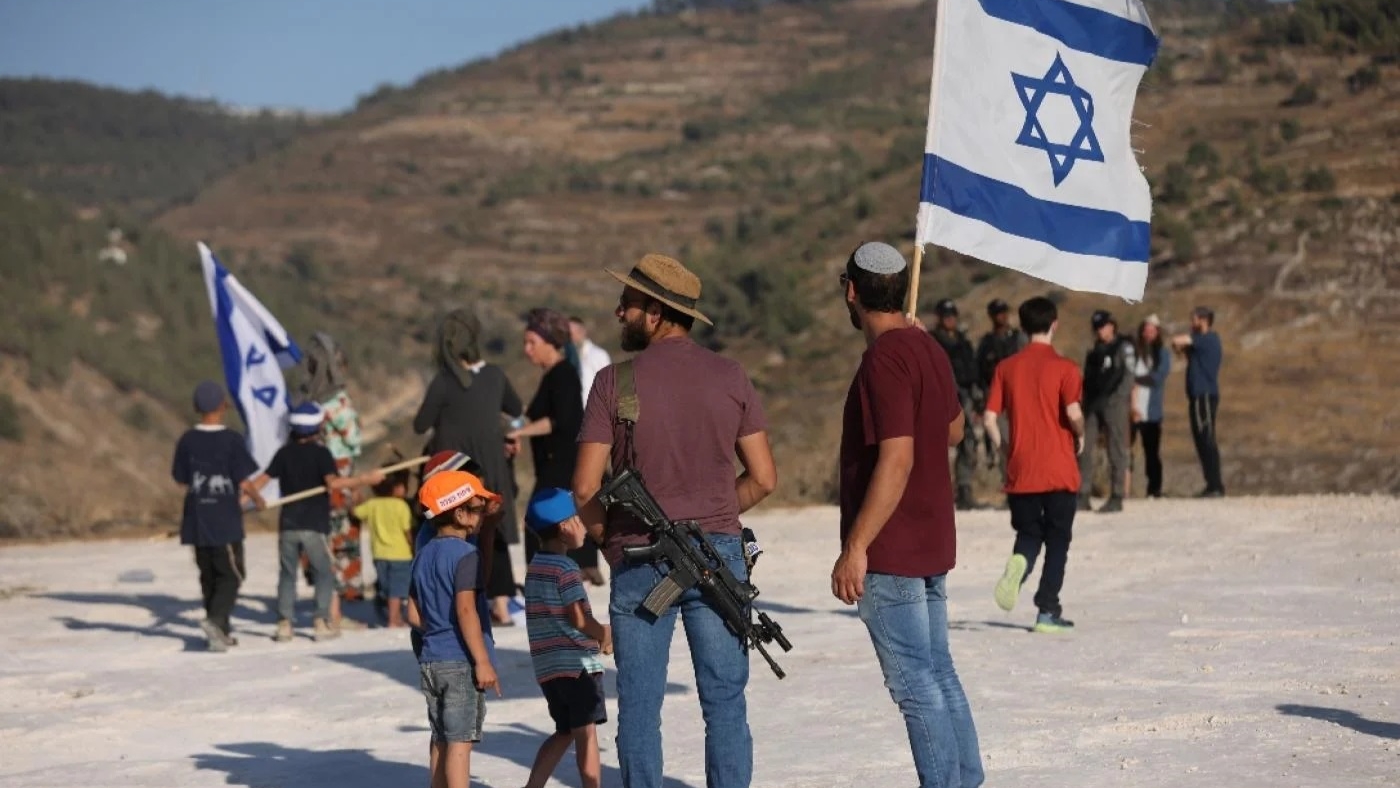 Israeli settlers gather near the settlement of Bat Ayin in the occupied West Bank on 21 June 2021, as right-wing activists and settler leaders hold marches in Area C. (Photo credit: AFP)

Two members of the Israeli Knesset have reportedly decided to abstain from voting with the ruling coalition on a bill to renew the application of criminal and civil laws to settlers in the West Bank.

According to Israeli media, MKs Idit Silman and Ghaida Rinawie Zoabi of the two political parties, Yamina and Meretz, will not vote to pass the law, despite a source from the office of MK Idit Silman denying the report.

Israeli Justice Minister Gideon Saar has said that the bill will come to a vote on the evening of 6 June, and would not be postponed any further.

“From our perspective, it needs to pass today,” a spokesperson for the Israeli Justice Ministry said on 6 June.

On 19 May, Zoabi resigned from the Knesset, releasing a letter condemning deadly raids by the occupation army against Palestinians. “I cannot continue to support the existence of a coalition that disgracefully harasses the society I came from,” her letter read.

However, Zoabi later announced that she had reached an agreement with Foreign Minister Yair Lapid to “help the Arab population.” With her vote, the Bennett coalition regained its number of 60 members of the Knesset.

The bill in question, which has been approved every five years since 1967, gives Israel legal jurisdiction over illegal settlers in the occupied West Bank, granting them the same legislative status held by Israelis living in the occupied territories.

If the law fails to pass, settlers in the West Bank will no longer be recognized as citizens of Israel, preventing them from registering in the military or receiving medical treatment.

“The impact is so dramatic that I can’t understand why people are playing politics with this,” David Elhayani, activist and chairman of the Yesha Council, said.

Alongside Silman and Zoabi are right-wing Knesset members, who plan on rejecting the bill in an effort to bring down the government of Prime Minister Naftali Bennett.