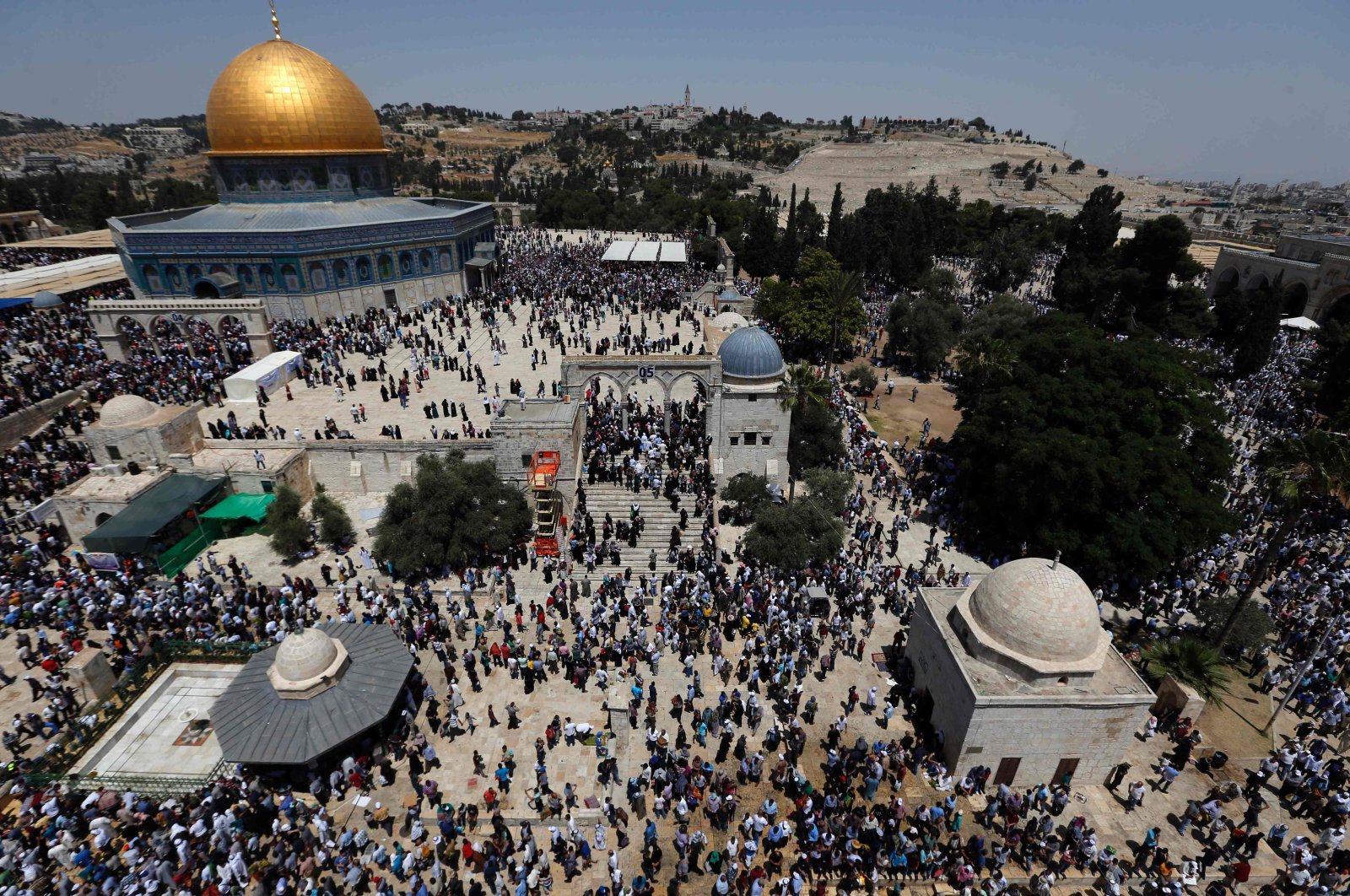 Hundreds of Israeli settlers assaulted Al-Aqsa Mosque complex on 5 June, in celebration of the Jewish Holiday of Shavuot.

According to a statement by the Jordan-run Islamic Waqf Department, responsible for overseeing holy sites in Jerusalem, over 160 settlers under the protection of Israeli forces entered the site through the compound’s Al-Magharbeh gate.

This was the second incursion into the holy site in the span of 24 hours.

Large numbers of Israeli police were also deployed at the site, closing down Al-Qibli mosque, one of the compound’s most prominent mosques, with worshippers still inside.

Settler incursions at the site drew an immediate condemnation from the Palestinian foreign ministry, which accused Israel of turning Al-Qibli mosque into an “open mosque” for settler incursions.

The latest raid of Al-Aqsa comes just days after 163 Palestinians were injured by Israeli occupation troops and extremist settlers during the ultranationalist Flag March on 29 May.

The occupation forces also detained more than 50 Palestinians as part of a crackdown on demonstrations and protests against the provocative flag march.

At least 25,000 settlers waving Israeli flags filled the streets of Jerusalem’s Old City while chanting “death to Arabs” and “Shireen is dead.”

Far-right groups involved in organizing the march publicly called for the demolition of Al-Aqsa Mosque in order to make way for a third Jewish temple.

Nasrallah advised that “the enemy government should not take any step that would be catastrophic to the existence of the temporary entity.”

On 30 April, Hamas leader Yahya Sinwar also warned that the increased escalation from Israeli forces as well as extremist settlers would justify intensified retaliatory attacks from resistance forces in Palestine and the region.

Such retaliatory operations by Palestinians in Tel Aviv, Ariel, and Elad have shaken the Israeli security establishment to its core.

The last time the Flag March took place, in May 2021, an 11-day war broke out between Palestinian resistance groups in the Gaza Strip and occupation forces.

The violence resulted in the deaths of over 260 Palestinians and the destruction of large sections of the besieged strip.