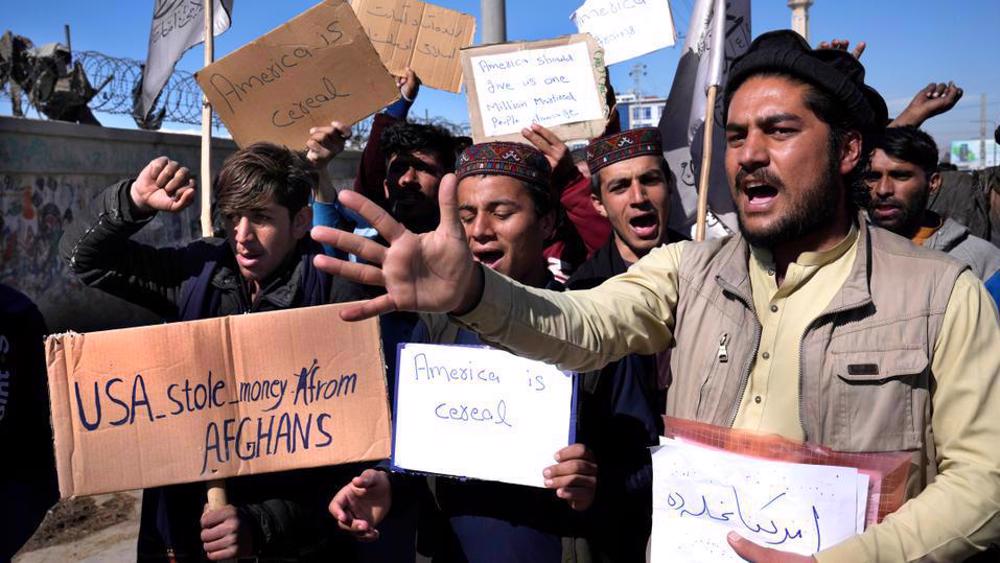 A number of relatives of the victims of the 11 September, 2001 attacks have called on US President Joe Biden to release billions of dollars from Afghanistan’s frozen foreign reserves.

Earlier this year the US announced plans to allocate 50 percent of Afghanistan’s frozen overseas funds to pay the families of US victims of 9/11, aggravating a major humanitarian crisis sweeping through the war-torn country.

Following the sudden and chaotic withdrawal of US forces from Afghanistan after the Taliban’s victory last August, US President Joe Biden froze close to $10 billion of Kabul’s foreign funds.

However, not all the families have joined the call, with some filing lawsuits against the Taliban, while others say that confiscating money Afghanistan desperately needs would be an inappropriate way of obtaining justice.

Almost half of Afghanistan’s population, more than 19 million people, will face acute hunger this year, according to a report compiled by several UN agencies on 10 May.

The United Nations Children’s Fund (UNICEF) recently revealed that 1.1 million Afghan children under the age of five are at risk of malnutrition this year.

The agency explained that this new assessment is equivalent to double the number of children exposed to acute malnutrition in Afghanistan since 2018.

Western sanctions have decimated the Afghan economy, one that was already crippled by two decades of war by the US.

The US war destroyed Afghanistan’s economic systems and infrastructure, leaving the country dependent on international aid for over 75 percent of its national budget.

However, even this support was withdrawn when the western-backed government was dislodged from power by the Taliban.