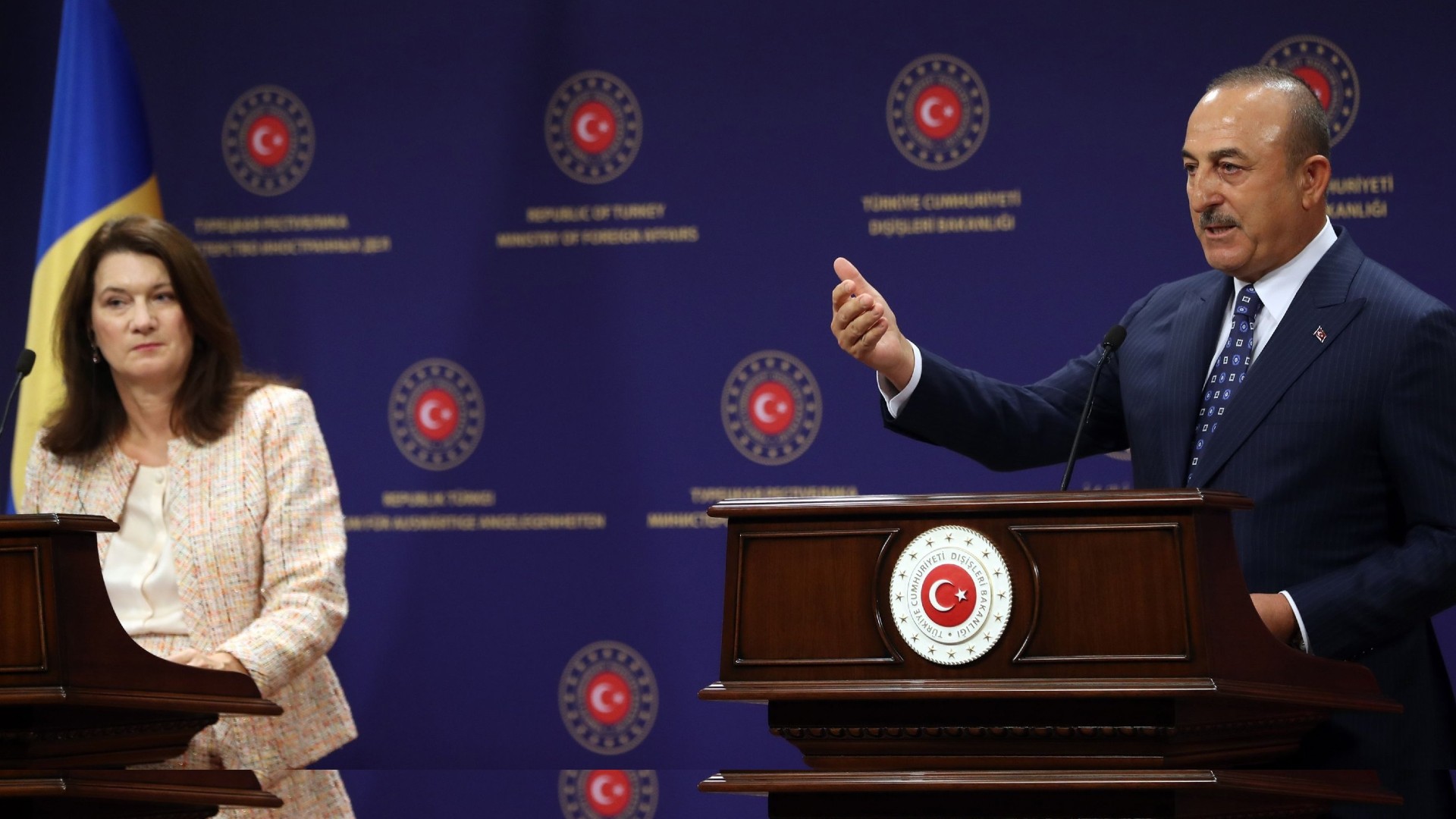 Swedish Foreign Minister Anne Linde said on 12 June that Sweden may lift an arms embargo on Turkey and approve weapon sales on condition Ankara abandon its objection to the Scandinavian country joining NATO.

“We are the country with the strictest arms export rules in the world. Apart from many criteria to be complied with in the law, there are also issues related to the consideration of Sweden’s foreign, defense and security policy. If we become a NATO member, that will change as well,” Linde told media.

The Turkish government has previously called on both Sweden and Finland, which also aspires to join the western-led militaristic alliance, to end arms embargo against Turkey as well as their support for the Kurdistan Workers Party (PKK), which Ankara has labeled as a terrorist organization.

Linde affirmed that her country does not send weapons to the PKK or any group that Turkey views as terrorists, adding that Sweden was “one of the first countries outside Turkey to recognize the PKK as a terrorist organization.”

Finland, on the other hand, has so far refused to accept Turkey’s demand to extradite people allegedly affiliated with the PKK residing in the European country.

In light of this, the Secretary General of NATO, Jens Stoltenberg, affirmed on 12 June that Turkey’s security concerns regarding its opposition to Sweden and Finland’s NATO membership requests are “legitimate.”

Delegations from Sweden and Finland arrived in Turkey on 25 May in an effort to persuade Ankara to end its opposition to both countries joining the alliance. However, a Reuters report revealed that the talks made little progress.

Turkish Foreign Minister, Mevlut Cavusoglu said on 31 May that Sweden and Finland should “change their laws” if they want the backing of Ankara in joining the alliance.