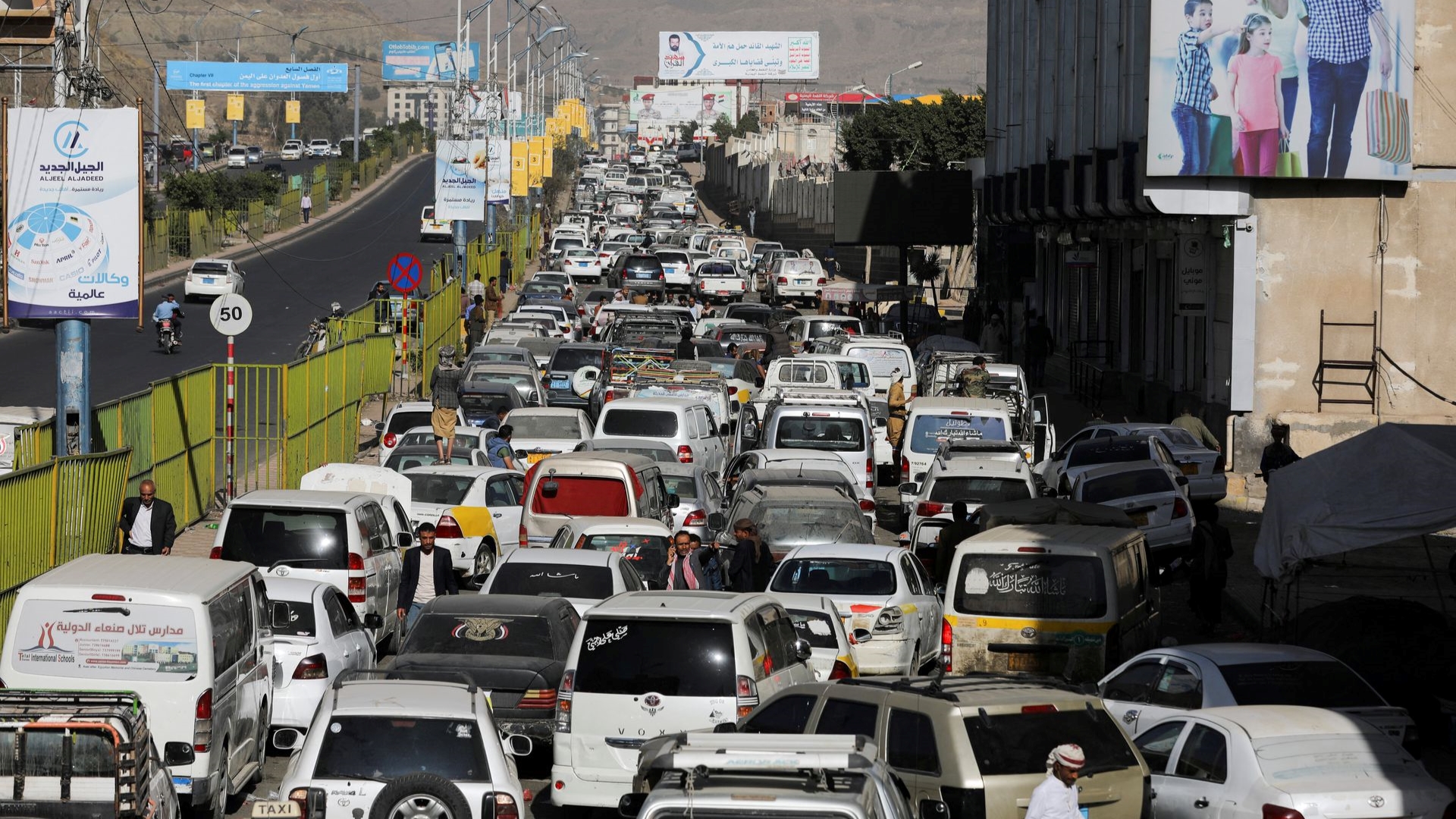 Cars queue outside a gas station amid a severe shortage of fuel in Sanaa, Yemen. March 5, 2022. (Photo credit: REUTERS/Khaled Abdullah)

The Yemeni Petroleum Company (YPC) announced on 14 June that yet another fuel ship bound for the port of Hodeidah has been illegally seized by the Saudi-led coalition.

According to YPC spokesman Issam al-Mutawakel, the Princess Halima fuel ship was loaded with 23,920 tons of gasoline and had received the necessary UN clearance before it was seized by the coalition navy.

On the same day that Riyadh carried out its latest violation of a UN-brokered truce, the Saudi Presidency of State Security announced that “eleven entities and eight individuals” were blacklisted for their ties with Yemen’s popular Ansarallah resistance movement.

“In line with the law on combating terrorist crimes and its financing, all assets belonging to the 19 designated individuals and entities will be frozen. All transactions with them, whether directly or indirectly,  are prohibited,” state security officials announced via a statement.

The Saudi Press Agency (SPA) added that the “blacklisted entities, all headquartered in Yemen, are involved in activities that facilitate [Ansarallah’s] financial services.”

SPA claims that some of these individuals and companies have links to Iran’s Islamic Revolutionary Guard Corps (IRGC), and have allegedly played a part in facilitating the passage of Iranian fuel into Yemen.

In March this year, the YPC revealed that Yemen was experiencing its most severe fuel crisis since the start of the Saudi-led war seven years ago.

Alongside destroying Yemen’s infrastructure and killing hundreds of thousands, the Saudi-led violence has been accompanied by a severe air and naval blockade that has pushed the country to the brink of famine.