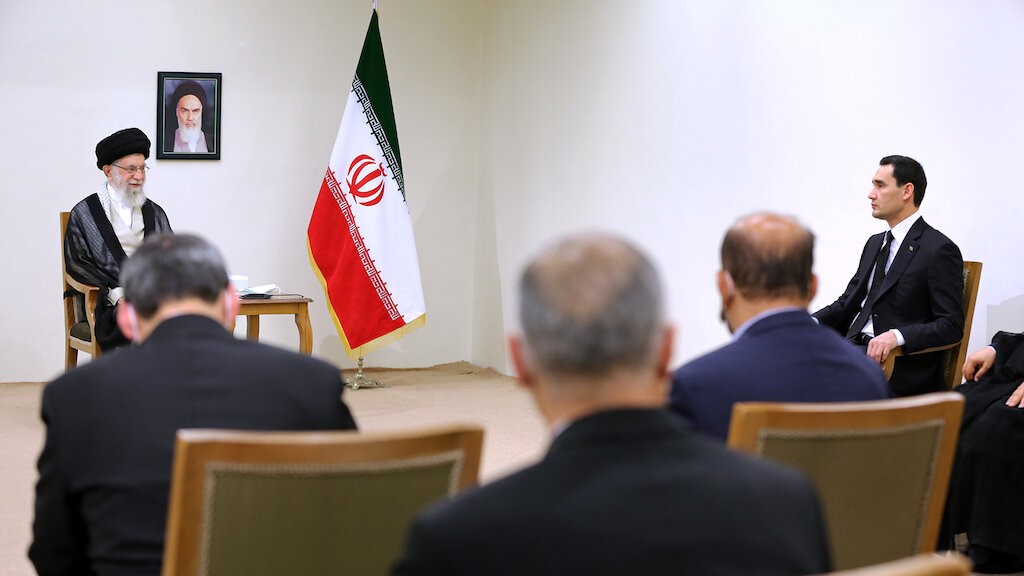 President of Turkmenistan Serdar Berdimuhamedow arrived in Tehran on 15 June, where he met with both Iranian President Ebrahim Raisi and Supreme Leader Ayatollah Sayyed Ali Khamenei.

Berdimuhamedow was accompanied by a high-ranking delegation. Following his meeting with President Raisi, the two sides signed nine documents and memoranda of understanding (MoU).

The documents establish clear channels for bilateral cooperation in the areas of trade, economics, science, culture, media/news, investments, transit/transportation, energy, and the protection of the environment.

The signing of documents coincide with the 30th anniversary of the establishment of diplomatic ties between the two countries.

The two sides discussed the establishment of the Tehran-Ashgabat Trade Center, whose purpose is to increase bilateral trade and offer incentives, such as lowering tariffs on a selection of goods traded between the two countries.

The Turkmen president affirmed the call to strengthen ties, stating that the priority of his government is to expand allegiances with neighboring countries.

The visit by President Berdimuhamedow comes shortly after the visit of the foreign minister of Pakistan as well as the president of Venezuela.

On 14 June, Pakistan’s Foreign Minister Bilawal Bhutto Zardari visited Tehran to discuss cooperation in energy and electricity, as well as in assisting Afghanistan to form an inclusive and stable government.

Venezuelan President Nicolas Maduro arrived in the capital of the Islamic Republic on 11 June to hold high-level meetings with President Raisi and Ayatollah Khamenei.

President Maduro highlighted the shared experiences of both nations in overcoming US sanctions, and signed a 20-year cooperation roadmap.

Khamenei praised the Venezuelan people for their victory against the hybrid war of Washington, saying: “Your resistance and that of the people of Venezuela is important because it enhances the value, status and merits of a nation and a country as well as its leaders.”

Revenue from Iran’s oil exports went up by 60 percent since the start of the new Iranian calendar year, despite US sanctions.

The rise in oil exports were the result of a policy shift by President Raisi in planning for the success of the Iranian economy.

According to Iranian President Ebrahim Raisi, the economic roadmap written by Tehran is designed to anticipate growth and success independently of the outcomes of the negotiations to revive the 2015 nuclear deal currently taking place in Vienna.