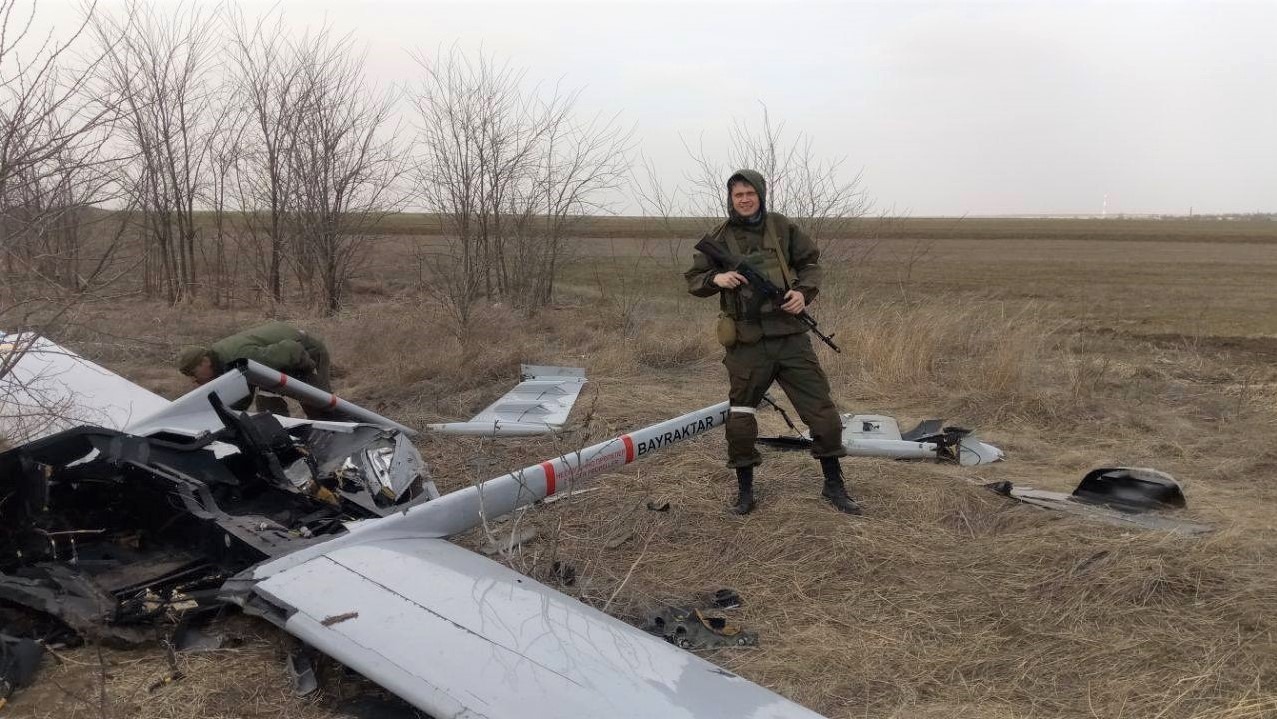 Russian air defenses have reportedly shot down around 100 Turkish Bayraktar TB2 drones used by Ukrainian forces, according to a Russian source cited in a 13 June report from the program ‘Sunday Time’ on Russia’s 1TV.

The figures were mentioned during the program report on drone use in the war in Ukraine.

The report highlights how Russian defense systems can disable or shoot down everything from simple commercial drones to Turkish Bayraktar or US Reaper drones.

Turkey sold Ukraine Bayraktar drones both before and after the start of the Russian special military operation in Ukraine. The first country to buy the TB2 type Bayraktar was Ukraine in 2019.

Prior to the Russian war in Ukraine, the drones were used by the Ukrainian armed forces to strike targets in the Donetsk and Luhansk republics.

This shipment was delivered after all pre-war supplies of Turkish drones were destroyed by Russian forces.

On 28 May, the official Twitter account of Lithuania announced that it had raised €5 million ($5.4 million) from its own citizens in a crowdfunding campaign to pay for a single Bayraktar TB2 drone for Ukraine.

The Ukrainian military has shared multiple videos of the drones hitting Russian supply convoys and other equipment.

Turkey, which has close economic and defense ties with both Russia and Ukraine, has been cautious in touting what is arguably now one of its most famous exports.

Kremlin spokesman, Dmitry Peskov, warned late last year that Turkish drones would have a “destabilizing” impact on the region.

Despite being a NATO member, Turkey has not gone to the same lengths to oppose Russia as other NATO member states, in order to avoid fully burning bridges with Moscow.

Earlier this year, the Turkish government hosted a series of negotiations between Kiev and Moscow, which saw little practical progress in achieving a ceasefire.

During a visit by the Russian foreign minister to Ankara on 8 June, the two sides discussed plans to remove naval mines from the Black Sea, which were deployed by Ukrainian forces to prevent Russian advancement on coastal regions.

However, this deployment of mines has caused dangerous situations. Many mines, being from the Soviet era and of poor quality, and had detached from their anchors, causing them to float into the sea.

The discovery of stray mines has previously led Turkey to temporarily close the Bosphorus Strait.

These stray mines also block safe travel for commercial ships, preventing wheat and grain exports from Ukraine to the rest of the world.

Russian Foreign Minister Sergei Lavrov and his Turkish counterpart announced they will work to implement a UN plan to create a “food corridor” in the Black Sea to allow Ukrainian wheat exports to travel safely.

“To solve the problem, the only thing needed is for the Ukrainians to let vessels out of their ports, either by de-mining or by marking out safe corridors … nothing more is required,” Lavrov added.

Russia recently began bombing Turkish-backed rebels in Syria for the first time since the start of the western-backed war against Syria, with airstrikes on the Syrian–Turkish border on 27 May and on the Aleppo countryside on 29 May.