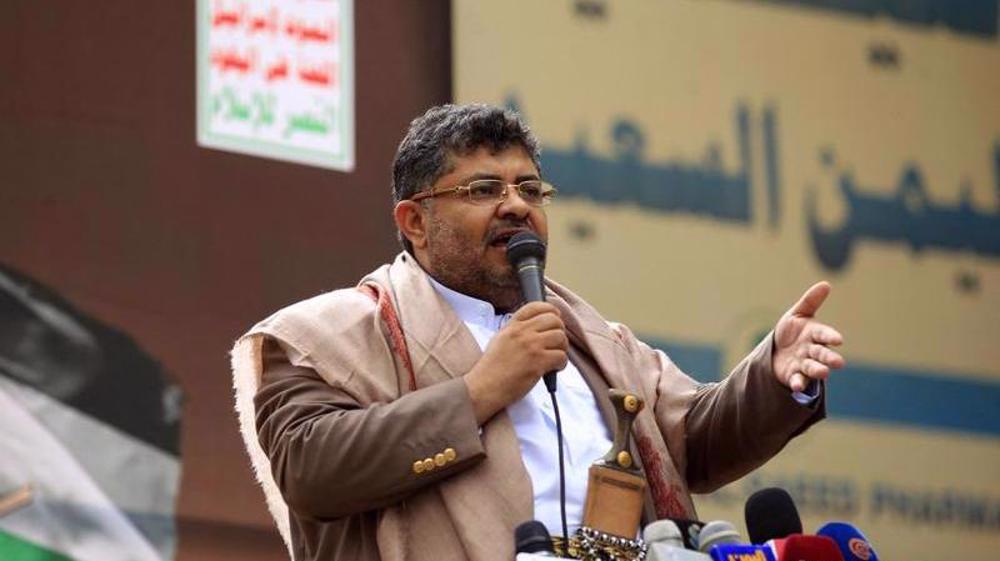 A senior member of the Yemeni Supreme Council has condemned the continuous naval and air blockade by the Saudi-led coalition on the country, saying the blockade amounts to a deliberate crime against the people of Yemen.

Mohammed Ali al-Houthi tweeted on 20 June that Riyadh’s attacks have used starvation as a weapon of war against Sanaa.

Al-Houthi added: “The continuation of the siege and the refusal of the Saudi-led coalition to implement the provisions of the ceasefire, an official document under the auspices of the United Nations and the Security Council, amounts to an intentional crime against all Yemeni people.”

Saudi Arabia launched their invasion of Yemen in 2015 in collaboration with their Gulf allies, and with the assistance of  logistics and arms support from the US.

Before the UN-brokered ceasefire on 2 April between Sanaa and Riyadh, the objectives of Saudi Arabia in Yemen were to re-install a Saudi-compliant government and destroy the popular Ansarallah resistance movement, whose members had been running state affairs in the absence of the ousted government.

Saudi Arabia failed to meet its objectives in Yemen, but the war resulted in the deaths of hundreds of thousands of Yemenis, creating the world’s worst humanitarian crisis.

Experts say that only 10 percent of the UN-backed truce was implemented.

The UN announced that Yemen and Saudi Arabia agreed to renew a two-month truce on 2 June, the day the ceasefire was set to expire.

Before agreeing to the extension, Ansarallah and the National Salvation Government (NSG) set the condition that the Saudi-backed administration pay the salaries of government employees in areas under its control.

In turn, Saudi-led coalition forces and the Aden parallel government demanded that Ansarallah lift its blockade of the southwestern Taiz region, an area of vital strategic importance that is also partly under siege by coalition forces.

According to a press release by the UN Office for the Coordination of Humanitarian Affairs (OCHA) released on 11 May, “the number of civilians killed and injured in Yemen has dropped by more than 50 percent since the start of the truce agreement.”

As part of the truce agreement, on 1 June, a Yemeni airliner with dozens of passengers made its way from Sanaa airport to Cairo in the first commercial flight between Yemen and Egypt since 2016.

According to the Ansarallah resistance group, commercial flights from Sanaa were only allowed to Jordan and Egypt.