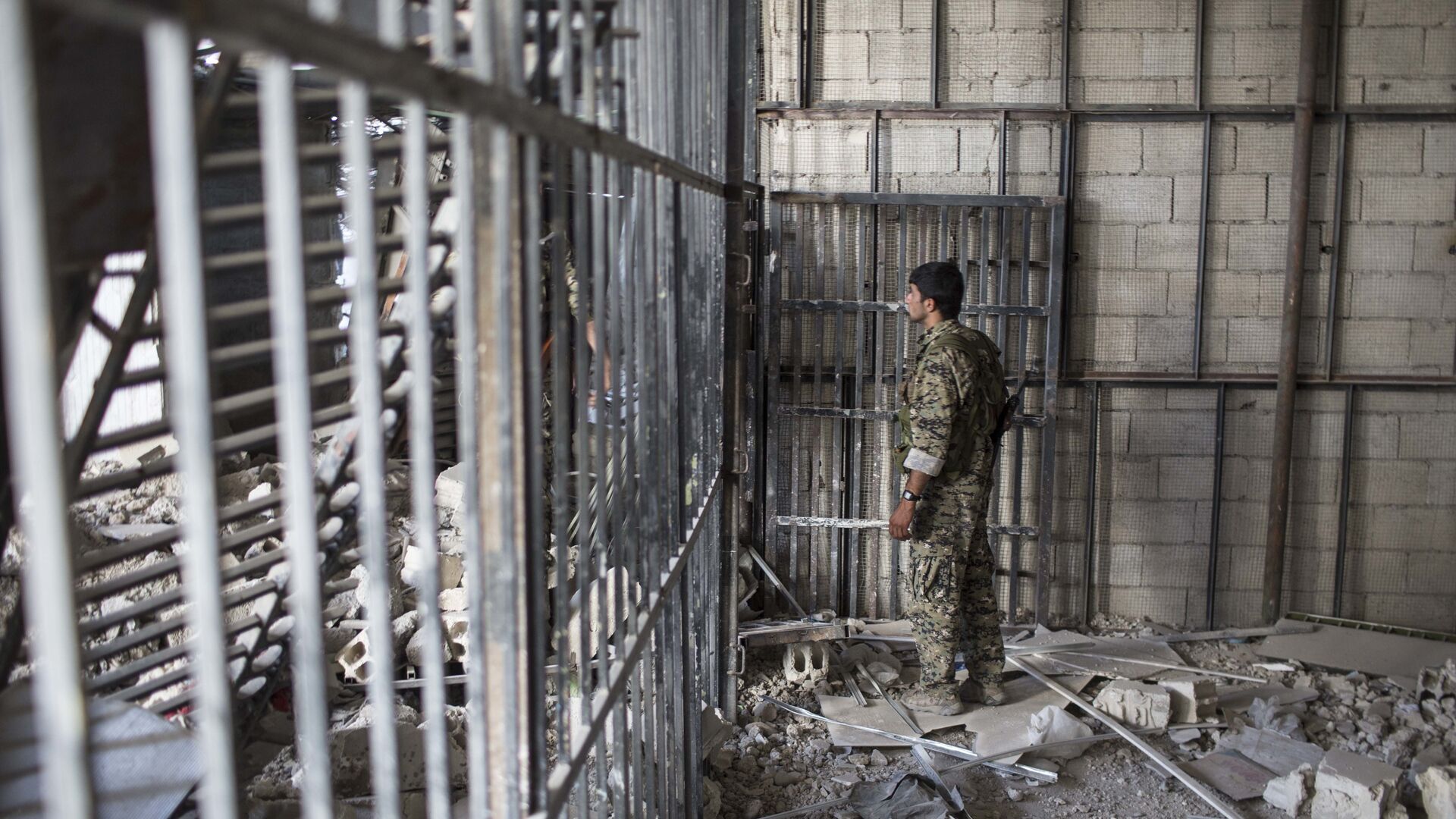 According to media reports, around 10 ISIS members, including a commander, escaped from a prison in Raqqa, Syria on 19 June.

The prison is run by the US-backed Syrian Democratic Forces (SDF), and is located in the Rmayleh neighborhood in the northern outskirts of Raqqa city, near Tishreen bridge.

The SDF were reportedly seen deploying large numbers of their forces around the prison and closing roads nearby.

Some sources cited unconfirmed reports that some of the ISIS members had been recaptured.

On the same day, however, the SDF issued a statement denying that any ISIS militants had escaped from the prison.

“We refute rumors about the jail-break of Daesh terrorists … in Raqqa central prison,” the SDF statement said.

The US-backed militia also claimed they were conducting a routine operation around the prison.

“Security forces conducted precautionary procedures to monitor the prison perimeter and to reinforce safety measures,” the statement went on to say.

In January this year, ISIS attacked the SDF-run Ghweran prison in the Hasakah governorate, freeing dozens of their fellow militants.

The attack, which was executed using a car bomb and a rigged motorcade at the prison entrance, took place on 20 January and resulted in several days of clashes between ISIS fighters and SDF forces.

One day prior to this prison escape, an ambush on a Syrian military bus on the Raqqa–Homs highway killed eleven Syrian Arab Army (SAA) soldiers and two civilians on 20 June.

The attack took place in the northern Raqqa countryside, which is under the control of the Kurdish People’s Defense Units (YPG) and the Kurdistan Workers Party (PKK) militias.

As of yet, no group has taken responsibility for the attack.

The Syrian Observatory for Human Rights (SOHR), however, reported that the attack was carried out by ISIS sleeper cells who are known to launch hit and run attacks across the Syrian desert region.