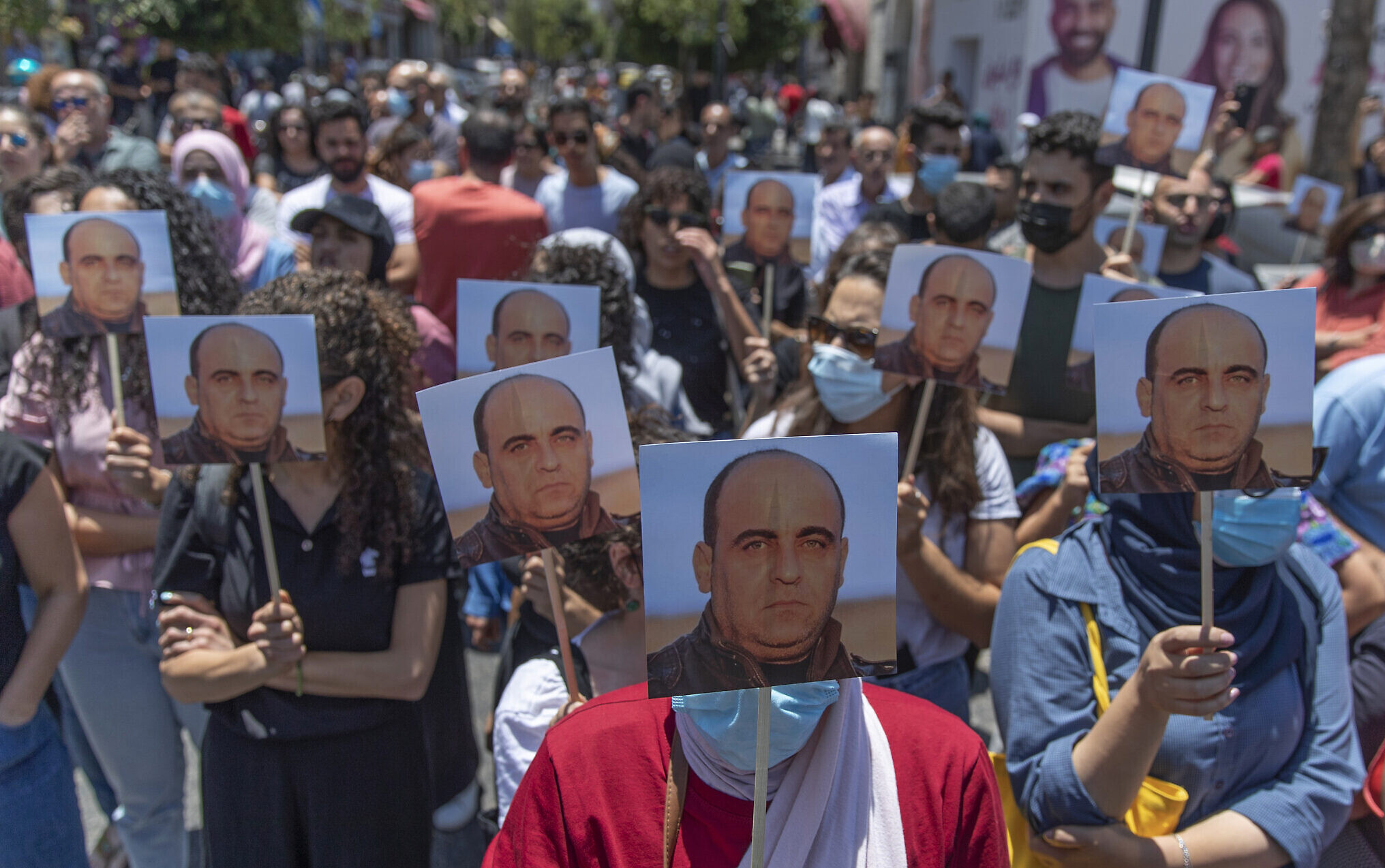 The family of Nizar Banat, an outspoken critic of the Palestinian Authority (PA), who was killed by PA forces during a politically-motivated raid on his house on 24 June 2021, has slammed the PA for releasing on bail the officers responsible for the death of Nizar.

AFP reported on 22 June that PA judicial sources confirmed the release of the officers held responsible for the death of Banat on bail, claiming that an outbreak of COVID-19 in prisons was the reason for the release.

The family of Banat stated that they did not believe these claims, and asked the PA why they did not also release other prisoners on bail.

They further labeled the release as “manipulation and injustice.”

The widow of Nizar, Jehan Banat, stated that “their release is a clear injustice and confirmation that the assassination of Nizar was a political decision and not by mistake.”

She further asserted that “the murderer cannot be the judge.”

Banat and his family have been long-time vocal critics of the PA and its president, Mahmoud Abbas. On social media, they referred to the death of their loved one, as a result of a raid on his home, as an “assassination.”

A lawyer representing the Banat family told reporters on 8 March that the PA seems unwilling to punish the culprits of the crime, after the PA delayed the court hearings.

“The defendants are security officers,” the lawyer said, adding: “They acted on orders from senior Palestinian officials. That is why the Palestinian leadership is trying to disrupt the court proceedings. It does not want the truth to come out.”

An investigative report aired by Al Jazeera television revealed that his death was caused by the large amount of pepper gas he was forced to inhale during his arrest.

The conclusion corresponds with witness accounts that say security forces sprayed Banat with pepper gas until he passed out. He was also repeatedly hit on the head with an iron bar.

All 14 officers accused have pleaded not guilty to the crime. The stipulation of their bail was that they attend the trials related to the case.

Discontent with the PA has been mounting across the West Bank over the past year, in particular, the concern over the close security cooperation between the PA and Israeli occupation troops.

In early January, an Israeli official revealed that PA forces carried out raids in the West Bank city of Jenin at the direct request of Israeli forces.

“[Tel Aviv] stimulated the [PA] security forces through continuous security coordination, and in the end they entered Jenin and acted against terrorist organizations there, confiscating weapons and arresting many activists,” the Chief of Staff of the Israeli army, Aviv Kochavi, said on 31 December last year.

Kochavi reportedly added that the ability to have the PA act in the interests of Israel was a result of the close security cooperation that exists between the two sides.