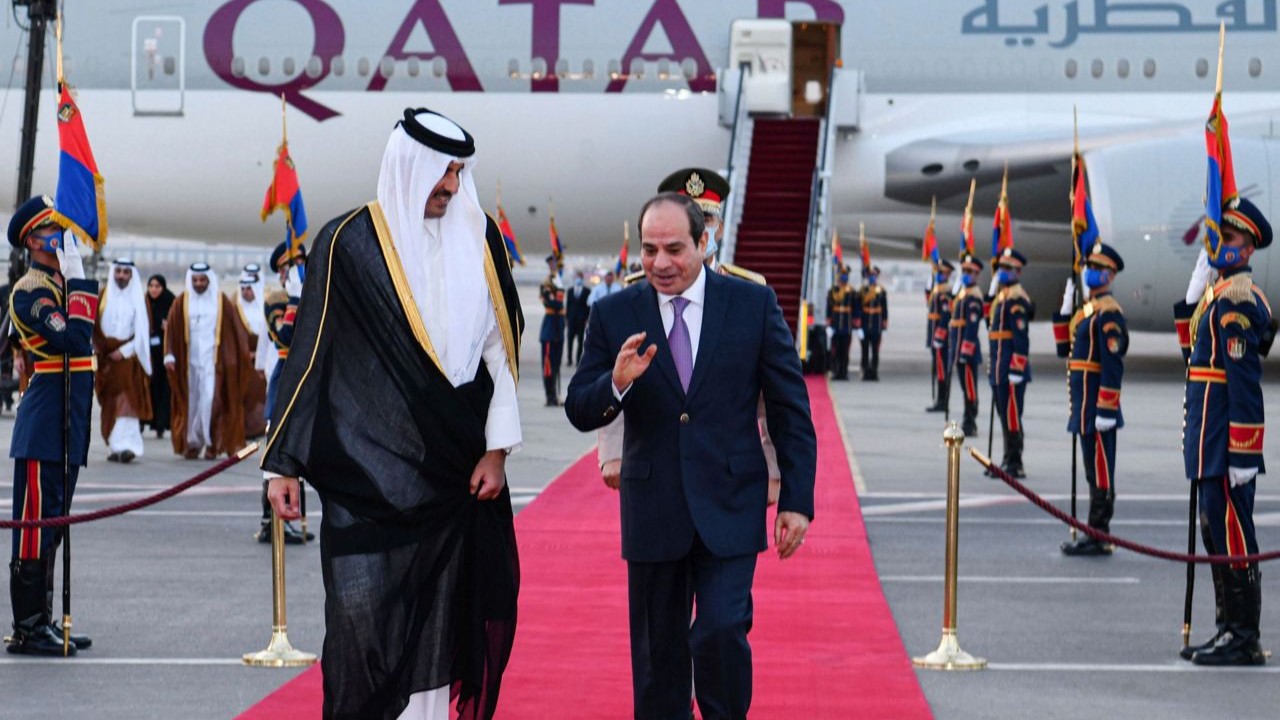 Emir of Qatar Sheikh Tamim bin Hamad Al Thani arrived in the Egyptian capital Cairo on 24 June on a two-day official visit, the emir’s first visit after years of broken ties and a Saudi-led boycott on Doha.

Al Thani was greeted at the airport by Egyptian President Abdel Fattah el-Sisi, among Qatari and Egyptian flags raised over the tarmac.

The two leaders are expected to hold a formal meeting on 25 June to discuss key regional issues ahead of the visit by US President Joe Biden to the region next month. They will also examine ways to improve bilateral diplomatic and economic relations, according to official media.

This was the Qatari emir’s first meeting with Sisi since the dispute between Cairo and Doha at a summit in Iraq last year.

Bilateral ties between Egypt and Qatar became frayed after the Egyptian military removed former president Mohamed Morsi from power in 2013.

However, the rift ended in 2021, when Doha signed an agreement with the four Gulf countries to re-establish relations.

Earlier this year, the Qatari government announced plans to invest $5 billion in Egypt, throwing a lifeline to Cairo amid the repercussions of the Russia–Ukraine conflict.

Qatar was officially designated a major non-NATO ally by the US in March, upgrading the economic and military partnership between Doha and Washington.

Since then, Al Thani has visited Iran for talks on bilateral and regional issues, and to find ways to revive talks on sanctions removal between Tehran and western powers.