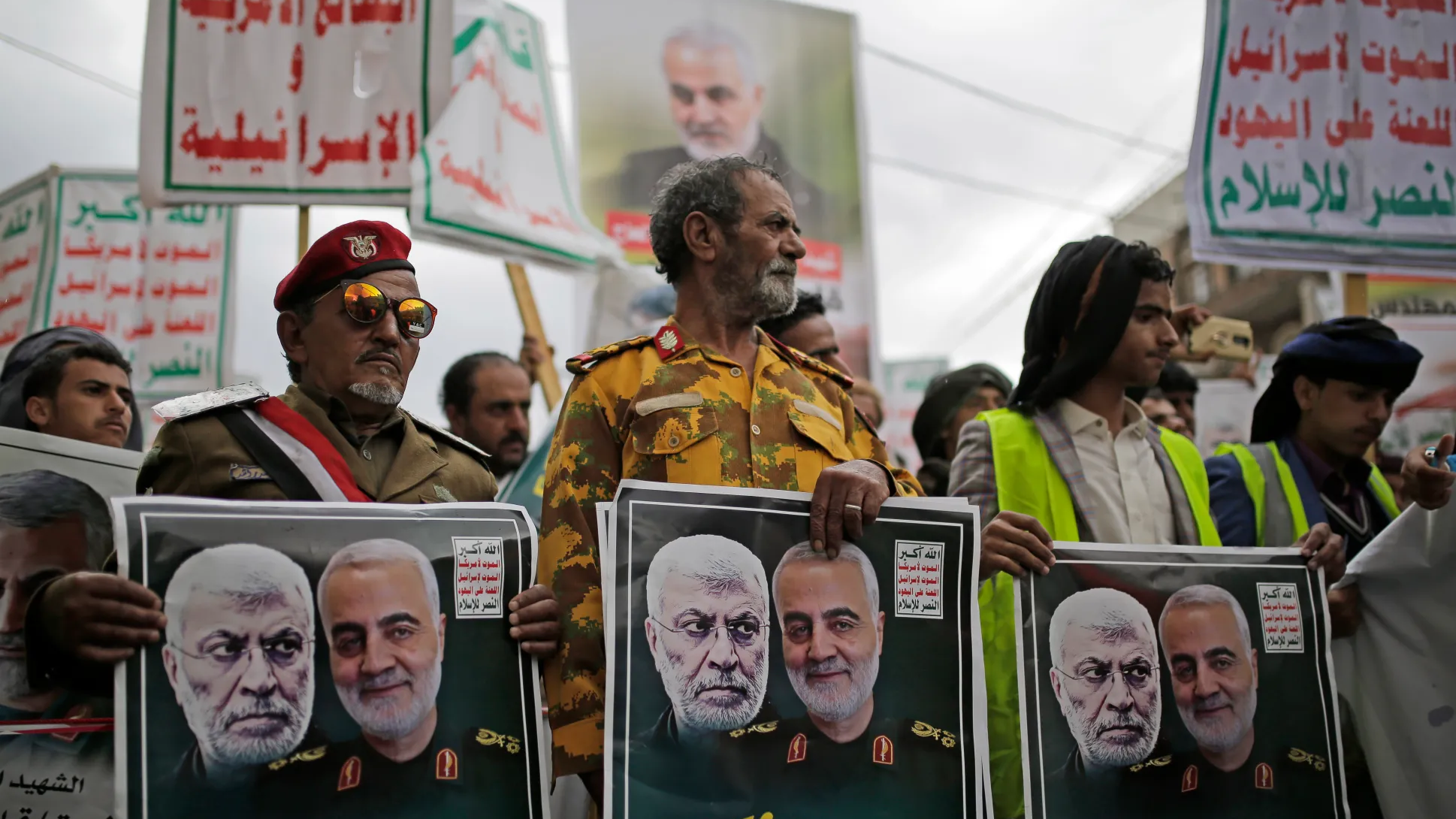 Yemeni supporters of the Ansarallah resistance movement hold up photos of Iraqi PMU commander Abu Mahdi al-Muhandis and Iranian IRGC commander Qassem Soleimani, both assassinated by the US, during a protest in Sanaa, Yemen on 6 January 2020. (Photo credit: AP Photo/Hani Mohammed)

In a phone call with Yemeni President Mahdi al-Mashat on 25 June, Iranian President Sayyed Ebrahim Raisi pledged the support of the Islamic Republic in efforts to establish a true and lasting ceasefire in Yemen, and an end to the economic and naval blockade ravaging the country.

“We emphasize the need to preserve Yemen’s territorial integrity and national sovereignty … and to lift the oppressive economic blockade against the Yemeni people,” Raisi said.

Raisi praised the resistance of the Yemeni people, through the Ansarallah movement, against the US-backed, Saudi-led war of aggression that started in 2015.

Al-Mashat told Raisi that there should be increased cooperation between Sanaa and Tehran.

Alongside the destruction of Yemen’s infrastructure and the killing hundreds of thousands of people, the Saudi-led coalition has maintained a severe air and naval blockade that has pushed Yemen to the brink of famine.

For several months now, Riyadh and Sanaa have agreed to a UN-brokered ceasefire.

Despite the hesitancy of the Yemeni government and Ansarallah to renew the truce due to repeated US-Saudi coalition violations, the two sides agreed to extend the truce by another two months on 2 June.

After the most recent truce renewal, however, violations by the Saudi-led coalition continued, prompting the Yemeni government in Sanaa to reconsider any future extension of the ceasefire.