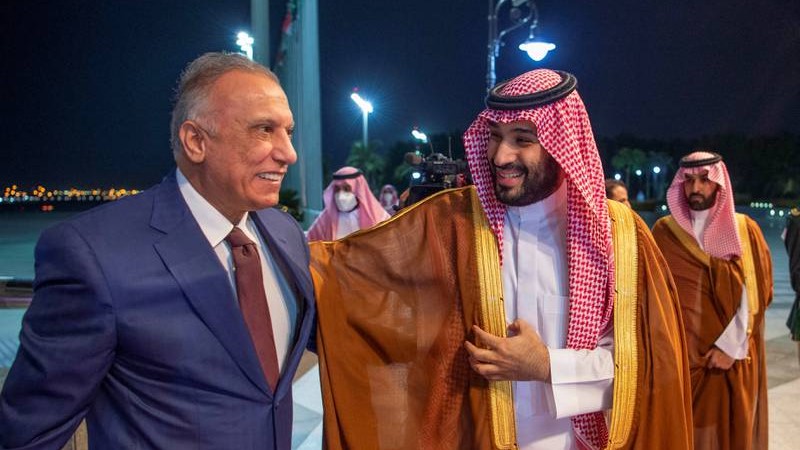 The two held talks on several issues. However, the main topic suspected to have been on their agenda is the ongoing negotiation between Iran and Saudi Arabia, whose aim is the restoration of diplomatic ties.

Saudi Crown Prince Mohammad bin Salman received the Iraqi Premier Mustafa Kadhimi earlier today. Can be seen at the end of this clip driving him from the airport to the Royal Palace in Jeddah, a very special personal gesture, shows how warm the relationship is between both sides. https://t.co/rzkFK6JkGA

No details were reported on the reason for their meeting or the content of discussions. However, Kadhimi’s visit to Tehran today, 26 June, indicates that the trips to both Saudi Arabia and Iran are likely to be related to the bilateral negotiations between Riyadh and Tehran, given Baghdad’s role as mediator of the talks.

Prior to leaving to Tehran, Kadhimi performed the Umrah pilgrimage in the holy city of Mecca accompanied by other delegates. The move was criticized on social media as being for show and lacking sincerity.

Iranian Foreign Minister Hossein Amir-Abdollahian was informed by his Iraqi counterpart on 16 June that the Iraqi government “is determined to facilitate direct talks between Saudi Arabia and Iran in Baghdad.”

The Iraqi prime minister stated on 7 June that the talks have achieved remarkable progress and are entering advanced stages.