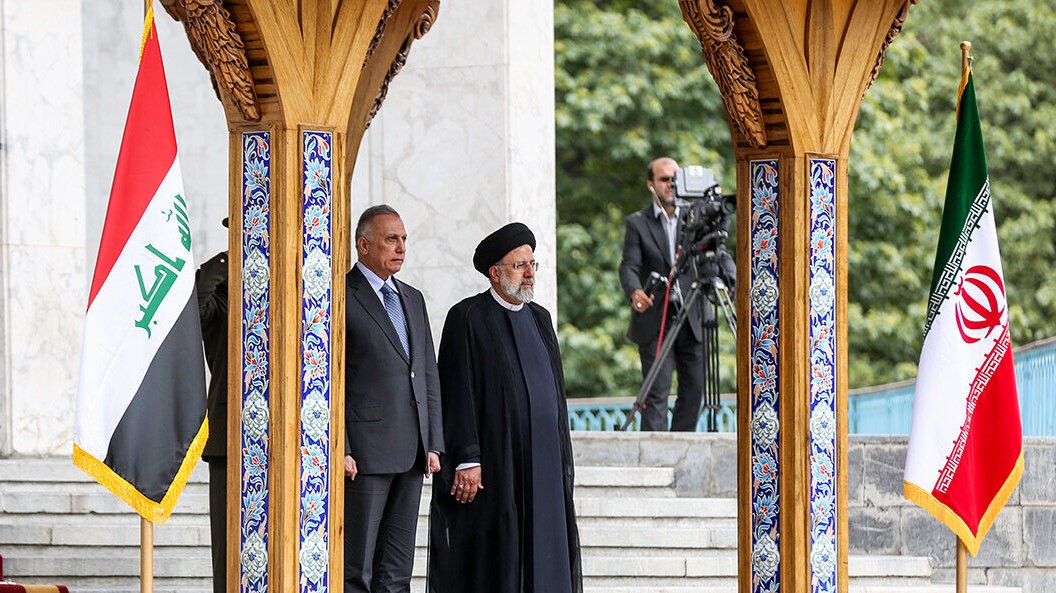 An official welcoming ceremony was held for the visit of Iraq’s caretaker Prime Minister Mustafa Kadhimi in Tehran on 26 June, after which talks were held between the Iraqi premier, Iranian President Sayyed Ebrahim Raisi, and Iranian Foreign Minister Hossein Amir-Abdollahian.

Among the topics of discussion, the most anticipated were the ongoing negotiations between Iran and Saudi Arabia.

According to the Iranian foreign minister, Iran supports the re-opening of embassies in Tehran and Riyadh.

The Iranian foreign ministry said it would soon announce a date for the next round of talks with Saudi Arabia.

Kadhimi relayed a message from Riyadh to Iran during his visit, but the content of the message was not revealed.

In a joint press conference, President Raisi said that foreign presence in the region only causes problems, whereas dialogue and cooperation between neighboring countries in West Asia will lead to peace and stability.

Raisi added that Iraq is the closest nation to Iran and that their relations are among the best in various fields.

“Efforts by the Zionist regime to normalize relations with the countries of the region will not provide security in any way,” said Raisi.

Peace in the region, Raisi said, can only occur through the proper channels of communication among countries in the region.

Iraq passed a law in late May that criminalizes the normalization of diplomatic ties with Tel Aviv.

Both Raisi and Kadhimi agreed to the creation of a permanent ceasefire in the US-backed, Saudi-led war on Yemen, noting that only a Yemeni-Yemeni dialogue can lead to a political solution and lasting peace.

Kadhimi visited Iran a day after visiting Saudi Arabia on 25 June, where he was received by Saudi Crown Prince Mohammed bin Salman (MbS), according to the state news service Iraqi News Agency (INA).

The two held talks on several issues. However, the main topic suspected to have been on their agenda is the ongoing negotiation between Iran and Saudi Arabia, whose aim is the restoration of diplomatic ties.

No details were reported on the content of their discussions.

The Iraqi prime minister stated on 7 June that talks have achieved remarkable progress and are entering advanced stages.