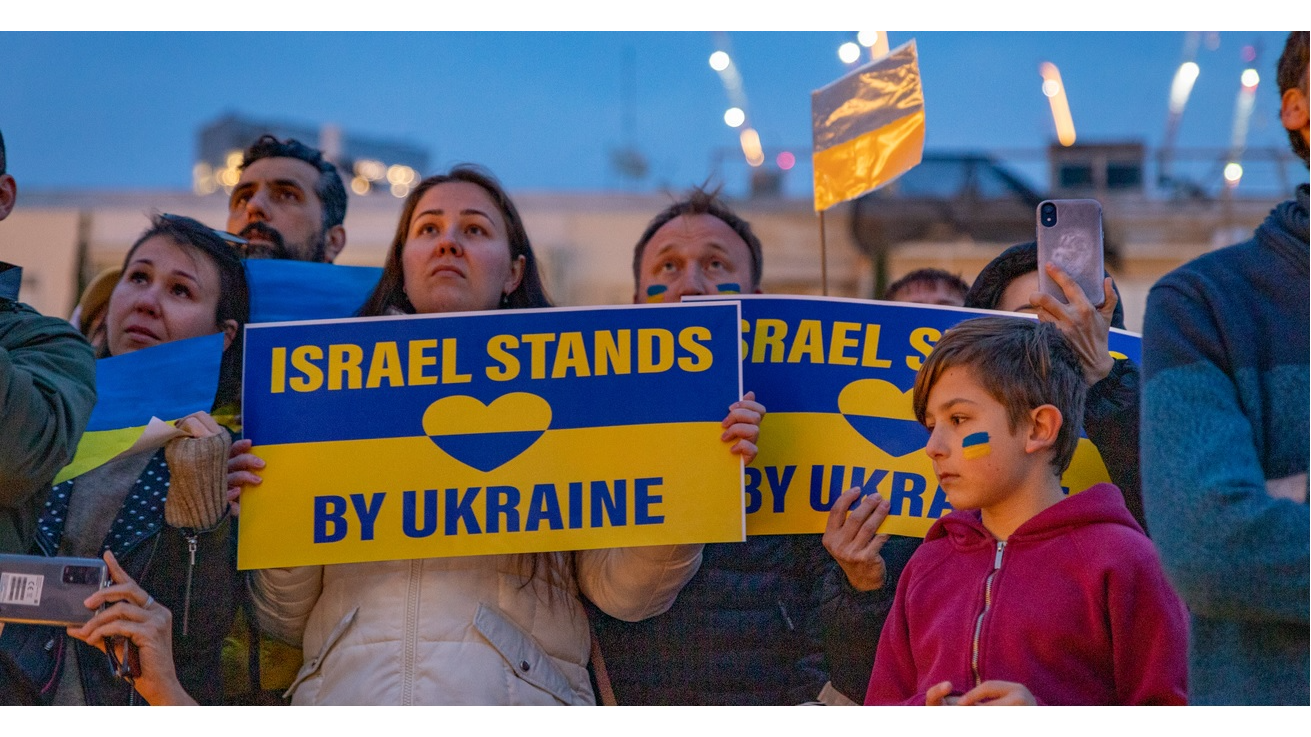 Ukrainian officials are considering an end to visa-free entries for Israelis, in light of growing tensions caused by the ill treatment that Ukrainian refugees are subjected to in Israel.

In an interview with Haaretz, the Ukrainian ambassador to Israel Yevgen Korniychuk revealed his government’s will to “consider reciprocal” actions towards Israel if talks with the Israeli Ministry of Foreign Affairs and Internal Affairs collapse.

Ukraine accuses Israel of failing to uphold its obligations in accepting enough refugees and in fulfilling its duties towards them during their stay.

Additionally, Ukrainian President Volodymyr Zelensky publicly shamed the Israeli government during an online video call with students from the Hebrew University in Jerusalem earlier this month.

“[European countries] did all it takes to host Ukrainian families, [and] Israel stopped the visa-free regime,” Zelensky said.

Ukrainian President Volodymyr Zelensky is addressing students of the Hebrew University in Jerusalem via video link:

"I am grateful to the people of Israel for the sincere and emotional support for Ukraine… but we would like to also get support from your government." pic.twitter.com/PZwzAd1p3J

Despite Israel’s initial pledge to accept thousands of refugee from Ukraine without discrimination, Interior Minister Ayelet Shaked announced that Israel will accept as many as 100,000 Ukrainians as long as they have at least one Jewish grandparent to fulfill the immigration requirement under the Law of Return.

Shaked, who is infamously known for incitement against Arabs in Palestine, took a step further, denying Ukrainian refugees any medical insurance during a cabinet meeting.

“These are not refugees but people who are coming [to Israel] on a tourist visa,” Shaked said.

Israel’s regulations led to the deportation of thousands of Ukrainian back to their home country or to Europe.

Of the approximately 12,600 who arrived as of March, less than 4,000 are eligible to stay, while others are awaiting deportation after visa expiry.

However, despite the obvious concern by Ukrainian officials regarding the refugee crisis, Zelensky sought to persuade Israel to deliver lethal weapons to the Ukrainian army to fight the Russian military operation.

These drones proved their efficiency at combat during the Azerbaijan–Armenian war and during their use by the Israeli army in Syria.

The drones are capable of neutralizing targets at a distance of 1,000 km, giving Ukraine unmatched strike capability, considering its current assets.

These systems, coupled with the Israeli-made Spike ATGMs, could halt the Russian advance in the east, according to military analysts.

But despite the pressure Israel faces due its reluctance to support the west in its war against Russia, Israel fears a Russian retaliation that would deny Israel its capability to strike the Syrian Arab Army (SAA) and Iranian assets in Syria at will.