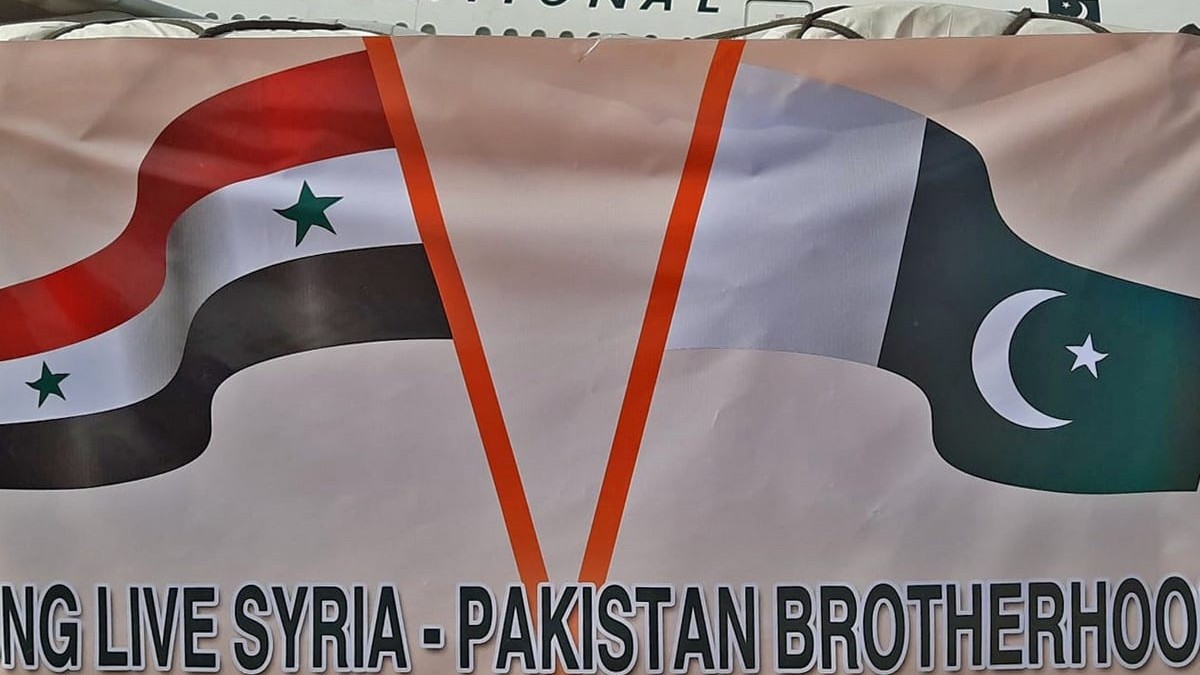 The Syria-Pakistan Joint Business Council held its third session on 30 June in a meeting between officials from both countries.

The meeting focused on ways to boost cooperation between Syria and Pakistan in a number of industries, including trade, health, and services.

At the meeting were the third Secretary of the Syrian Embassy in Pakistan, Nowruz Muhammad; Pakistan’s ambassador to Syria Muhammad Saeed Khan; Syria’s Chargé d’Affaires in Islamabad, Mazen Obeid; and a number of other businessmen and officials.

Obeid discussed the possibility of exporting Syrian products to Pakistan, and praised the country’s efforts to maintain and develop relations with Syria.

At the start of COVID-19 pandemic in 2020, Syria received its largest medical aid package at the time from Pakistan.

Obeid also pointed at issues relating to the Syrian trade market and the position in which it currently stands, given the restrictions and sanctions imposed by the US under the Caesar Act.

The Caesar Act, passed by the US Congress in 2019, prohibits individuals, companies, and states from conducting any business with the government of Syria, and has put significant strain on the Syrian economy as the country nears the end of its 11 years of war.

These sanctions have also impeded Syrian state efforts to reconstruct areas damaged by the conflict.

Recently, Syria has been involved in efforts to restore diplomatic relations with several states, including those who cut ties with Damascus at the start of the western and Gulf-backed regime-change war that began in March 2011.

This also includes countries that took part in the funding and arming of extremist groups that fought against the Syrian government.

In September last year, Jordan fully re-opened its main border crossing with Syria in a bid to resume economic relations with its neighbor. Shortly after, Jordan’s King Abdullah II held a telephone conversation with President Bashar Al-Assad for the first time in a decade.

In November 2021, Syria and the UAE, one of the principal backers of armed militant groups seeking to oust the Syrian president, restored diplomatic ties after the Gulf state’s Foreign Minister visited Damascus.

During a meeting between Assad and the UAE president and then-crown prince, Mohammed bin Zayed (MbZ) in March this year, MbZ referred to Syria as “a fundamental pillar of Arab security.”

Just this month, reports revealed that Hamas is soon expected to officially restore its relations with Syria, putting an end to a longstanding feud between Damascus and the Palestinian resistance faction.