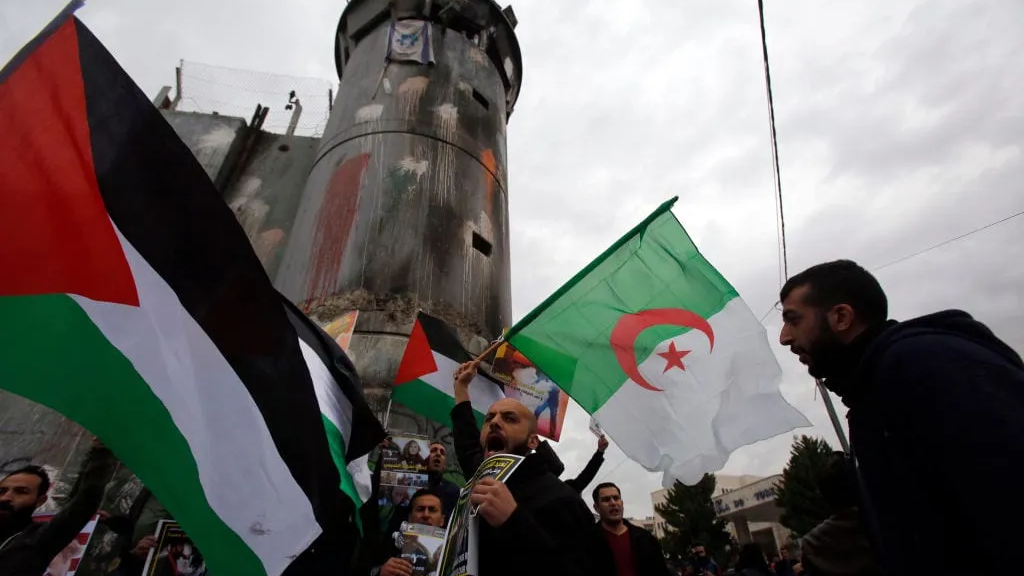 A delegation from Hamas, including politburo head Ismail Haniyeh, arrived in Algeria on the evening of 3 July at the invitation of Algerian President Abdelmadjid Tebboune.

Syrian Foreign Minister Faysal Mikdad is also in the capital Algiers for a celebration marking the 60th anniversary of the country’s independence from French occupation.

Reports suggest Hamas is on the verge of restoring ties with the Syrian government after a rift that lasted around a decade, following the western-backed insurgency that ravaged the country.

According to a report by Reuters, Hamas is expected to resume ties with Damascus soon. In the period between 18–19 June, a delegation from Hamas reportedly visited Syria and met with officials.

Various Hamas allies, including Hezbollah, are working diligently to facilitate the restoration of ties between Hamas and Damascus.

It is unclear if Haniyeh and Mikdad will meet on the sidelines of the Algerian independence celebration to further discuss this rapprochement.

After arriving in Algiers, the Palestinian resistance movement delegation praised the efforts of the Algerian armed resistance that ended an occupation that lasted for more than a century.

“The Palestinian people and their resistance look at the Algerian revolution as a source of inspiration for liberating Palestine,” the Hamas delegation declared.

The Algerian armed independence movement successfully pushed out all French colonists from its soil.

Proponents of the two-state solution — which seeks to maintain Israeli occupation of Palestinian lands taken in 1948 and 1967 while giving the rest to a future Palestinian state — fear Palestine taking inspiration from Algeria and reclaiming all Palestinian land from the Jordan river to the Mediterranean sea.

Hamas also called on the Algerian leadership to “remain a firm supporter of the Palestinian people and opponent of all forms of cooperation and normalization with the [Israeli] occupation.”

Israel took part in a series of military drills in Morocco, an adversary of Algeria, from 6 June to 30 June.