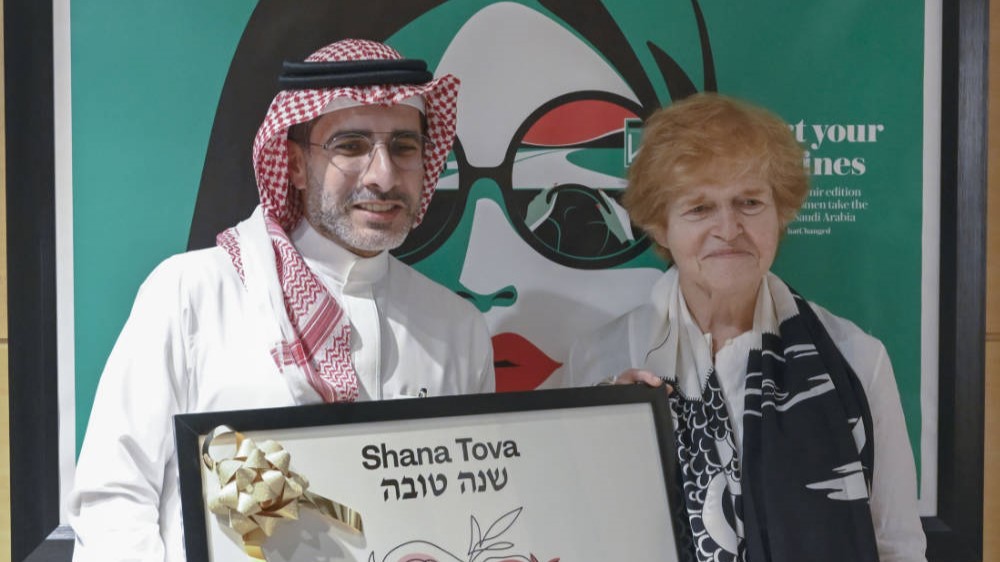 The US State Department’s special envoy to combat antisemitism, Deborah Lipstadt, visited Saudi Arabia last week as part of US-sponsored efforts for the normalization of ties between the kingdom and Israel.

In her first foreign visit after being named to the position, Lipstadt told Saudi media she hopes to “generate dialogue and normalize the coexistence of Muslims and Jews.”

She is also set to visit the UAE and Israel.

In 2020, former US President Donald Trump was successful in sponsoring the so-called Abraham Accords, which were signed by Bahrain, Morocco, and the UAE.

However, over recent months, several Arab countries have moved to criminalize normalization with Israel, including Iraq, Yemen, and Algeria.

The Saudis were not included in the accords, but they have since deepened commercial ties with Israel, especially as it relates to air defense technology.

Over recent weeks, several flights from Israel have landed in the kingdom after Saudi authorities reportedly lifted a ban on Israeli passport holders, allowing businesspeople to enter the country on a special visa.

Israeli caretaker Prime Minister Yair Lapid said on 30 May that Tel Aviv has been talking with the US and Gulf Arab countries on possibilities for normalizing relations with Saudi Arabia.

Lapid’s statements came on the heels of reports by Israeli media that revealed several senior security and political figures from Israel have visited the kingdom over the past decade.

Ahead of Biden’s trip to the kingdom, a US district court demanded that the White House clarify its position on the sovereign immunity of MbS over his involvement in the 2018 murder of Saudi journalist Jamal Khashoggi.

A civil case against MbS was filed in the US by the fiancée of the slain journalist, Hatice Cengiz, in October 2020. The suit alleges that MbS acted as part of a “conspiracy and with premeditation” to kidnap, torture, and brutally murder Khashoggi in the Saudi consulate in Istanbul.

A US intelligence report released by the Biden White House in February 2021 concluded that MbS had “approved an operation in Istanbul, Turkey, to capture or kill Saudi journalist Jamal Khashoggi.”

On 2 July, a UN human rights report showed that Israeli troops have killed 60 Palestinians in the occupied West Bank since the start of the year, including 14 underage boys and five women.