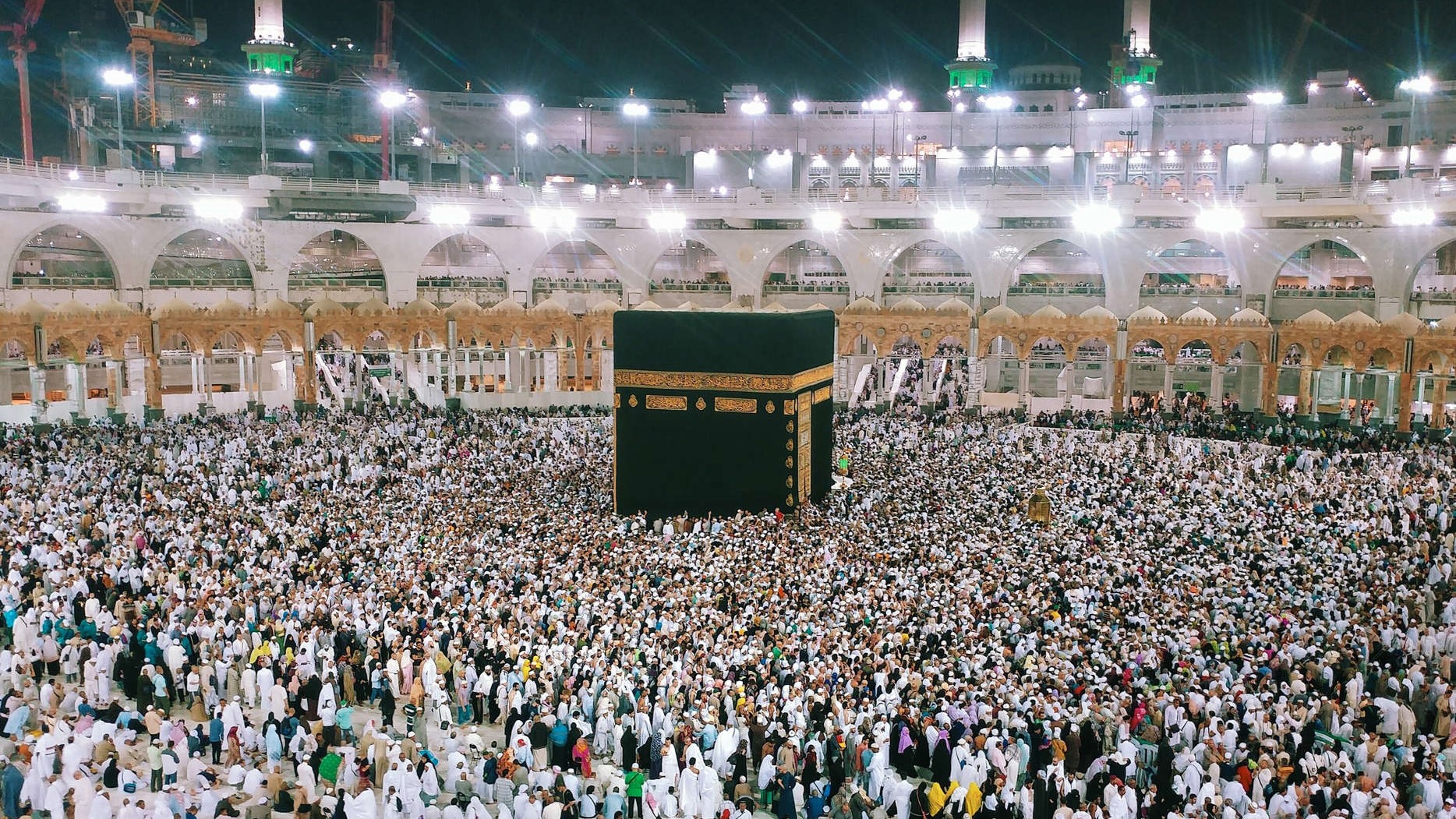 The Holy Kaaba in the holy city of Mecca, Saudi Arabia, during the Hajj pilgrimage. (Photo credit: Getty Images)

Saudi Arabia has received widespread criticism for its application of new processes, rules, and fines for the many Muslims around the world taking part in the annual Hajj pilgrimage.

The Hajj pilgrimage is currently underway, and will end on 10 July, at the start of Eid al-Adha.

This is the first time in two years that Hajj has been open to international pilgrims since the onset of the coronavirus pandemic.

This year, a cap of 1 million pilgrims were allowed into the country using a complicated lottery system called Motawif.

Many applicants have reported technical errors with a system that that accepts a successful transfer of cash, but gives no confirmation of their package.

“I’m traveling with 11 people in my group,” Dr Suhail Sherwani told The Independent. “That’s around £90,000 floating around, and it’s not ATOL protected because Motawif has not signed up for it.”

Dr Sherwani received a message stating his booking had failed, despite the successful payment.

In order to be admitted, a pilgrim must be below 65 years of age, must have three doses of approved vaccines, and have a negative PCR test within 72 hours prior to departure.

The approved vaccines include western brands like Pfizer and Moderna in addition to the Russian Sputnik V and Chinese Sinopharm.

The Iranian CovIran Barekat vaccine is not included on the Saudi list, which could prove problematic to the vast majority of vaccinated Iranians who received Barekat or Sinopharm.

Iran and Saudi Arabia are in the middle of negotiations for diplomatic ties between them to be restored.

The most controversial new rule is the need for a permit to perform Hajj. Performing the pilgrimage without a permit will result in a fine of 10,000 Saudi riyals or $2,662.

Saudi authorities say these rules are for logistical purposes, but the Gulf kingdom has been criticized for these rules as well as their handling of the Hajj pilgrimage in general over several decades.

Saudi Arabia has also been criticized for transforming a historically spiritual event that is traditionally geared at erasing social distinctions between people into a highly materialistic and lavish affair with Vegas-style 5-star hotels eclipsing the holy Kaaba and luxury shopping.

Bilal Muhammad, senior fellow at the Berkeley Institute for Islamic Studies, compared today’s erasure of the spiritual nature of Hajj to pilgrimages performed at the holy city by pre-Islamic pagans, which he described as a mere “cultural ritual and a business venture.”

“In Hajj, one of the most important issues is coexistence. People who do not know each other at all – people from different cultures, countries, ethnicities and languages – must live together. Where do our problems in the world – all human beings, not just the Muslims – stem from now? It’s because we don’t know how to live together,” Ayatollah Khamenei said.

He also added that Hajj “teaches us a simple lifestyle. ‘Ihram’ is a manifestation of living simply. Ihram clothes are only as much as needed to cover your body. This is living simply. Of course, it is not necessary for us to dress like this our entire lives. But Hajj wants us to learn this way of life. If you look, you will see that many miseries and problems in the world stem from greed, aristocratic lifestyles, luxurious living, and the like.”

An analysis by The Cradle columnist Omar Ahmed compared the constantly rising costs of the Hajj pilgrimage to the humble yet incredibly hospitable environment of the annual Arbaeen pilgrimage which takes place in Iraq, the largest annual religious pilgrimage.

“While the Saudi authorities may have forgotten about the importance of Arab hospitality in relation to the Hajj, these ideals are still present in neighboring Iraq, particularly during the annual Arbaeen pilgrimage commemorating the 40th day after the tragedy of Ashura in Karbala,” Ahmed wrote.

Ahmed described how local Iraqis, who do not accept payment, set up makeshift lodging between the cities of Najaf and Karbala, providing pilgrims with free places to sleep and free food.

Despite the lack of infrastructure in Iraq, tens of millions of pilgrims are comfortably and efficiently accommodated every year.