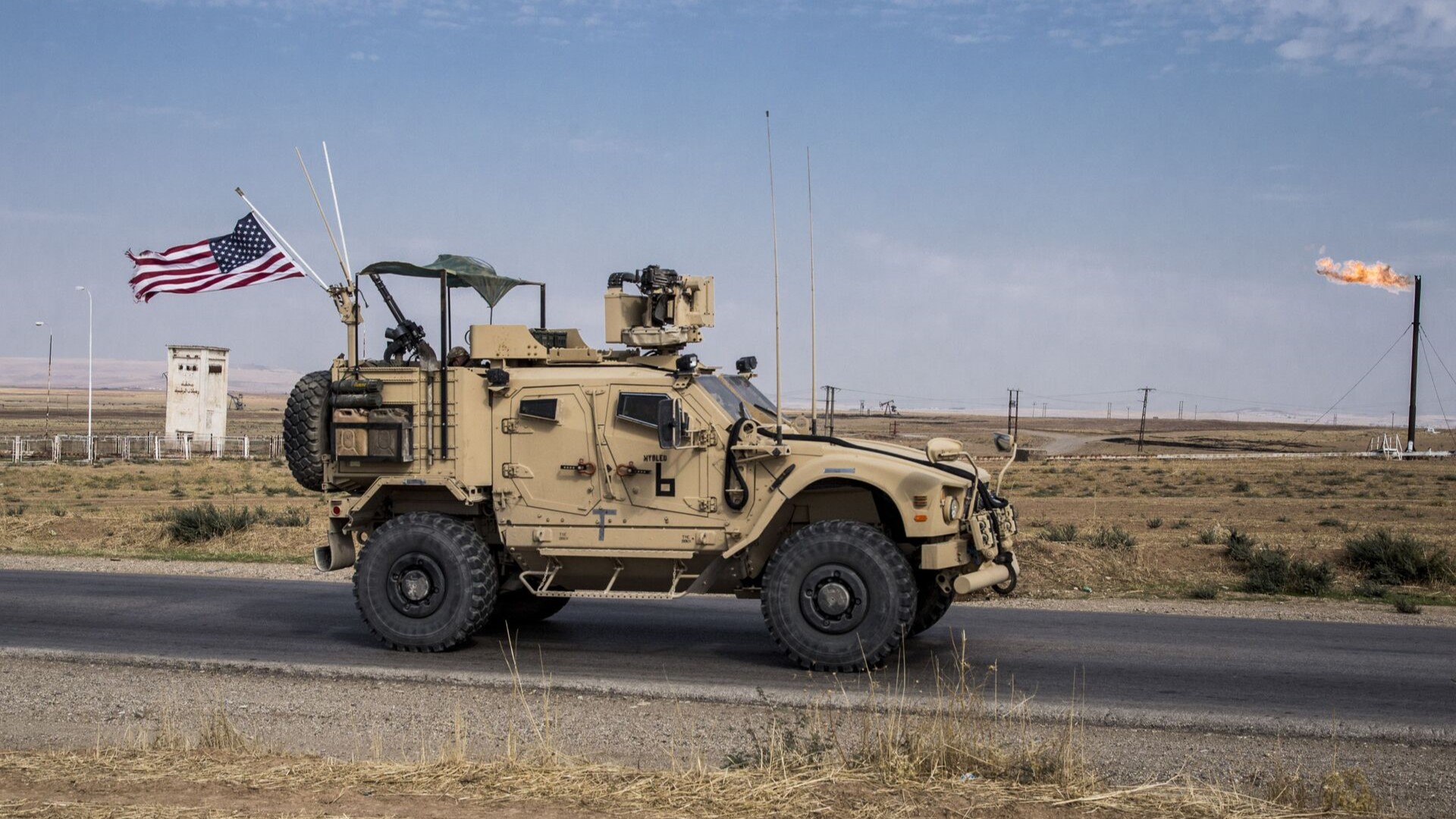 The Syrian Arab Army (SAA), along with local citizens from the village of Al-Mujaibara, have expelled a US army convoy that tried to break into an area under the control of the Syrian government in the northeastern Hasakah governorate.

According to local sources, a US convoy of five vehicles made an attempt to cross through the village towards one of its bases in the countryside of Hasakah on 5 July. It was intercepted by locals and SAA troops, who forced the occupation troops to turn tail.

On the same day, several protests were reported in the villages of Yusufiya and Al-Junaidah in Rmelan, Hasakah, with locals blocking roads and chanting slogans against the US-backed Syrian Democratic Forces (SDF).

This is the second time in the span of a week that Syrian troops intercept US occupation forces, as another US convoy on 1 July was stopped as it tried to make its way through the village of Qabur al-Granja in the Qamishli area.

Discontent has been growing against the US army and its proxy militias across Syria, with many protests taking place over the past year.

Tuesday’s events came just one day after a large missile strike reportedly targeted a US occupation base in Deir Ezzor governorate.

Hours before the attack, a US convoy consisting of 55 tanker trucks smuggled stolen oil from Hasakah to the Kurdish region of northern Iraq.

Hundreds of trucks filled with Syrian wheat and oil have been smuggled out of the war-torn country over the past 18 months alone, forcing Damascus to rely on the solidarity of regional powers to fulfill its needs.

The presence of US forces in Syria is illegal under international law, as troop deployment in the war-torn country was implemented without the consent of Damascus or the UN.

Earlier this year, The Cradle reported that US forces transferred dozens of ISIS detainees, including high-ranking commanders, to Deir Ezzor governorate, close to the Iraqi border.

This was reportedly an attempt to ‘revive ISIS’ for the purposes of destabilizing a region that had recently been liberated by the SAA, with the help of Russian troops.

A recent report also suggests that the CIA is actively working to recruit ISIS militants imprisoned by the SDF in northeast Syria to join the fight against the Russian army in Ukraine.