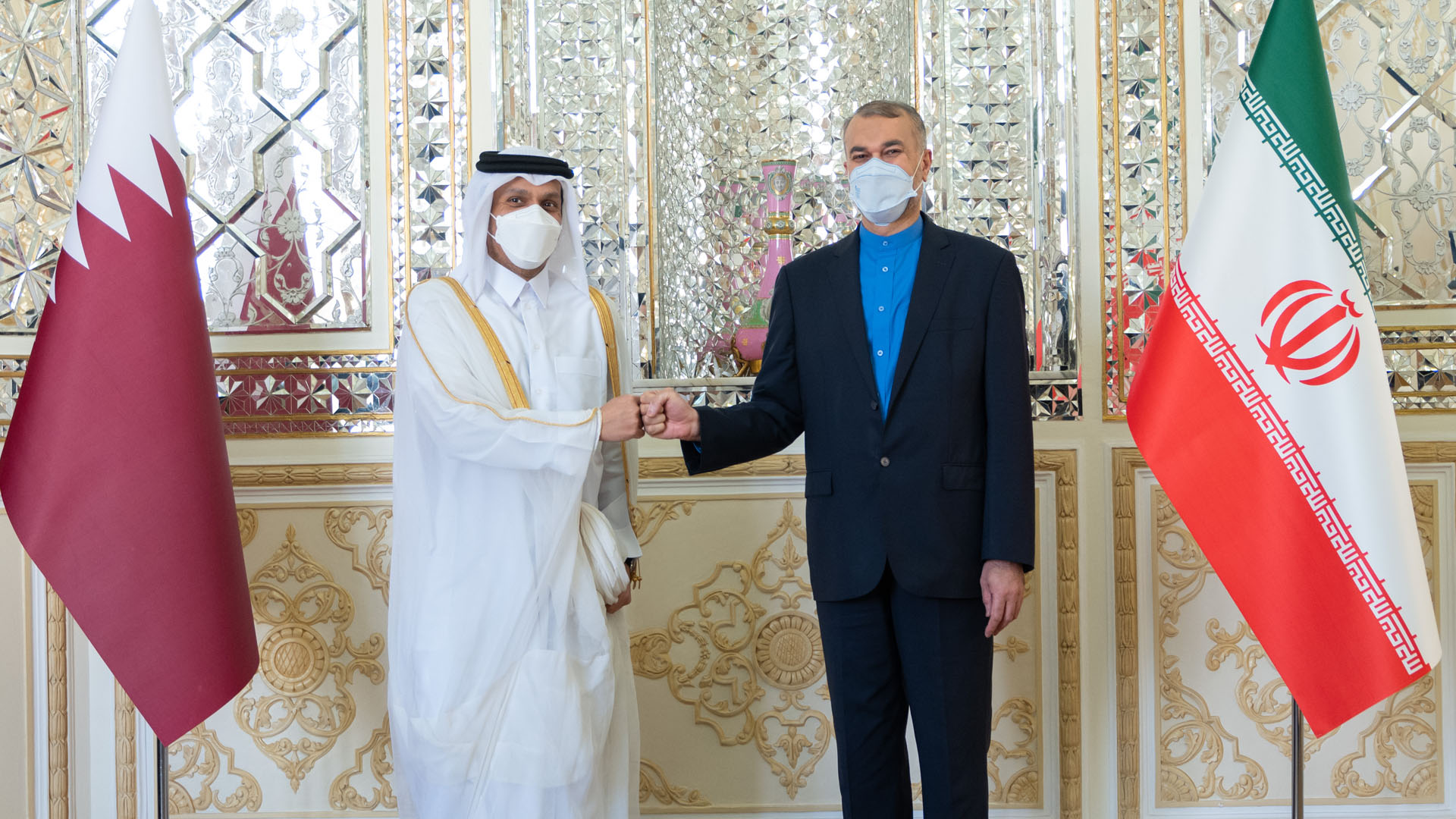 The Qatari diplomat arrived in Tehran in the afternoon and is scheduled to meet with Iran’s security chief Ali Shamkhani.

The visit comes after Qatar hosted two days of indirect talks between the US and Iran, with the EU conducting shuttle diplomacy.

According to western reports, the talks concluded without progress, but Iran was suggesting otherwise. As of now, no further negotiations have been scheduled.

The two ministers held a press conference subsequent to the meeting, where Amir-Abdollahian countered US claims regarding Iran’s fault in the failure of nuclear talks in Doha.

“Despite some media claims by the American side, we have no claims that go beyond the Joint Comprehensive Plan of Action (JCPOA),” Iranian foreign minister said, adding that Tehran is ready to proceed with the talks.

Amir-Abdollahian stressed on Tehran’s demand for an “effective guarantee” by the US, in relation to their promises in the original deal.

Al-Thani reiterated Doha’s support for the restoration of the JCPOA, and for frequent regional talks between Iran and their neighbors.

US State Department spokesman Ned Price confirmed to reporters on 5 July, that there were no plans for another round of nuclear talks, who claims Tehran has introduced “extraneous demands” that go beyond the original deal.

The advisor to Iran’s negotiating team in Doha, Mohammad Marandi, denied US allegations over the “failed” talks between Tehran and the EU, remarking: “We do not consider US media statements as serious.”

“The Americans must provide the guarantees that Iran wants in order to make sure that they do not stab us in the back, as they did in the past,” Marandi said.

The EU, Marandi explained, are interested in Iran today only because they are in dire need of oil due to the Russia-Ukraine conflict.

Back in May, Emir of Qatar, Sheikh Tamim bin Hamad al-Thani, arrived in Tehran and met with Iranian Supreme Leader Ayatollah Ali Khamenei and President Ebrahim Raisi, for talks on bilateral and regional issues, as well as efforts to revive sanctions removal talks between Iran and western powers.