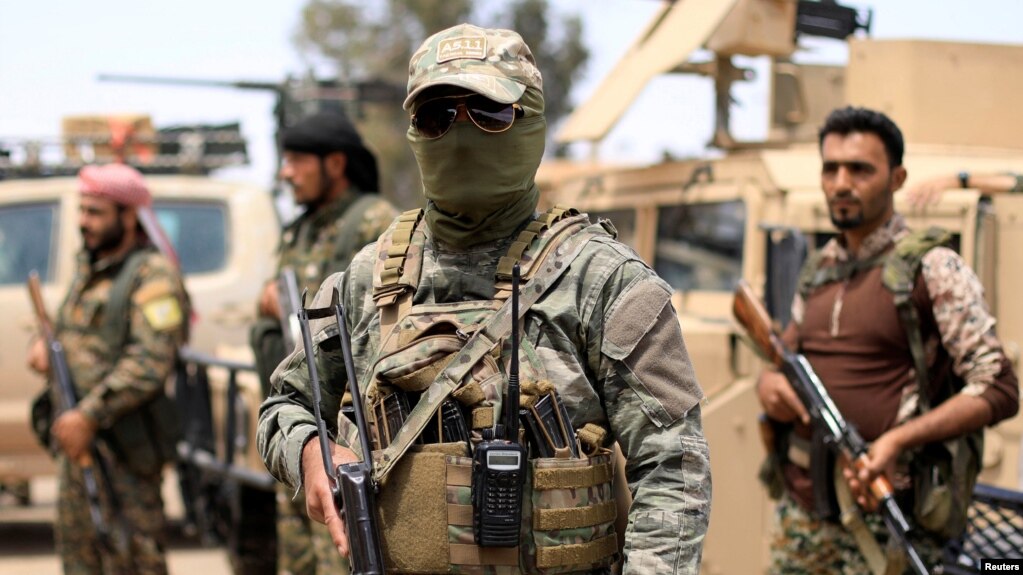 On 8 July, Kurdish-led militants sponsored by the US and affiliated with the Syrian Democratic Forces (SDF) have reportedly abducted 10 civilians in Syria’s northeastern Al-Hasakah governorate.

Anonymous sources from the town of Tal Hamis said that, of the 10 civilians kidnapped, three were young members of the same family.

Frustration and anger at the presence of US forces and their militias have recently been on the rise among Syrian citizens in the area.

Local sources told Syria’s official news agency SANA that the SDF stormed into the villages of Okaz, Safanehm and Akrash, and abducted 10 people from their homes.

The source said that the US-backed militants took the captives to an unknown location.

Locals poured into the streets following the abductions, blocked main roads, and demanded the unconditional release of those abducted.

The abductions occurred on the same day that a motorcycle bomb attacked a checkpoint manned by the SDF in Al-Hasakah city. According to reports, there were no casualties as a result of the attack.

On 7 July, a spokesman for the SDF revealed that the government of President Bashar al-Assad had agreed to provide the militia with heavy weapons to confront Turkish aggression in the countryside of Raqqah and Aleppo.

SDF spokesman Aram Hanna specified that the agreement “falls purely within the military framework [and focuses on] preserving the integrity of Syrian land and addressing a possible attack by the Turkish occupation army and its mercenaries.”

Hanna also highlighted that the arsenal the SDF is receiving from Damascus is part of a strategy to bolster the country’s defenses on the border with Turkey, without increasing the number of troops in the area.

The joint defense agreement between the SDF and Syrian Arab Army (SAA) is part of a Russia-mediated plan to defend the country against Turkey’s plan for a new military invasion.

The Turkish military began a new military campaign in Syria on 25 May, launching an offensive on several villages in the northwestern countryside of Al-Hasakah governorate and the city of Afrin, targeting Kurdish militias, including the Kurdistan Workers Party (PKK) and the SDF.

Turkish President Recep Tayyip Erdogan said the operation will establish a ‘safe zone’ of 30 kilometers along the southern borders of Turkey.