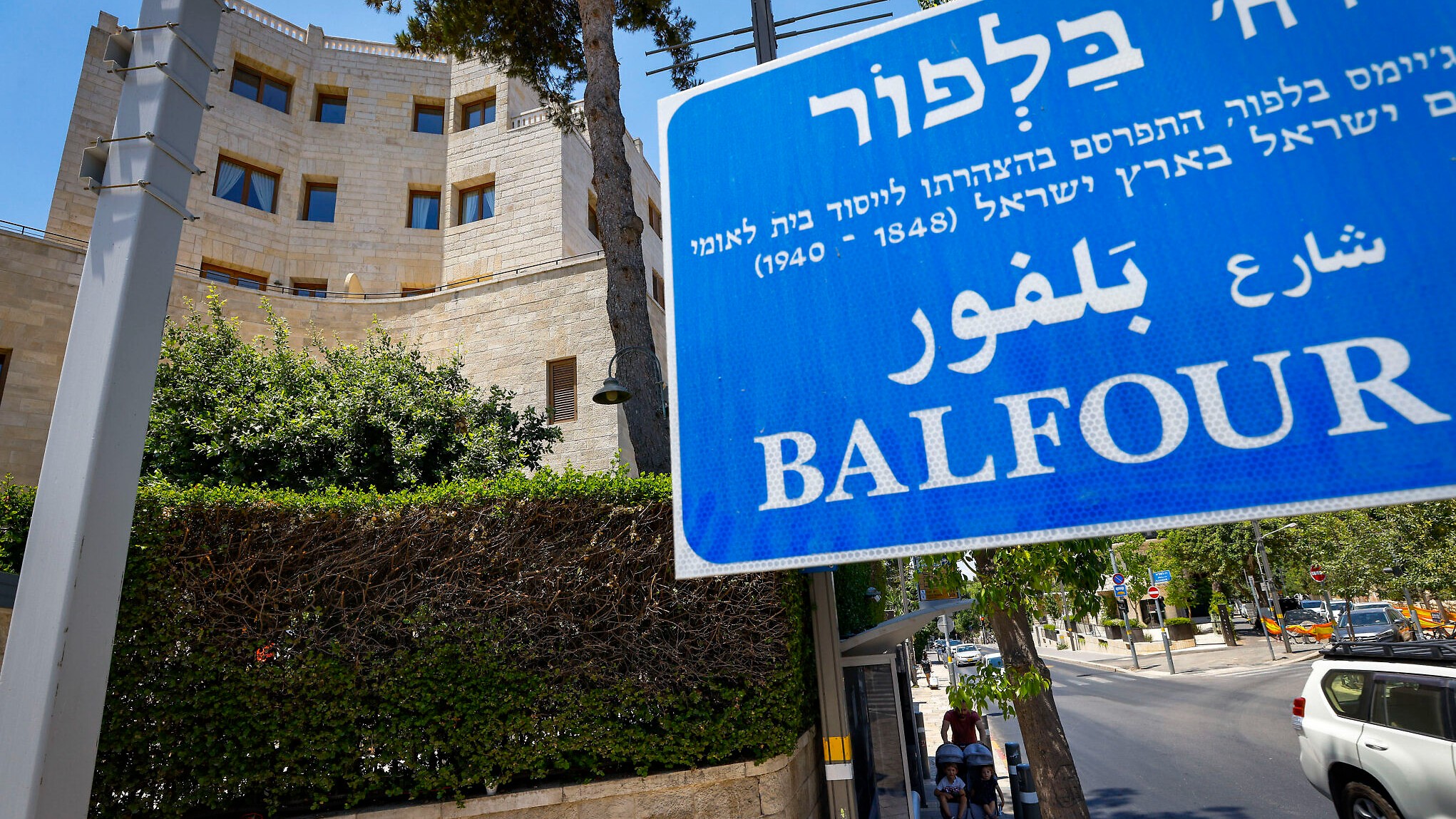 Shtayyeh gave the order when it was revealed that the Israeli caretaker prime minister was planning on living there temporarily.

The Villa Salameh, as engraved on one of the walls, was built in the 1930s by Palestinian businessman Hanna Salameh.

Salameh was expelled from Palestine in 1948 upon the formation of the state of Israel, and lived in exile in Lebanon.

The luxurious home is located in the Talbieh neighborhood of West Jerusalem, which was built a century ago and was home to several residences built by wealthy Palestinian elites.

After the formation of Israel and the resulting Nakba, the dispossessed residents of the Talbieh neighborhood were forced out of Palestine by Israeli forces.

Two years later, the villa, along with many Palestinian homes in the area, was seized by Tel Aviv under the Absentee Property Law.

The Absentee Property Law was passed by the Israeli government in 1950, allowing it to seize the homes of Palestinians who were forced to both abandon their properties and leave their country.

Reportedly, Lapid has temporarily occupied the villa, as the official prime ministerial residence on Balfour Street in occupied West Jerusalem, which is near the villa, undergoes renovation.

On 4 July, during a meeting in Ramallah, Shtayyeh strongly condemned Israel’s continued violation of homes left behind by refugees, and called for the right of return for all Palestinians to their homeland under UN Resolution 194.

The takeover by the Israeli prime minister of a historic Palestinian home aligns with Tel Aviv’s official policy of seizing or destroying Palestinian homes, and forcibly evicting their residents.

In March this year, the Jerusalem Municipality declared its intention to annex 800 Palestinian homes in the neighborhood of Jabal al-Mukaber, in order to raze them and build a commercial center as well as 500 settlement units for Jewish residents.

On 12 June, a report by Land Research Center of the Arab Studies revealed that Israeli forces demolished at least 1,032 Palestinian buildings and homes in occupied East Jerusalem and the West Bank in 2021.