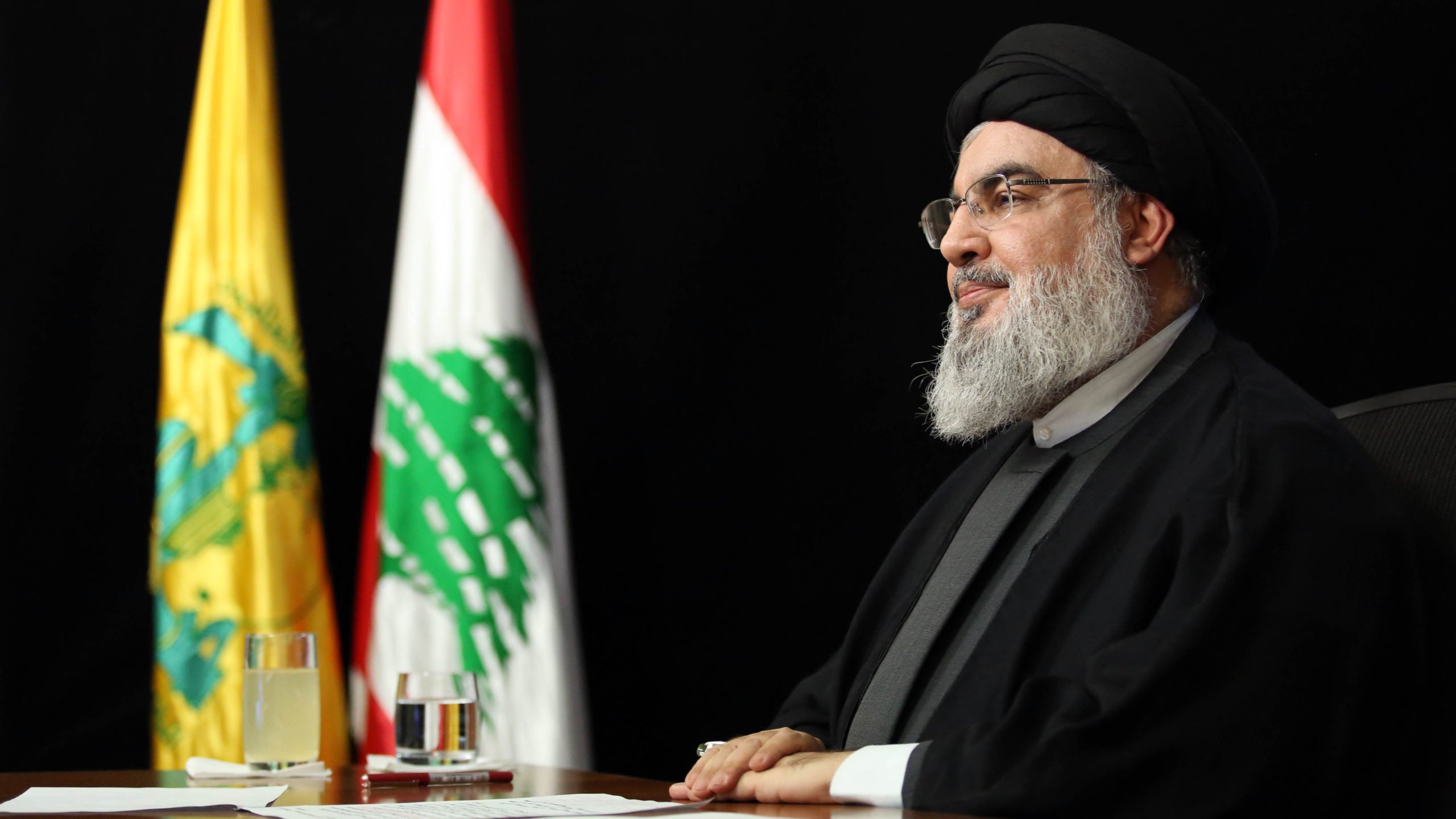 The Secretary General of Lebanese resistance movement Hezbollah, Sayyed Hassan Nasrallah, said on 13 July that if Lebanon is not allowed to drill for its natural resources in the disputed Karish gas field, “no one will be able to extract its gas or its oil.”

“If you don’t give us the rights that our state is asking for … then we could flip the table on everyone … If you want to get to a point where this country is barred from taking advantage [of these fields], then no one will be allowed to extract gas or oil and no one will be able to sell gas or oil,” Nasrallah said during his televised speech.

The Hezbollah leader went on to say that the path Lebanon finds itself on is “heading towards what’s worse than war,” and that “war and martyrdom are better than death from hunger or economic collapse.”

“The resistance is telling you, make use of me. Take advantage of me … Tell the US that we do not answer to anyone, we’re uncontrollable – say whatever you want. Say it,” Nasrallah told Lebanese authorities.

As Lebanon grapples with an economic meltdown not seen in the last century and a half, the resistance leader noted that “hundreds of billions of dollars can be secured from the offshore gas in order to rescue Lebanon.”

“There is a golden chance in these coming two months, in light of the US–European need for gas,” Nasrallah said.

He also gave Lebanese authorities a six-week deadline to secure Lebanon’s rights over their natural resources, saying: “Do not allow the US to deceive you. You should obtain your rights before September, or the situation will become more difficult.”

Nasrallah also spoke about a recent reconnaissance operation in which Hezbollah deployed three unarmed drones to the vicinity of the Israeli-contracted vessels, saying the operation was meant as a warning to oil rig workers that this “is not a safe area.”

“For the first time in the history of the Zionist entity, the resistance launched three drones at the same time and towards the same target, and we have the ability to send armed drones of various sizes and with bigger numbers,” Nasrallah said, before warning that “the drone message is a modest beginning for where we intend to go.”

In the wake of the drone operation, the US reportedly threatened to place sanctions on Lebanon if authorities do not condemn Hezbollah’s actions.

“Write down this new equation,” Nasrallah said. “Karish, beyond Karish, and way beyond Karish. We are following up on all fields, wells, and platforms across Palestine.”

Nasrallah’s words were an echo of a statement he made at the very start of the 2006 war with Israel, when he said the forces of Hezbollah would reach “Haifa and beyond Haifa.”