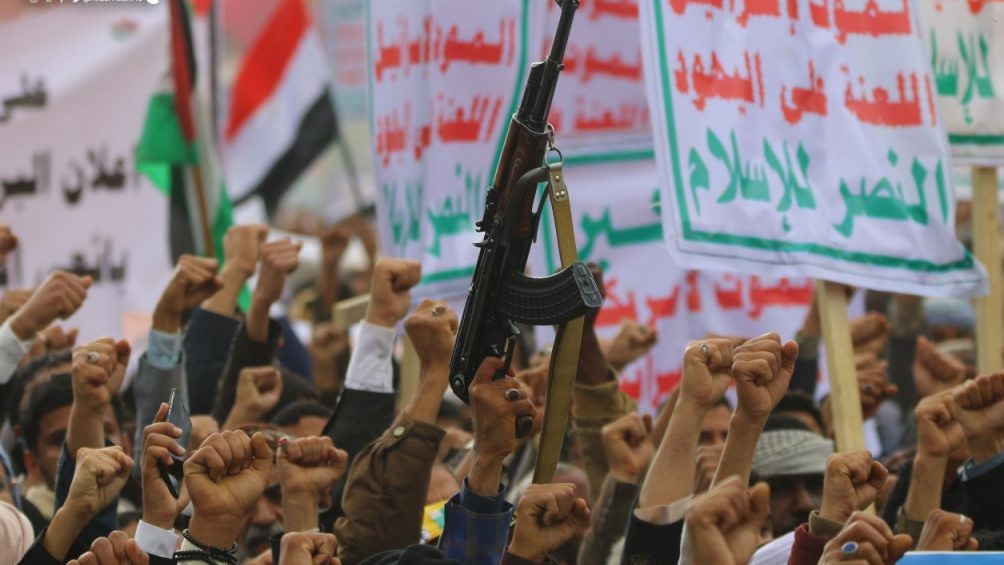 The political office of the Ansarallah resistance movement released a statement on 15 July condemning the arrival of US President Biden in West Asia.

The statement described the Biden visit to occupied Palestine, Israel and Saudi Arabia as one that serves only Tel Aviv at the  expense of the region.

According to the statement, “the visit comes within a series of normalization efforts with Israel, which represents a betrayal of Palestine and its cause.”

It also “serves the US and Israel at the expense of the security and stability of the region,” the statement said.

Biden’s arrival in the occupied West Bank was met by angry protests demanding an end to the occupation as well as justice for slain Palestinian–US journalist Shireen Abu Aqla, killed by an Israeli sniper on 11 May.

The US president arrived in Saudi Arabia on 15 July, where he held a three-hour meeting with Saudi crown prince Mohammed bin Salman (MbS).

The Yemeni statement said the US visit seeks to align Saudi Arabia with “the Israeli enemy against the Saudi nation and its people.”

The kingdom, the statement also said, has opened its “skies to Israeli enemy aircraft,” in reference to Riyadh granting airspace permission to Israeli commercial flights.

As part of another deal between Riyadh and Tel Aviv ratified during the US presidential visit to the kingdom, Israel has approved the provisions of the agreement on the transfer of the strategic Red Sea islands of Sanafir and Tiran to Saudi Arabia.

The Ansarallah statement called on all Arabs and Muslims to condemn Biden’s visit and the “catastrophic effect” of pushing for normalization with Israel.

On the same day, an official of the Sanaa government, Muhammad Ali Al-Houthi, said via Twitter that the Yemeni people will not accept the continued aggression of the Saudi-led coalition and its international allies.

Al-Houthi urged the “enemies who hold a summit in Saudi Arabia” to end their war and economic blockade on Yemen.

For the past seven years, Saudi Arabia and a coalition of regional allies have waged a brutal war and economic blockade against Yemen, with logistical support from the US, the UK, and Israel.

The war caused what the UN has called the most severe humanitarian crisis the world has ever seen.

The Saudi-led coalition also continues to carry out a systematic campaign of looting Yemen’s natural resources, which, according to Yemeni officials, is taking place under instructions from Washington.