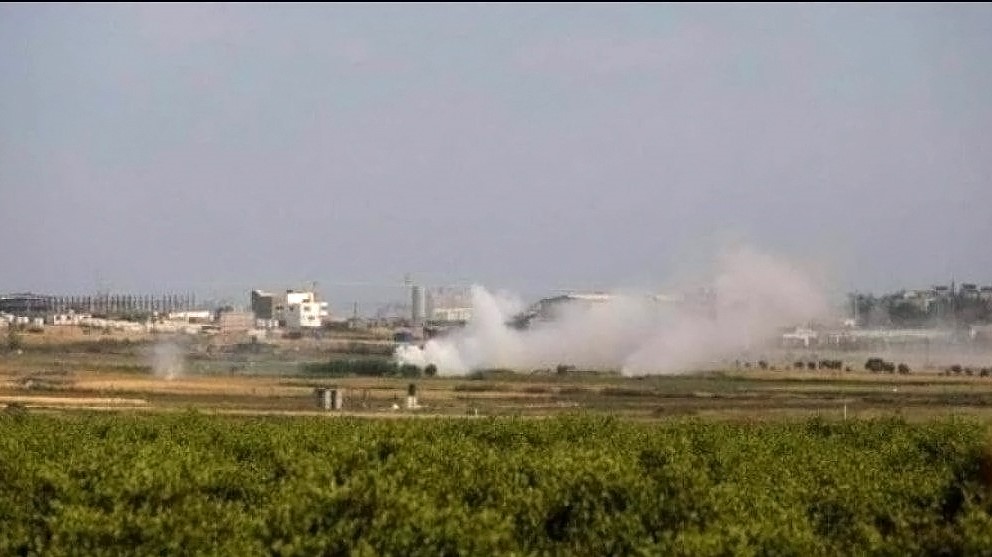 The Israeli air force has launched renewed airstrikes against alleged Hamas targets in the Gaza Strip after a single bullet fired by the Palestinian resistance hit an industrial building in the adjacent Israeli settlement of Netiv Ha’asara on 19 July.

Neither attack has so far resulted in any injuries nor casualties.

The Israeli armed forces confirmed the discovery of the bullet round after media reported on the gunfire from Gaza.

These airstrikes mark the second round of aerial attacks against Gaza since Yair Lapid was sworn in as interim prime minister of Israel. They also come after a relative absence of strikes for several months.

In retaliation for the 15 July strikes, Palestinian resistance factions launched rockets into the adjacent settlements near Gaza, including Ashkelon.

Israeli missile defense systems were able to shoot down most of the projectiles launched.

The 15 July strikes came hours after the visit of US President Joe Biden to the occupied territories.

Far-right member of the Knesset (MK) Itamar Ben-Gvir has been promoting the idea that Israel must kill “as many [Palestinians] as possible” during attacks on the Gaza Strip.

“The solution is very simple. When one rocket is fired at us, we respond with 50 rockets towards sensitive and deadly areas, and do not hit the sand dunes, but kill as many of them as possible,” Ben-Gvir said on 16 July during a televised discussion on Israel’s Channel 12.

Ben-Gvir is a close ally of former prime minister Benjamin Netanyahu, whose fortunes to return to power took an upswing last month after the most recent collapse of the Israeli government.

With a new round of elections scheduled for 1 November, Netanyahu is gearing up to court the Jewish supremacist vote under the slogan “the Arabs are taking over the country.”

The most recent opinion polls show that if Ben-Gvir takes the helm of the Religious Zionism party from current leader MK Bezalel Smotrich, the party would win 13 seats in the elections, compared to just 10 under Smotrich.