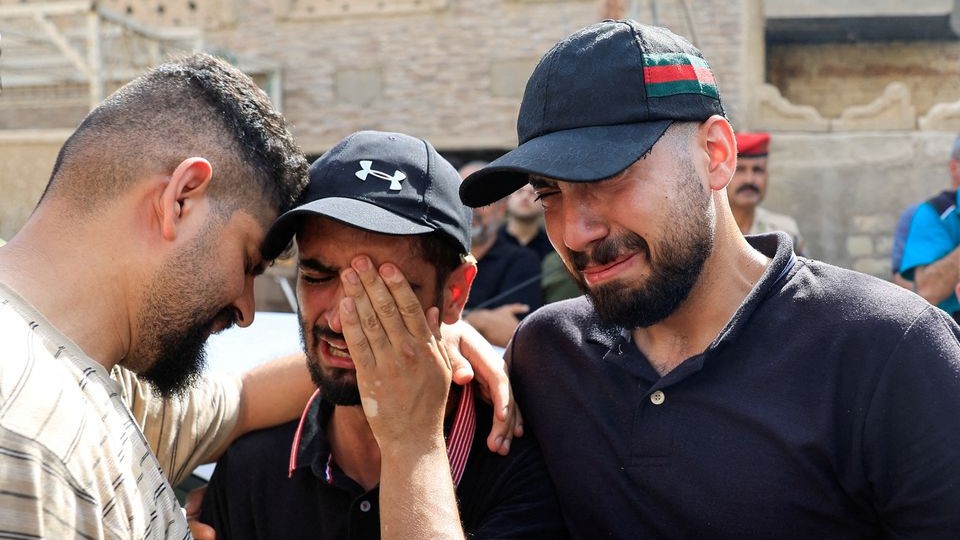 Hundreds of people protested on the streets of Baghdad on 21 July, following the Turkish artillery attack in northern Iraq that left nine civilians dead and 23 injured, including women and children.

The incident occurred on 20 July at a resort near the Iraqi town of Zakho near their shared border with Turkey, with Ankara shifting the blame towards the Kurdistan Workers Party (PKK) armed group.

According to local reports, around 500 people gathered around a building belonging to the Turkish embassy. The gathering resulted in brief scuffles between Iraqi authorities and protesters.

Turkey’s Foreign Minister Mevlut Cavusoglu emphasized that Ankara’s military operations in Iraq have been primarily against the PKK, which are deemed a terror group by the US and EU.

Iraq has officially held Turkey responsible for the attack. Turkey, however, claims they would not target an area with civilians and are ready to hold talks with Baghdad to identify those behind the attack.

“All signals indicate that Turkey is responsible for the assault and its denial is a dark joke,” the Iraqi foreign ministry said in a statement.

One of the protesters, Haider al-Tamimi, accused Iraqi politicians as well as the autonomous Kurdish-led authorities of having responded timidly to the attack.

“We demand a decisive reaction from the Iraqi government,” Al-Tamimi said.

Iraq has summoned Turkey’s ambassador to Baghdad over the attack, with its state agency remarking that the government will recall its Chargé d’Affaires in Ankara.

The deceased were transferred to Baghdad, and funerals are being organized, and will be attended by Iraqi officials, including Prime Minister Mustafa al-Kadhimi.

After the attack, the Foreign Ministry of Iraq announced a high-level diplomatic response to the Turkish attack, and a referral of the case to the UN Security Council (UNSC).

The Iraqi Council of Representatives has also called on the foreign ministry to make a list of all previous Turkish attacks and violations on the sovereignty of the country as a basis to file an urgent complaint against Turkey at the UNSC.