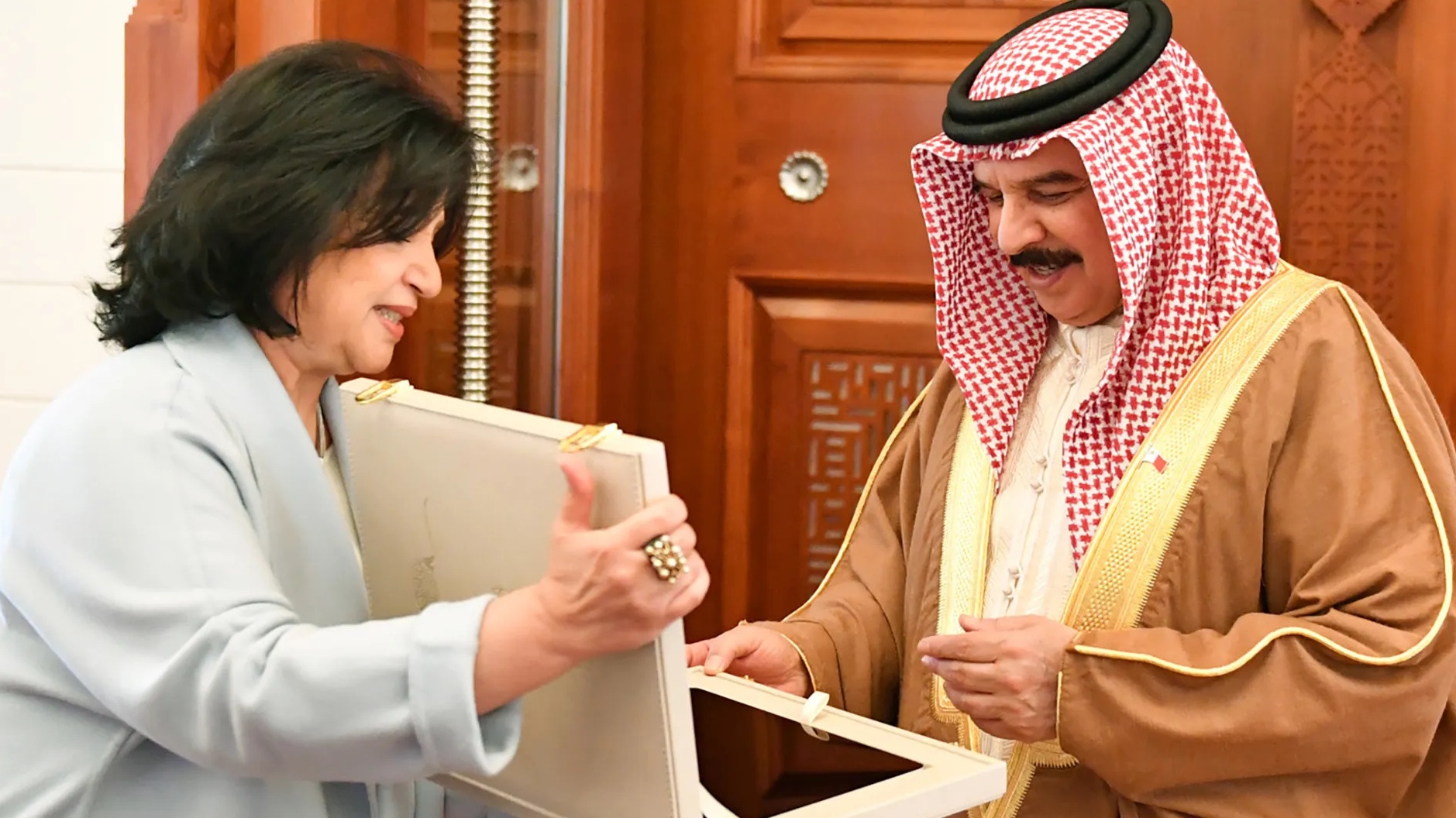 The King of Bahrain, Hamad bin Isa al-Khalifa, has dismissed the president of the Bahrain Authority for Culture and Antiquities, Sheikha Mai bint Mohammed al-Khalifa for refusing to bow to the rules of the Abraham Accords.

Mai al-Khalifa led the Bahrain Authority for Culture and Antiquities for twenty years.

The decision to dismiss Mai al-Khalifa seems to have been taken when she refused to shake hands with the Israeli ambassador to Manama, Eitan Naeh, according to the online news website, Wattan.

The incident took place at the house of the US ambassador to Bahrain, Steven C. Bondy at a gathering held to pay respects for Bondy’s deceased father.

Bondy invited ambassadors and officials, including the Israeli ambassador, Naeh, to the gathering held on 16 June.

According to Wattan, Mai al-Khalifa refused to interact with Naeh, and requested the US embassy to not publish photos of her at the funeral or in the presence of the Israeli ambassador.

After her dismissal, on 21 July, King Hamad appointed Sheikh Khalifa bin Ahmed bin Abdullah al-Khalifa as head of the Bahrain Authority for Culture and Antiquities.

Mai al-Khalifa reacted to her dismissal with a tweet thanking friends and colleagues for their emotional support.

Throughout the years, Mai al-Khalifa openly advocated for Palestine and contributed to the preservation of a culture that was  supportive to the Arab and Palestinian cause in Bahrain.

Reportedly, Mai al-Khalifa blocked a Jewish-US investment in Manama intended to establish a Jewish neighborhood from Bab al-Bahrain to the synagogue in Manama.

Additionally, she hosted Israeli-Jewish historian Ilan Pappe in November 2021, to discuss the Palestinian cause and the call to action to end the apartheid system in occupied Palestine.

Last year, the UAE and Bahrain were the first Arab states to normalize relations with Israel in more than twenty years, in a deal brokered by the administration of former President Trump.