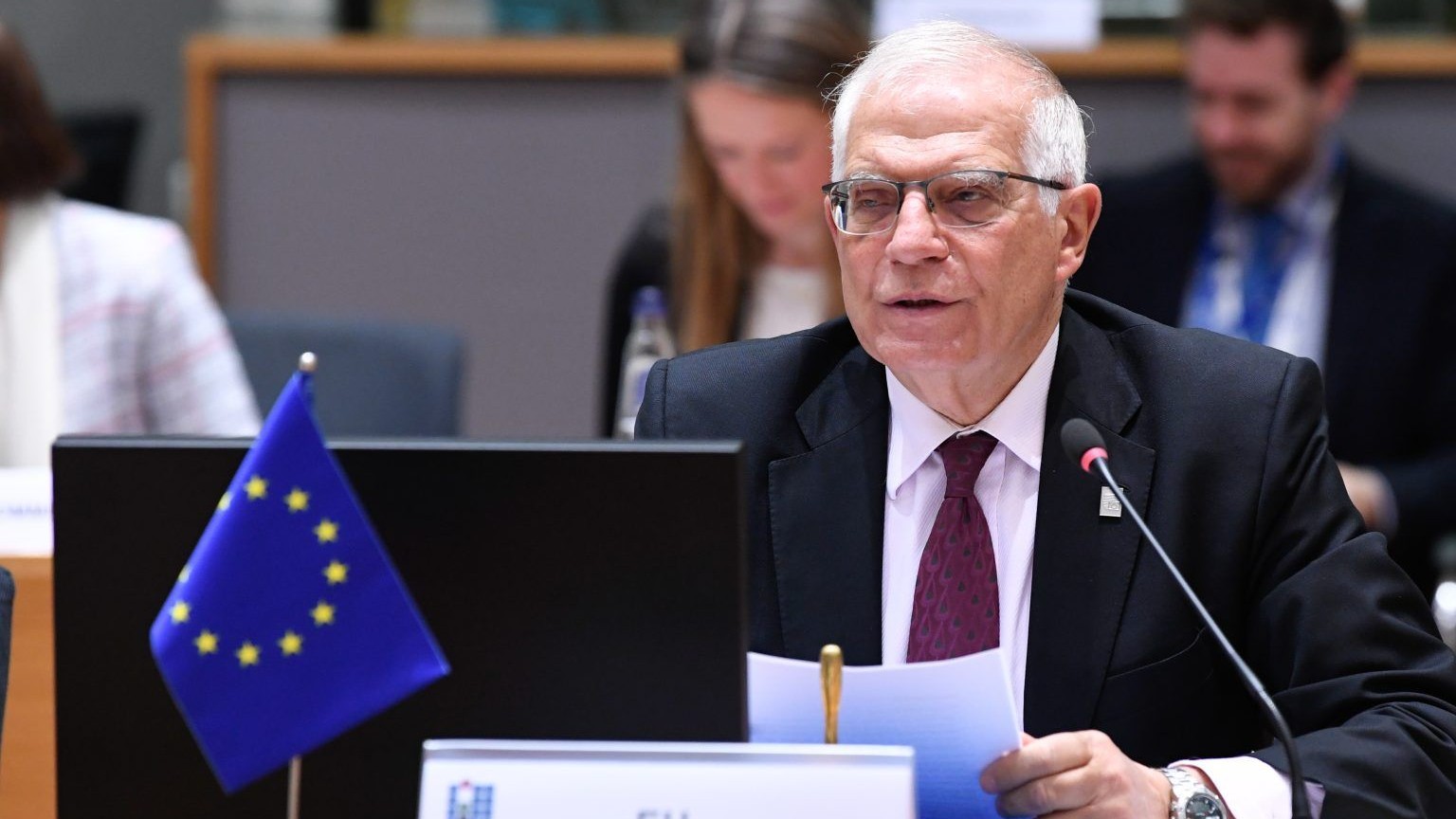 “I have now put on the table a text that addresses, in precise detail, the sanctions lifting as well as the nuclear steps needed to restore the JCPOA,” Borrell wrote in an essay in the Financial Times.

He added that after 15 months of “constructive negotiations” and several interactions between the US and the remaining JCPOA signatories, there is no space for additional “significant compromises.”

Iran’s lead nuclear negotiator, Ali Bagheri Kani, confirmed Borrell’s recent proposal, saying: “We, too, have our own ideas, both in substance & form, to conclude the negotiations which would be shared.”

On 25 July, US State Department spokesperson Ned Price claimed that the initiative to revive the JCPOA is “dependent on Iran’s cooperation,” stating that Washington is ready to move forward with the negotiations once Tehran is “ready to engage constructively.”

Following Washington’s unilateral exit from the deal in 2018, Iran exercised “strategic patience” for a year, eventually scaling back its commitments in 2019.

Nonetheless, the Islamic Republic maintained its “remedial measures” on the condition that other parties would fulfill their commitments to the JCPOA, according to Iranian Foreign Ministry spokesman Nasser Kanani.

Earlier this week, Iran confirmed that a number of cameras installed by the International Atomic Energy Agency (IAEA) as a measure beyond the safeguard agreement will remain turned off until the JCPOA is restored.

Earlier this month, US President Biden said he was ready to put a definite end to sanctions-removal talks with Iran in order to keep the Islamic Revolutionary Guard Corps (IRGC) on the “terrorism” blacklist.

The White House’s refusal to remove the IRGC from its list of Foreign Terrorist Organizations (FTO) has reportedly been a major hurdle in reviving the deal.

Keywords
Ali Bagheri KaniDonald TrumpEUFTOIAEAIRGCJCPOAJoe BidenJosep BorrellNasser Kanani
More news
Syrian Kurds halt operation against ISIS
Nov 26, 2022
US mediating between Ankara-SDF to prevent ground offensive: Report
Nov 26, 2022
US base comes under missile attack in northern Syria
Nov 26, 2022
Pakistan invites Turkey to join economic corridor with China
Nov 26, 2022
PreviousNext
Syrian Kurds halt operation against ISIS
General Mazloum Abdi blamed the US for not having done enough to stop the Turkish cross-border operations in Syria
Nov 26, 2022
US mediating between Ankara-SDF to prevent ground offensive: Report
According to a Kurdish media report, Ankara has asked for a cut of the oil revenues from SDF-controlled areas as a condition for withdrawing from plans of a ground invasion
Nov 26, 2022
US base comes under missile attack in northern Syria
Local tribes have increasingly become more dissatisfied with the presence of illegal US troops in the region, which is centered around plundering natural resources
Nov 26, 2022
Pakistan invites Turkey to join economic corridor with China
Pakistan and Turkey consider their economic and military cooperation a cornerstone of deterrence against foreign enemies
Nov 26, 2022
Qatar reconsiders London investments in wake of grandstanding ban over ‘LGBT+ concerns’
Qatar has invested an estimated $40bn in the UK, owning British landmarks like Harrods, the Shard building, Chelsea Barracks, as well as a 20 percent stake in Heathrow airport
Nov 26, 2022
US offers support to Iraq in confronting threats to Kurdistan region
Iran accuses the Kurdish region of Iraq of harboring the masterminds of violent unrest in the country, while Turkey blames Kurdish militias based out of northern Iraq and Syria for a terror attack in Istanbul
Nov 26, 2022
Azeri president denounces France’s position on peace talks with Armenia
The French Senate called for sanctions on Baku, as Paris recognizes the Republic of Nagorno-Karabakh, and is urging Azerbaijan to withdraw from Armenian territory
Nov 25, 2022
Turkey in final stages of talks for up to $10bn funding from Qatar: Report
One of the officials said the total funding could take the form of a swap, Eurobond or other method
Nov 25, 2022
Government formation talks in Israel to allow for ‘soft annexation’ of West Bank
Benjamin Netanyahu has reportedly agreed to allow Israel's leading supremacist group control of the occupied West Bank
Nov 25, 2022
UAE disguises new military base in Yemen as civilian airport
The new military airport, which has replaced a former Emirati base in Eritrea, will serve as a logistical supply hub
Nov 25, 2022
PreviousNext
Most Popular
No pain, no grain: Putin’s Black Sea comeback
BY Pepe Escobar Nov 02, 2022
The Huseynyun: Iran’s challenge in forming a ‘Hezbollah of the Caucasus’
BY Yeghia Tashjian Nov 04, 2022
Switzerland finds no reason to label Hezbollah a terrorist organization
Nov 05, 2022
Imran Khan shot in apparent assassination attempt
Nov 03, 2022
The Gray Wolf returns to Central Asia: Turkey’s ambitions for the region
BY Erman Çete Nov 01, 2022