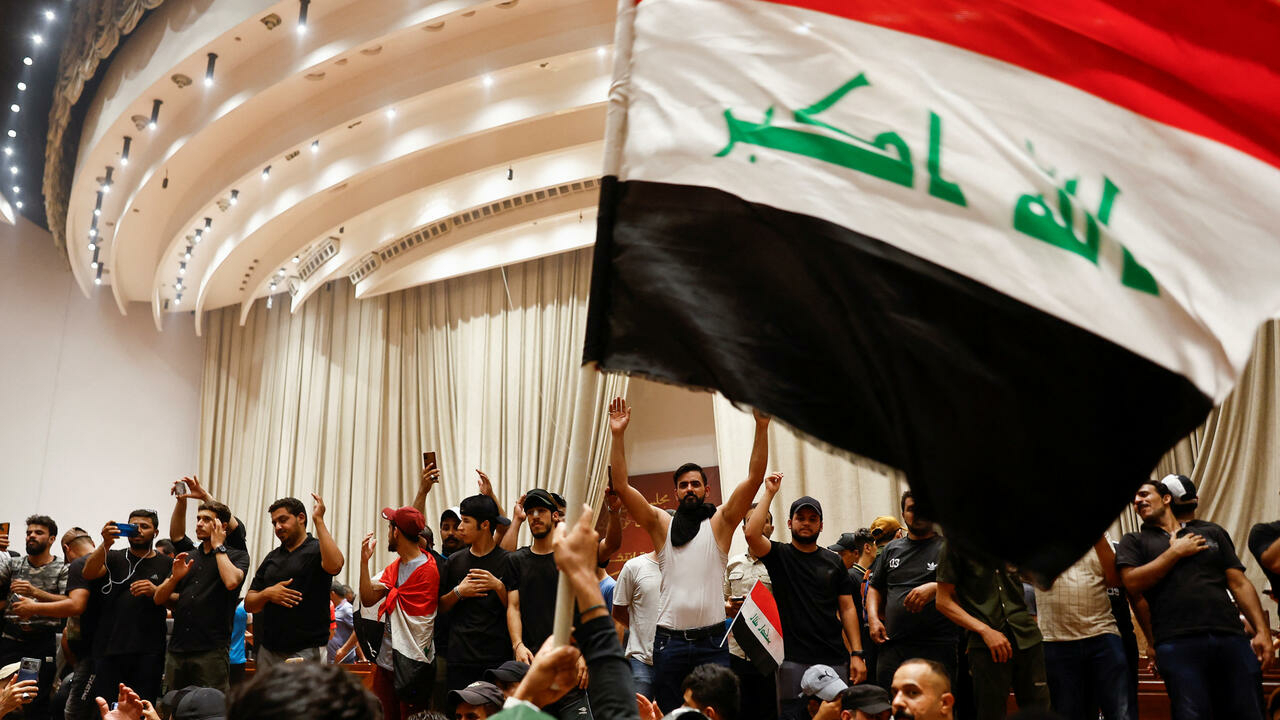 A heavy security contingent has been deployed to protect the entrance to the Green Zone district of Baghdad ahead of mass protests expected for 1 August.

The leaders of the Coordination Framework (CF) called for citizens to join counterprotests after supporters of Shia cleric Muqtada al-Sadr occupied parliament.

Since 30 July, Sadrist supporters have been occupying the parliament building, following Al-Sadr’s call to “push for a complete overhaul of the political system,” including a new constitution.

“The lofty spontaneous revolution that liberated the Green Zone is the first stage of a golden opportunity … to dispel the darkness of corruption, stranglehold in power, and loyalty to foreign powers,” Al-Sadr wrote on Twitter on 31 July.

“The recent developments portend plots of a suspicious coup to seize the state, abolish its legitimacy, insult its constitutional institutions, and cancel the democratic process in it,” the CF committee in charge of organizing Monday’s counterprotests said in response to Al-Sadr.

CF leaders announced that the Popular Mobilization Units (PMU), also known as Hashd al-Shaabi, will be in charge of security for the counterprotests.

“The demonstration will be attended by leading figures in the Coordination Framework and Hashd al-Shaabi,” the statement added, “PMU fighters will establish a security parameter to protect the demonstrators.”

“The demonstration will not carry anti-Sadr slogans, but against Mustafa Kadhimi’s government. The road leading to the airport will be blocked to ensure he does not leave the country,” the CF statement concluded.

The CF is an ad-hoc group of parties that lost by a large margin to the Sadrist bloc last year. Since Al-Sadr asked his lawmakers to resign en-masse in June — before announcing his own retirement from politics — the CF has been leading talks to form a government.

Since last October, Al-Sadr has refused numerous calls for cooperation with the CF, claiming his right to form a majority government that excludes all other Shia political parties, sinking Iraq further into chaos.