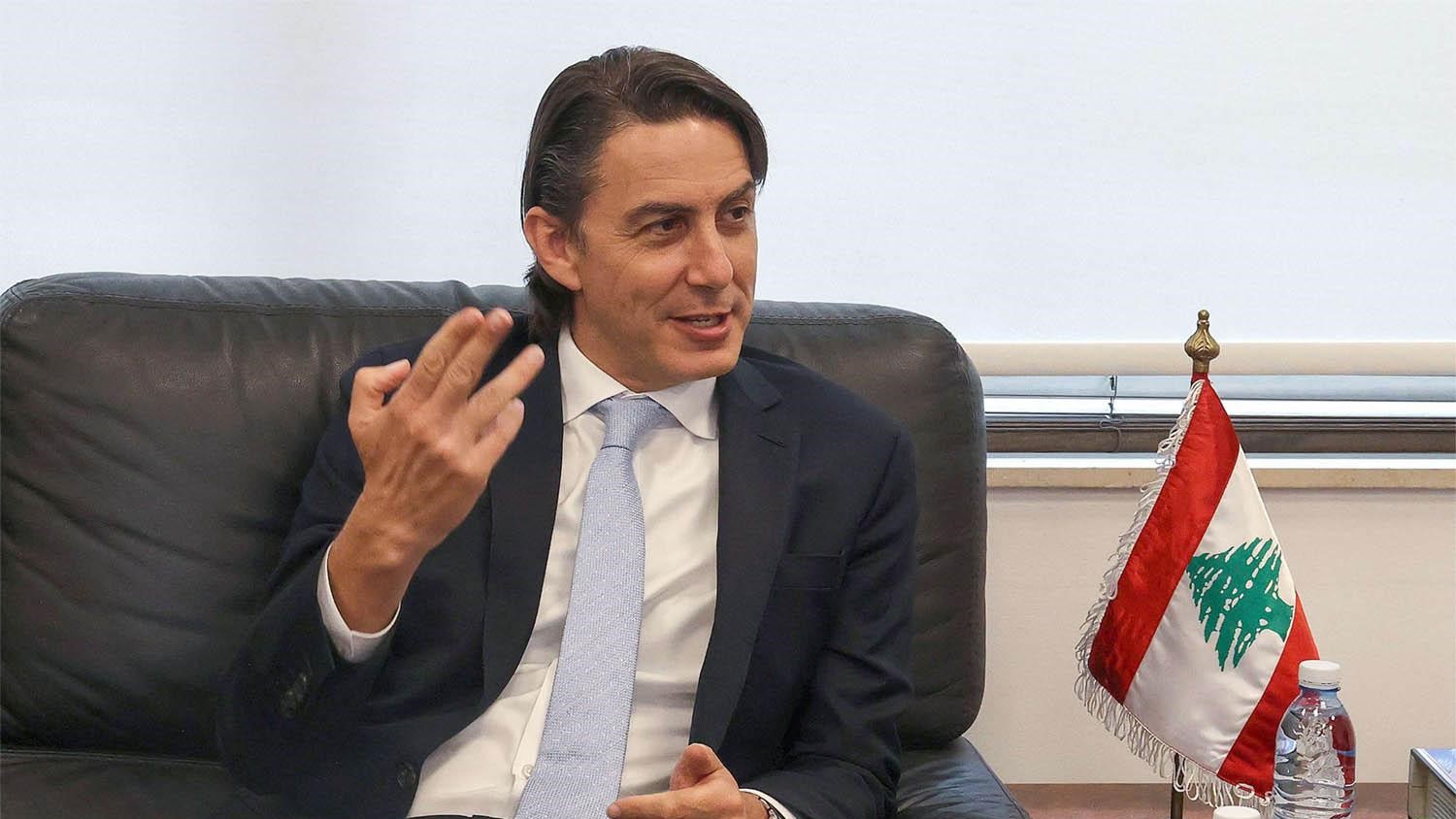 The US mediator in maritime border negotiations between Israel and Lebanon, Amos Hochstein, says he remains “optimistic” about reaching a final agreement between the two sides “in the coming weeks.”

His comments came after meeting with Lebanon’s president, prime minister-designate, and parliament speaker on 1 August. The US ambassador to Lebanon, Dorothy Shea, was also present.

However, Deputy Speaker of Parliament Elias Bou Saab called the atmosphere “positive” and told reporters that Hochstein “did not suggest that we share the [resources with Israel].”

Bou Saab added that Lebanon has renewed its demands for complete control of its natural riches.

According to Al Jazeera TV, the Israeli proposal presented by Hochstein would grant Lebanon the area north of Line 23, including the unproven Qana gas field, while giving Israel full control of the disputed Karish gas field.

US-mediated talks to demarcate the maritime border between Lebanon and Israel restarted back in June, after Tel Aviv began preparations to drill for gas in Karish.

Ahead of Hochstein’s arrival to Beirut, Israeli media revealed that Tel Aviv has been pressuring the US to finalize an agreement before the September deadline given by Lebanese resistance movement Hezbollah.

Last month, the Secretary General of Hezbollah, Sayyed Hassan Nasrallah, gave authorities a strict deadline to secure Lebanon’s rights, saying “if you don’t give us the rights that our state is asking for … we could flip the table on everyone.”

On 31 July, a day before the US mediator’s meeting with high officials, Nasrallah echoed this warning, adding that Hezbollah would determine their response “in light of the result of the negotiations.”

“There is a historic and golden opportunity to save the country, and we need to act. Therefore, let us take the risk. We are ready to offer ourselves and our loved ones to protect our country and our people,” Nasrallah said during a televised speech.

He went on to highlight that Hezbollah has no hand in the negotiation process, and that their interest lies solely in helping Lebanon climb out of a severe economic crisis.

“We do not want to take advantage of the matter. We want the state to exploit its resources,” Nasrallah added.

Tensions have been simmering between Hezbollah and Israel after the resistance group deployed several drones to the vicinity of Karish.