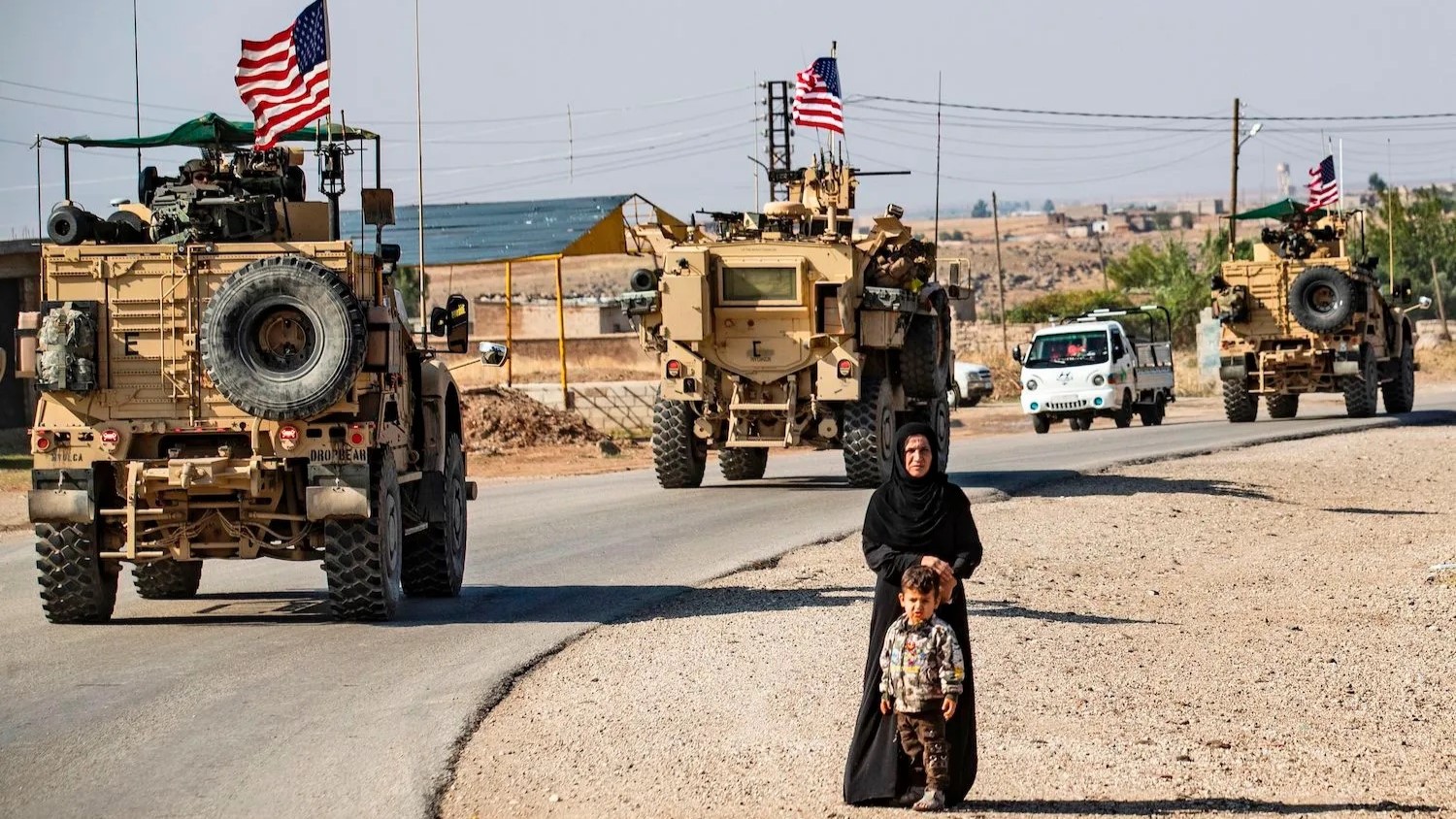 The US occupation army smuggled a convoy of 31 vehicles from Syria to Iraq in the early hours of 2 August, including several tanker trucks filled with oil plundered from the resource-rich Jazira region.

According to local sources, the oil was transferred to US bases in northern Iraq via the illegal Al-Waleed border crossing.

Nearly 200 tanker trucks filled with looted oil were smuggled out of Syria by US troops in July alone, as Washington has intensified its practice of stealing Syria’s resources to sell abroad.

The occupation army is also responsible for plundering the country’s wheat, exacerbating an acute food crisis.

Syria’s grain output dropped from an annual average of 4.1 million tons prior to the US-sponsored war, to an estimated 1.05 million tons in 2021, according to the Food and Agriculture Organization (FAO).

The World Food Programme (WFP) says 12.4 million Syrians, or close to 70 percent of people in the country today, are food insecure.

Once a major wheat producer, Syria is now facing food shortages after 11 years of war. On top of this, soaring fertilizer prices as a result of the NATO-instigated war in Ukraine have left farmers unable to use large portions of their fields.

US troops and their proxy militia in northern Syria – the Syrian Democratic Forces (SDF) – control most of the oil fields in Hasakah and Deir Ezzor governorates, operating under the pretext of “protecting” Syria’s resources from falling under the control of ISIS.

Several nations — including Russia and China — have called on the US government to stop stealing Syria’s resources.

Popular discontent in the northeast of the country is also growing, as citizens have often set up road blockades to prevent the US occupation army from entering their towns.

Attacks on US military bases by local resistance factions have also become commonplace, with rocket attacks taking place on a monthly basis.

The deployment of US forces in Syria is illegal under international law, as it was implemented without the consent of Damascus or the UN.

Keywords
Al-Waleed border crossingattacksDeir EzzorFAOfood crisisHasakahJazirastolen oilUSUS troops
More news
Iranian prosecutor general indicates suspension of ‘morality police’
Dec 04, 2022
Israeli jets bombard Gaza in response to Palestinian rocket fire
Dec 04, 2022
OPEC+ to stick to oil output reduction
Dec 03, 2022
Turkiye: US, Russia failed to clear Kurdish separatists from border
Dec 03, 2022
PreviousNext
Iranian prosecutor general indicates suspension of ‘morality police’
While Montazeri confirmed that operations of the morality police are currently over, there is no indication that they have been permanently dissolved
Dec 04, 2022
Israeli jets bombard Gaza in response to Palestinian rocket fire
The missile attacks were reportedly launched in retaliation to the execution of an unarmed Palestinian man by an Israeli soldier in the West Bank a day earlier
Dec 04, 2022
OPEC+ to stick to oil output reduction
Washington's most senior energy, economic, and foreign policy officials were tasked with lobbying Kuwait, Saudi Arabia, and the UAE to vote against the proposed output cuts
Dec 03, 2022
Turkiye: US, Russia failed to clear Kurdish separatists from border
Turkey has carried out a series of incursions into Syria since 2016 and already controls parts of northern Syria
Dec 03, 2022
Turkiye jails extradited PKK member from Sweden
The suspected Kurdistan Workers' Party member was immediately arrested upon his arrival at Istanbul airport
Dec 03, 2022
Iranian tanker formerly impounded by Greece docks in Syria
The arrival of the Iranian fuel at the port of Baniyas comes as Syria faces severe energy shortages
Dec 03, 2022
Neo-fascist Christian militia takes to the streets in Lebanese capital: Report
Lebanon's new right wing Christian militia boasts members that took part in last year's shooting of Hezbollah and Amal supporters in the Tayouneh neighborhood of Beirut
Dec 03, 2022
Iraq dismisses border guards commander to quell tensions with Iran and Turkey
Baghdad will form a joint committee with the leadership from the semi-autonomous Kurdish region to coordinate with Iran and Turkey an end to recent border tensions
Dec 03, 2022
Qatar pressures Hamas to avoid military escalation in Gaza until World Cup ends: Report
The reported pressure from Doha, however, has no bearing on the activities of the PIJ, another Gaza-based resistance faction with deep ties in the West Bank
Dec 03, 2022
UAE to disburse $817 million in housing support for citizens
The UAE president earlier waived off over $146 million of debts for 1,214 Emirati citizens
Dec 02, 2022
PreviousNext
Most Popular
US-Turkiye brinkmanship won’t reach a point of no return
BY MK Bhadrakumar Nov 28, 2022
The role of UK intelligence services in the abduction, murder of James Foley
BY William Van Wagenen Nov 25, 2022
A war of narratives: Who killed the child in Iran’s Izeh?
BY Fereshteh Sadeghi Nov 23, 2022
Pentagon fails to pass new financial audit, unable to account for over $2 trillion in assets
Nov 23, 2022
Israel, US to conduct air drill simulating attack on Iran
Nov 28, 2022