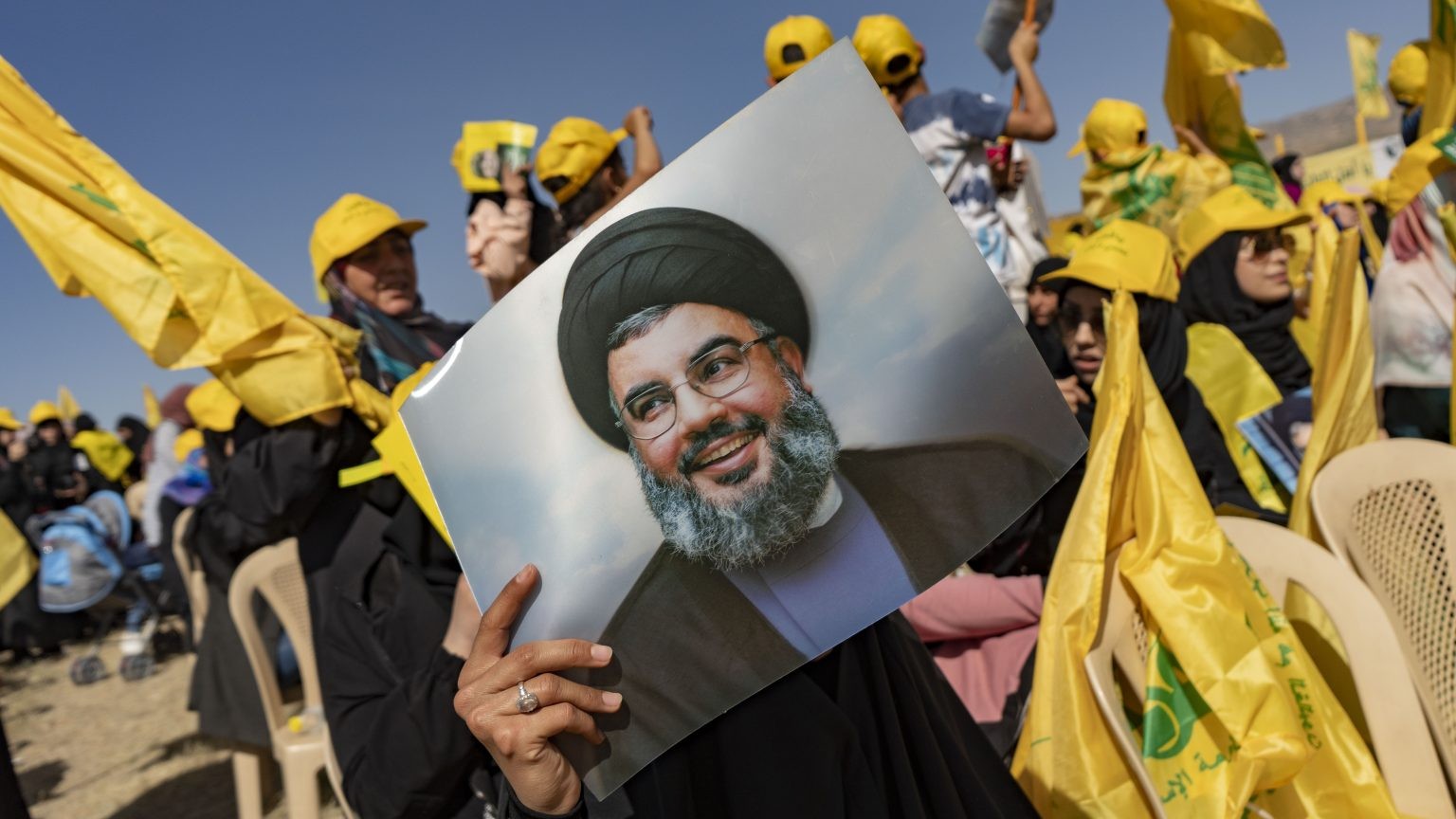 During a speech made on 2 August commemorating the fifth night of Ashura, Lebanon’s resistance leader, Sayyed Hassan Nasrallah, said that there is little time to reach a just solution in the ongoing maritime border demarcation dispute between Beirut and Tel Aviv, but that Hezbollah will wait and see how things develop.

“We will give the border demarcation file a little time, to see where things will go,” Nasrallah said, adding, however, that “time is short, and in light of the answer, we will act.”

“The [US] must pay attention… to time. The stance of the resistance and the state on the border demarcation issue are in alignment,” he went on to say, reiterating Hezbollah and the Lebanese government’s call for an end to Israeli procrastination in the matter.

Last month, Nasrallah gave Lebanese authorities a six-week deadline to secure Lebanon’s rights over their natural resources, and stressed that the situation will deteriorate if a solution is not reached by September.

During the speech, the resistance leader referred to the US-sponsored deal to import gas into Lebanon through Jordan and Syria as a false promise, and asked why Lebanese allies of the Gulf states have not asked Riyadh or Abu Dhabi to provide the country with oil.

The US-sponsored gas deal, which came just after Hezbollah sought to import Iranian fuel into the country last year, has failed to materialize due to US refusal to provide the companies involved with a sanctions waiver to evade the repercussions of the Caesar Act.

The Caesar Act, passed in 2019 by the US Congress, imposed harsh sanctions on Syria and currently prohibits countries from cooperation or trade with the Damascus government.

Despite the current stalemate in the negotiations, Nasrallah pointed out that the latest round of talks between Lebanese officials and the US-mediator, Amos Hochstein, were more positive.

According to an Israeli Channel 12 report at the end of last month, Tel Aviv is pressuring the US to finalize an agreement on the maritime border before the September deadline given by Hezbollah.

Less than a week earlier, interim Israeli Prime Minister Yair Lapid reportedly told US mediator Amos Hochstein that he hopes to reach a deal with Lebanon “as soon as possible,” out of fear that Hezbollah will step up its operations against Israel.

The concern comes in light of Hezbollah’s recent drone operation in the Karish gas field.

On 31 July, the official military media office of Hezbollah released a video of drone footage showing the gas drilling ships stationed near the field. The video included exact coordinates of each extraction rig and their distance from Lebanese shores, serving as a reminder to Israel that the resistance group is ready to secure Lebanon’s rights through military force.

Keywords
Amos HochsteinCaesar ActHezbollahIsraelKarish gas fieldLebanonmaritime border disputeSyriaUSUS sanctions
More news
Iranian prosecutor general indicates suspension of ‘morality police’
Dec 04, 2022
Israeli jets bombard Gaza in response to Palestinian rocket fire
Dec 04, 2022
OPEC+ to stick to oil output reduction
Dec 03, 2022
Turkiye: US, Russia failed to clear Kurdish separatists from border
Dec 03, 2022
PreviousNext
Iranian prosecutor general indicates suspension of ‘morality police’
While Montazeri confirmed that operations of the morality police are currently over, there is no indication that they have been permanently dissolved
Dec 04, 2022
Israeli jets bombard Gaza in response to Palestinian rocket fire
The missile attacks were reportedly launched in retaliation to the execution of an unarmed Palestinian man by an Israeli soldier in the West Bank a day earlier
Dec 04, 2022
OPEC+ to stick to oil output reduction
Washington's most senior energy, economic, and foreign policy officials were tasked with lobbying Kuwait, Saudi Arabia, and the UAE to vote against the proposed output cuts
Dec 03, 2022
Turkiye: US, Russia failed to clear Kurdish separatists from border
Turkey has carried out a series of incursions into Syria since 2016 and already controls parts of northern Syria
Dec 03, 2022
Turkiye jails extradited PKK member from Sweden
The suspected Kurdistan Workers' Party member was immediately arrested upon his arrival at Istanbul airport
Dec 03, 2022
Iranian tanker formerly impounded by Greece docks in Syria
The arrival of the Iranian fuel at the port of Baniyas comes as Syria faces severe energy shortages
Dec 03, 2022
Neo-fascist Christian militia takes to the streets in Lebanese capital: Report
Lebanon's new right wing Christian militia boasts members that took part in last year's shooting of Hezbollah and Amal supporters in the Tayouneh neighborhood of Beirut
Dec 03, 2022
Iraq dismisses border guards commander to quell tensions with Iran and Turkey
Baghdad will form a joint committee with the leadership from the semi-autonomous Kurdish region to coordinate with Iran and Turkey an end to recent border tensions
Dec 03, 2022
Qatar pressures Hamas to avoid military escalation in Gaza until World Cup ends: Report
The reported pressure from Doha, however, has no bearing on the activities of the PIJ, another Gaza-based resistance faction with deep ties in the West Bank
Dec 03, 2022
UAE to disburse $817 million in housing support for citizens
The UAE president earlier waived off over $146 million of debts for 1,214 Emirati citizens
Dec 02, 2022
PreviousNext
Most Popular
US-Turkiye brinkmanship won’t reach a point of no return
BY MK Bhadrakumar Nov 28, 2022
The role of UK intelligence services in the abduction, murder of James Foley
BY William Van Wagenen Nov 25, 2022
A war of narratives: Who killed the child in Iran’s Izeh?
BY Fereshteh Sadeghi Nov 23, 2022
Pentagon fails to pass new financial audit, unable to account for over $2 trillion in assets
Nov 23, 2022
Israel, US to conduct air drill simulating attack on Iran
Nov 28, 2022