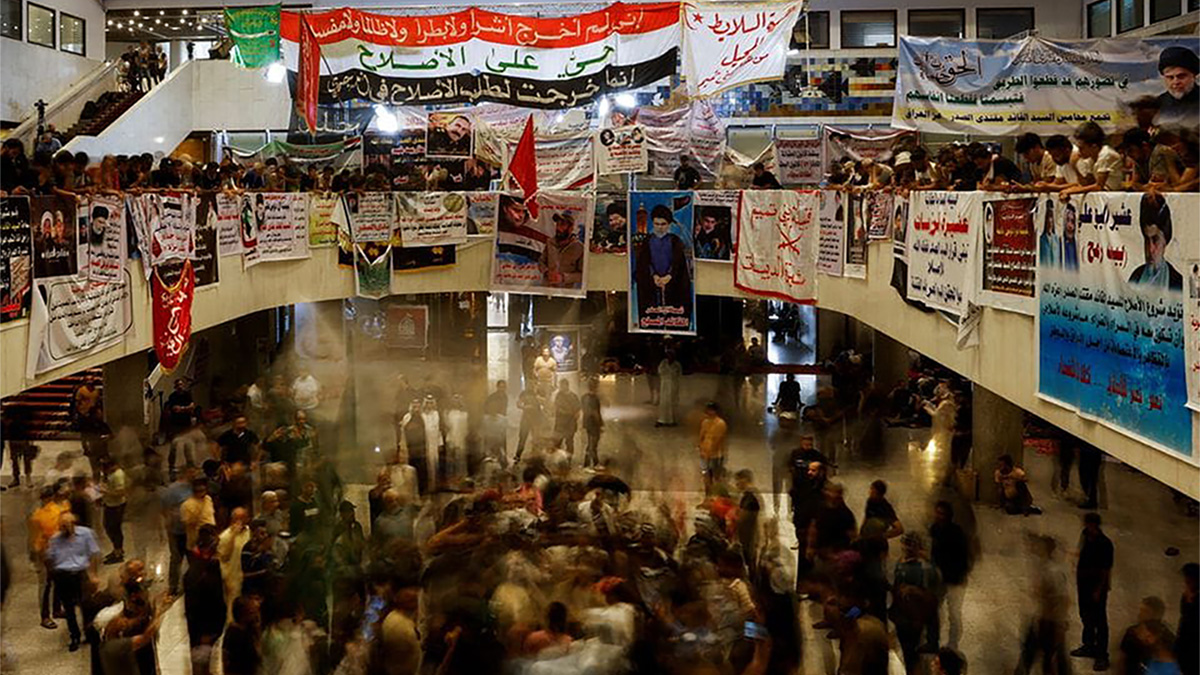 Prominent Shia cleric and leader of the Sadrist Bloc in Iraq, Muqtada al-Sadr, made a speech on 3 August calling for the disbandment of the Iraqi parliament, demanding early elections and rejecting any negotiations with what he referred to as “Iran-backed” factions.

Al-Sadr was referring to the Coordination Framework (CF), an ad hoc group of Shia parties with close ties to the Popular Mobilization Units (PMU), including the State of Law Coalition and the Fatah Alliance.

“There is no point in that dialogue, especially after people have spoken their free and spontaneous word,” Al-Sadr said, adding that negotiations in the past “didn’t result in anything for us or for the country.”

“Dissolve parliament and hold early elections,” Al-Sadr went on to say. He also called on his followers to continue their ongoing sit-in protest in the Iraqi parliament until the demands of the Sadrist Bloc are met.

On 30 July, thousands of Al-Sadr’s supporters made their way into the Green Zone in the capital Baghdad. They stormed the parliament for the second time over the span of three days, in what was initially declared by the cleric to be a “message of peace and reform.”

Following Al-Sadr’s speech, the head of the State of Law coalition and former Iraqi Prime Minister, Nuri Al-Maliki, called for solving the crisis through “a return to the constitution and respect for constitutional institutions,” urging the need for serious dialogue.

Earlier this week, the leader of the Shia Badr party, Hadi al-Amiri, called on the Sadrist movement and the Coordination Framework “to return to reason and wisdom, show restraint, and prioritize the country” through “serious and constructive dialogue.”

After Sadrist supporters stormed the parliament over the weekend, the CF called for counterprotests against Al-Sadr’s refusal for dialogue, but ended up cancelling them out of fear that an escalation of tension would lead to a civil war.